Helen Reddy Dies: ‘I Am Woman’ Hitmaker & Feminist Icon Was 78 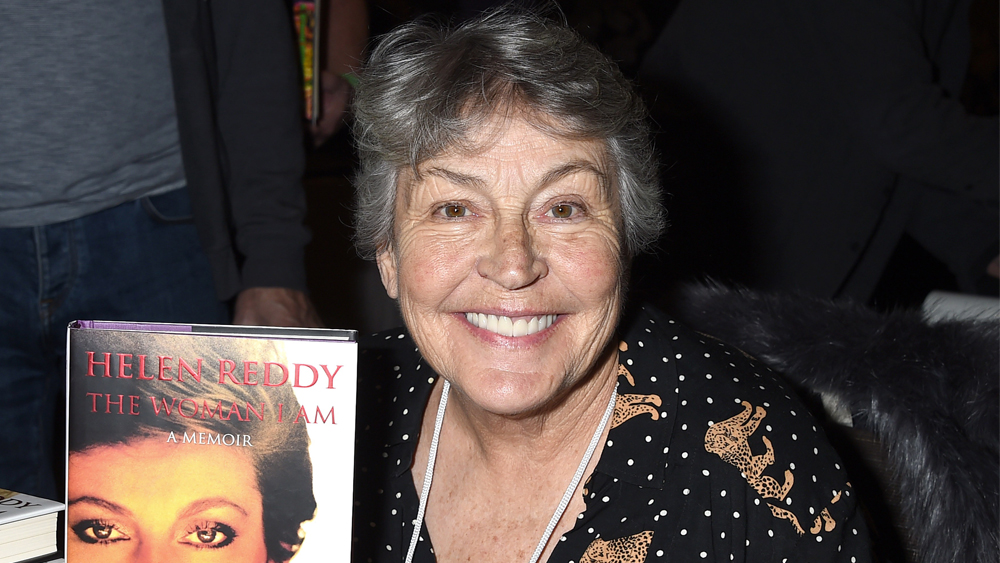 Helen Reddy, the Australian singer whose global hit “I Am Woman” became a feminist anthem and who was the subject of a 2019 biopic of the same title, died today in Los Angeles. She was 78.

“It is with deep sadness that we announce the passing of our beloved mother, Helen Reddy, on the afternoon of September 29th 2020 in Los Angeles,” her children Traci Donat and Jordan Sommers said in a statement. “She was a wonderful Mother, Grandmother and a truly formidable woman. Our hearts are broken. But we take comfort in the knowledge that her voice will live on forever.”

Born on October 25, 1941, in Melbourne; Reddy came from a showbiz family and made her debut onstage at age 4. She first hit the U.S. charts in 1971 with “I Don’t Know How to Love Him,” Mary Magdalene’s big song from Andrew Lloyd Webber’s rock opera Jesus Christ Superstar. About 16 months and a couple of minor hits later, she hit No. 1 in the U.S. and Canada with “I Am Woman,” a pro-feminism song she co-wrote with Ray Burton. It propelled her to international stardom and became an unofficial anthem of the women’s rights movement of the 1970s.

The song was earned Reddy a Grammy for Best Female Vocal and was featured in the 1972 film Stand Up and Be Counted, starring Stella Stevens. Sample lyric: “I am woman, hear me roar / In numbers too big to ignore / And I know too much to go back and pretend / ‘Cause I’ve heard it all before / And I’ve been down there on the floor / No one’s ever gonna keep me down again.”

“I Am Woman” was the first of three chart-topping singles is the U.S. for Reddy; she followed suit with the big-chorus smash “Delta Dawn” in 1973 and the haunting “Angie Baby” a year later. Other hits for the woman who ranks 18th on Billboard’s list of most successful singles acts of the 1970s included “Leave Me Alone (Ruby Red Dress),” “You and Me Against the World” and “Ain’t No Way to Treat a Lady,” all of which made the U.S. Top 10. “Keep on Singing,” “Peaceful,” “Somewhere in the Night” and “You’re My World” reached the Top 20.

Reddy also had big success on the album charts, scoring eight gold or platinum LPs from 1971-76 — all for Capitol Records. Her biggest was Helen Reddy’s Greatest Hits (1975), which has gone on to sell more than 2 million copies in the U.S.

Like many hitmakers of the era, Reddy’s pop success earned her a network variety series. The Helen Reddy Show premiered in June 1973 as a summer replacement, but it only lasted a few months. The show also featured Nelson Riddle and His Orchestra.

She would make countless other TV appearances in the ensuing decades, including memorable appearances on Late Show with David Letterman and The Muppet Show and performance shows including The Midnight Special and Bandstand. She also guested on such hit TV series as The Love Boat, Fantasy Island, The Jeffersons, Diagnosis Murder and Family Guy.

Reddy’s film credits include Airport ’75, Pete’s Dragon and Sgt. Pepper’s Lonely Hearts Club Band. She earned a Golden Globe nom for Most Promising Female Newcomer for her role as Sister Ruth in the 1975 disaster sequel Airport ’75, in which she also performed a solo acoustic version of “Best Friend,” from her 1971 debut LP I Don’t Know How to Love Him.

In 2019, she was the subject of I Am Woman, a biopic starring Tilda Cobham-Hervey as Reddy that premiered at the Toronto Film Festival and later was part of AFI Fest. Evan Peters and Danielle Macdonald co-star in director Unjoo Moon’s pic, which tells the story of the singer who smashed through the patriarchal norms of her time to become an international superstar.

When I first met Helen Reddy she told me that I would be in her life for many years. What followed was an amazing 7-year friendship during which she entrusted me with telling her story in a film that celebrates her life, her talents and her amazing legacy. I will forever be grateful to Helen for teaching me so much about being an artist, a woman and a mother. She paved the way for so many and the lyrics that she wrote for I am Woman changed my life forever like they have done for so many other people and will continue to do for generations to come. She will always be a part of me and I will miss her enormously. On behalf of all of us involved in making the film I am Woman, producer Rosemary Blight and I extend our condolences to Helen’s family especially her children Traci and Jordan, her granddaughter Lily and her ex-husband Jeff.