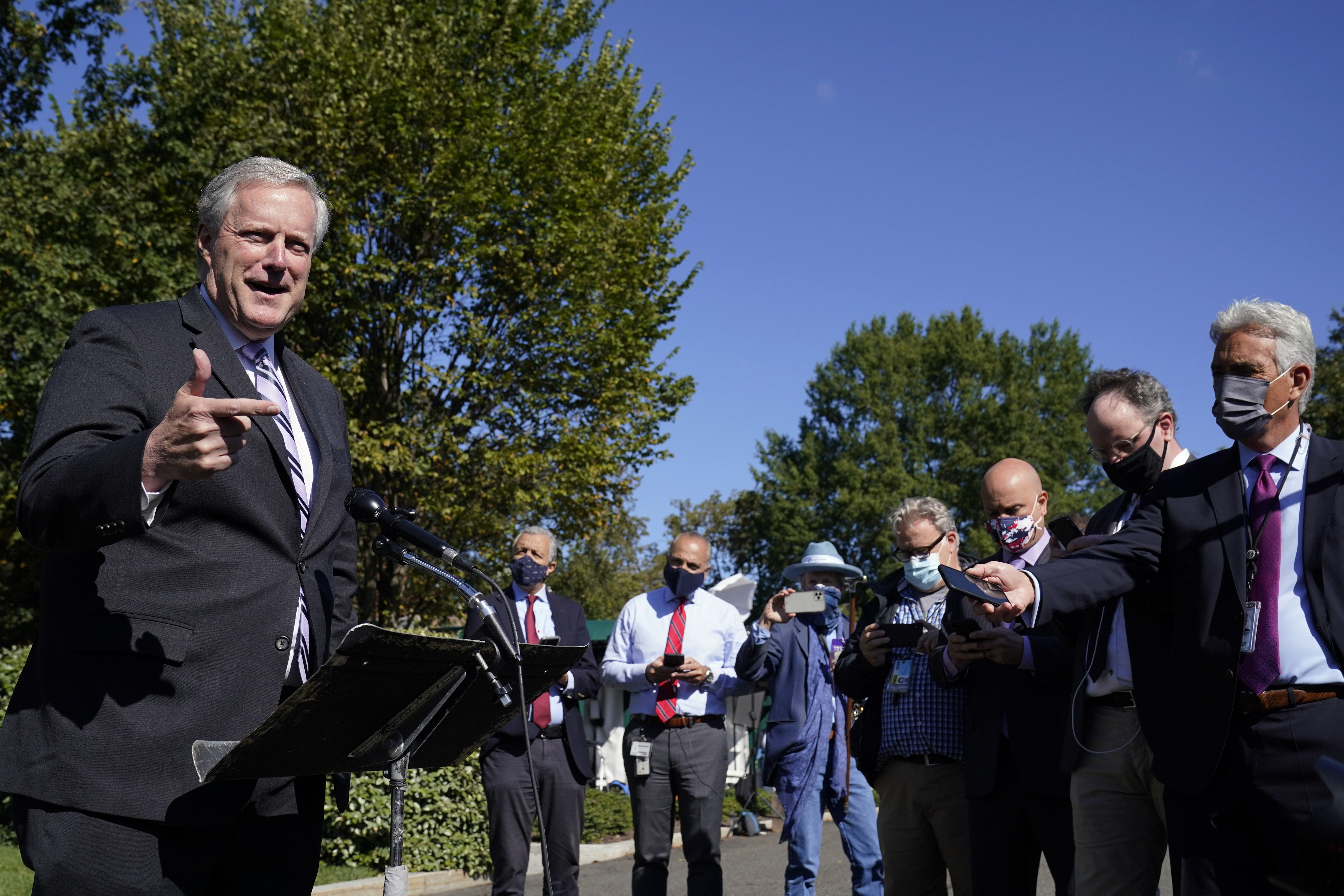 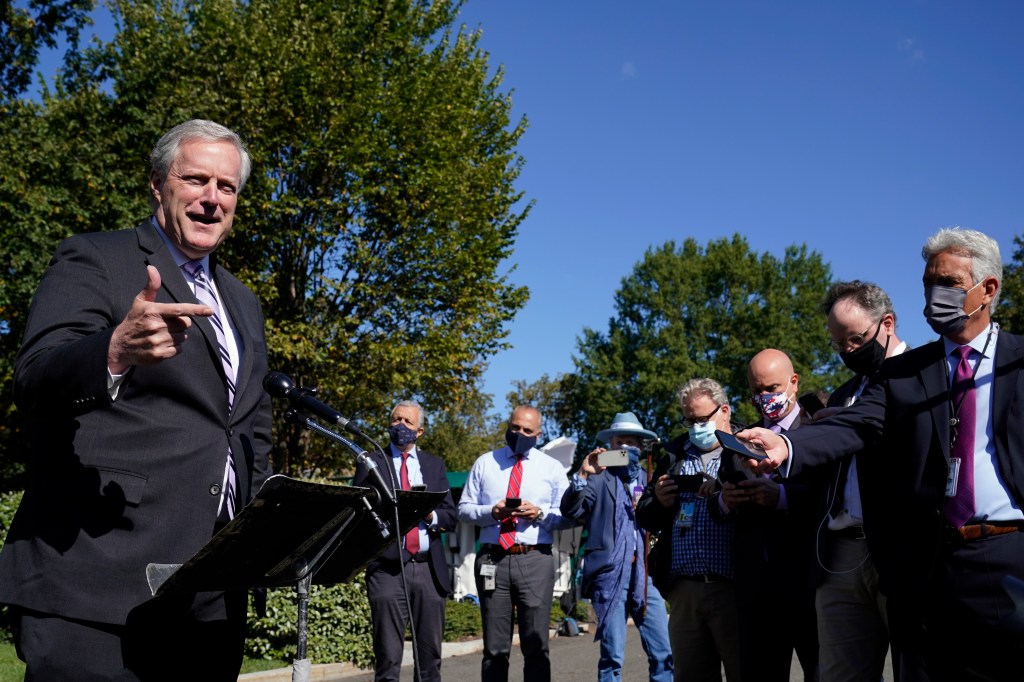 Donald Trump is experiencing mild symptoms after testing positive for COVID-19, his chief of staff Mark Meadows said on Friday.

“I’m optimistic he will have a very quick and speedy recovery,” Meadows told reporters.

He did not say what kind of treatment the president was receiving.

“He continues to be not only in good spirits but very energetic,” Meadows said. “We’ve talked a number of times this morning. I got five or six things he tasked me to do like I do every sigle morning, and he certainly wanting to make sure that we stay engaged.”

He said that doctors continue to monitor Trump’s health and that of First Lady Melania Trump.

The first lady said in a tweet that she also was experiencing mild symptoms “but overall feeling good. I am looking forward to a speedy recovery.”

Trump announced early on Friday that he and the first lady tested positive, just hours after news broke that one of his closest aides, Hope Hicks, received a positive diagnosis.

Meadows said that they discovered that Hicks’ tested positive right as Marine One was taking off on Thursday afternoon for a fundraiser in Bedminster, NJ.

“We actually pulled some of the people that had been traveling and had been in close contact,” he said, adding that they began contact tracing. But it was unclear why the president went forward with that event.

Meadows was not wearing a mask as he spoke from a distance to reporters who were wearing face coverings.

“What you have is a virus that is contagious that certainly continues to be regardless of whatever protocol we have, that it has the ability to affect everybody,” he said.

While the White House has had protocols in place — including frequent testing — they have not been judicious about the wearing of masks. Trump accepted the Republican nomination on the White House lawn in front of a crowd that was largely maskless and did not socially distance, and at Tuesday’s debate, he mocked Joe Biden for so frequently wearing a face covering.

Meadows said that they have tested all of their core staff, including himself, Jared Kushner, Dan Scavino, and they have come back with negative results.

But he said that he expects that others in the White House will have a positive test result.

Trump’s top economic adviser Larry Kudlow said earlier on Fox Business that he had “been told secondhand” that Trump’s situation “is light on the virus.” He said that he spoke to Trump on Thursday night and “he didn’t sound bad after a long day, but whatever.”

Kudlow told reporters at the White House that Trump is “a strong man….he’s a very strong man.”