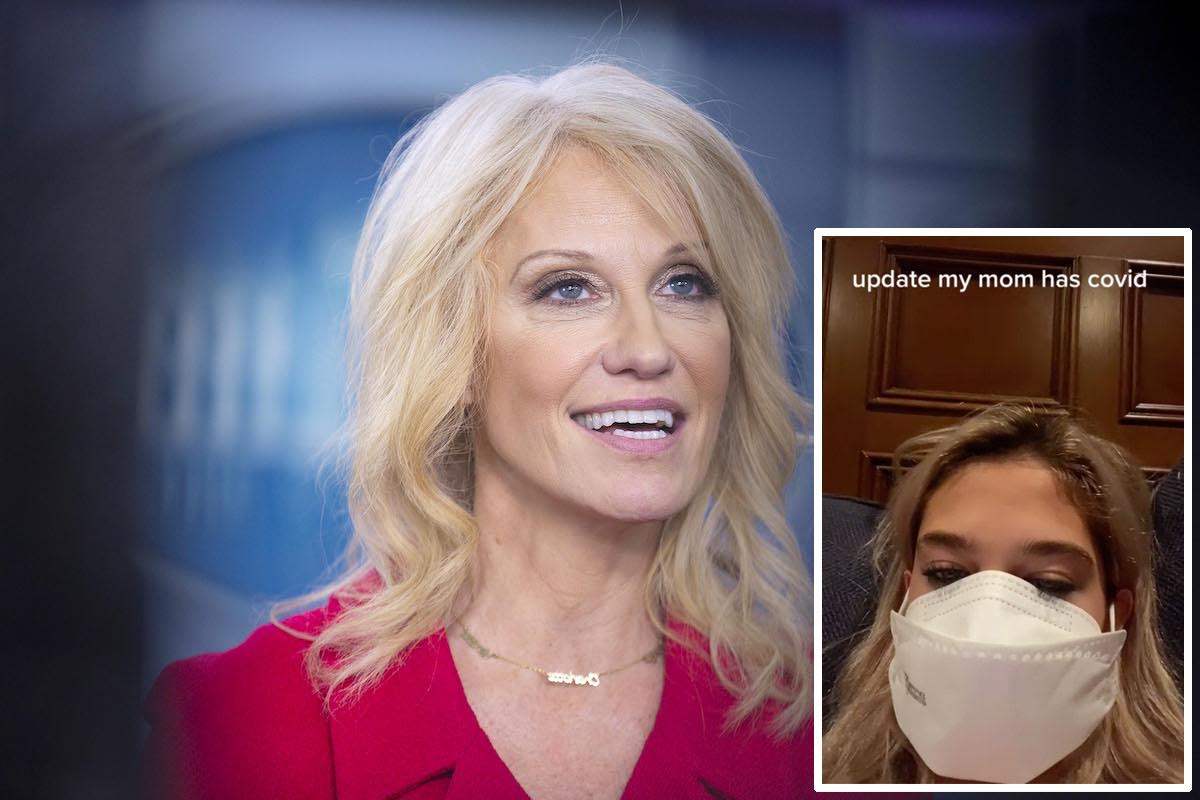 Another attendee of what’s being referred to as a “superspreader” gathering has tested positive for COVID-19.

Kellyanne Conway, former Counselor to Donald Trump who stepped down from her role in August after public feuding with her teenage daughter Claudia Conway, has tested positive for the coronavirus. As of writing, eight people who attended the White House gathering last week have tested positive, including the President and First Lady.

The 15-year-old was the first to hint via TikTok that her mother was not feeling well on Friday afternoon, just after the President was taken from the White House to the Walter Reed National Military Medical Center in Maryland:

In a follow-up video with the same audio, Claudia wrote: “when my lungs hurt and its hard for me to breathe,” insinuating that she could be experiencing symptoms of the virus as well. She shortly after confirmed her mother’s positive diagnosis:

In another short vid where Claudia can be seen wearing a mask, she criticized the current situation, writing:

“im furious. wear your masks. dont listen to our idiot f**king president piece of s**t. protect yourselves and those around you.”

Kellyanne soon after confirmed the news herself, tweeting on Friday evening:

“Tonight I tested positive for COVID-19. My symptoms are mild (light cough) and I’m feeling fine. I have begun a quarantine process in consultation with physicians.

As always, my heart is with everyone affected by this global pandemic.”

It is unclear if Claudia or other members of her family have tested positive.

And she’s not the only one who has been newly diagnosed! Former New Jersey Governor Chris Christie, also an attendee at last week’s Supreme Court nomination, has also tested positive. The 58-year-old was also present with advisers and Trump ahead of Tuesday’s presidential debate. He initially tweeted out Friday:

“I want to thank all who have called and texted in the last few hours to check on my health. I feel fine and have no symptoms. I was last tested for COVID on Tuesday (it was neg) and was tested this morning. No results until tomorrow. I will let you know the results from here.”

But by Saturday morning, Christie’s test had come back positive:

“I just received word that I am positive for COVID-19. I want to thank all of my friends and colleagues who have reached out to ask how I was feeling in the last day or two. I will be receiving medical attention today and will keep the necessary folks apprised of my condition.”

We’re hoping for a speedy recovery for all.

15 Celebrities Who Regret Altering Their Appearance
Ally Brooke Reveals She’s a Virgin at 27, Says She’s Saving Herself For Marriage