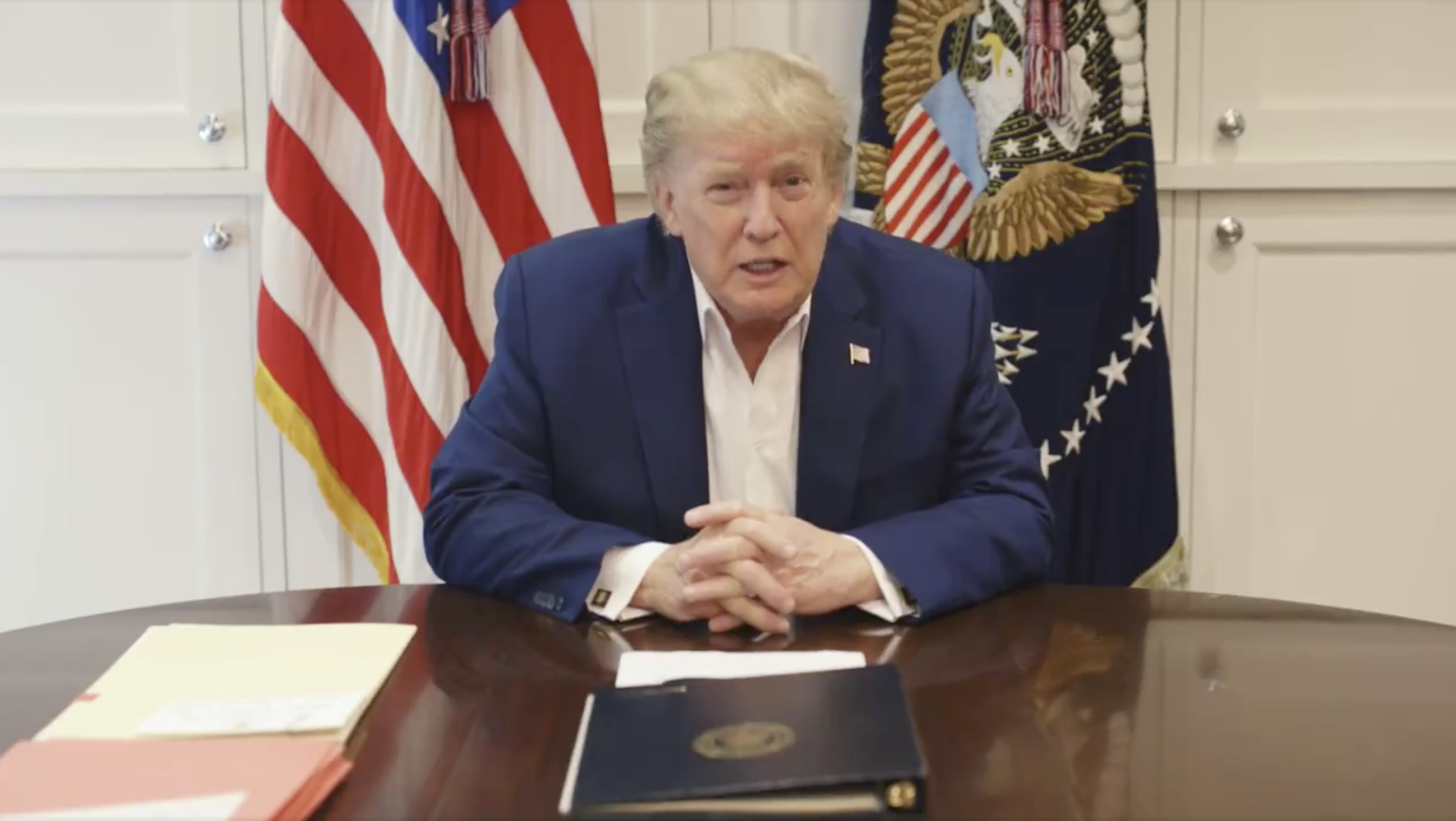 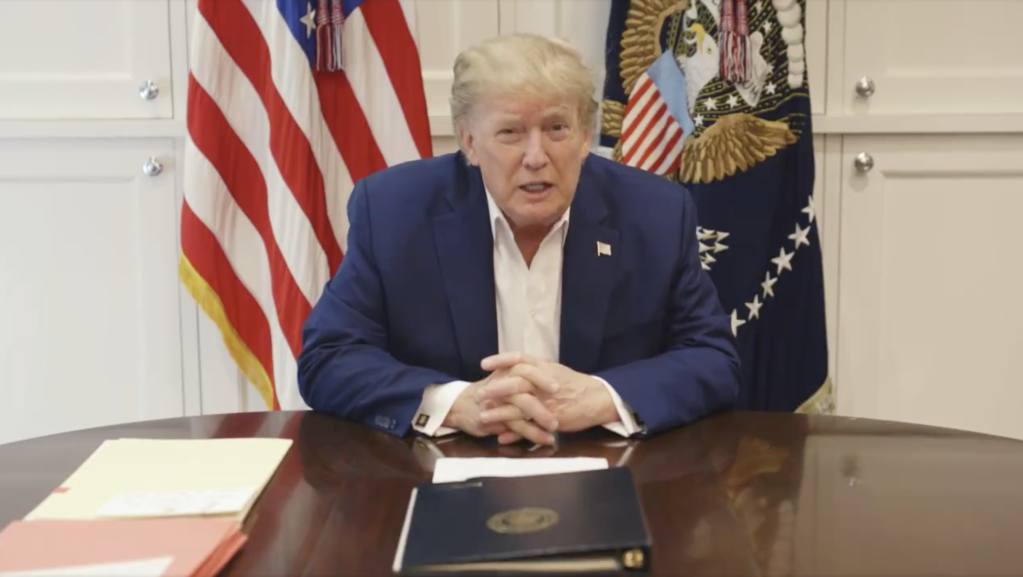 After a day of confusion and coronavirus chaos from the White House, Donald Trump has just released a video that is clearly aimed to calm political nerves over his condition.

“I came here, wasn’t feeling so well,” the ex-Celebrity Apprentice host said in footage from Walter Reed Medical Center posted on his Twitter feed. “I feel much better now,” he added in the 4-minute straight to camera video that was obviously being read off a teleprompter. “We’re working hard to get me all the way back.”

“I’ll be back, I think I’ll be back soon,” Trump continued in the small scale POTUS address. “And I look forward to finishing up the campaign the way it was started,: he went on to say.

“You don’t know over the next period of a few days, I guess that’s the real test,” the poll sagging incumbent went on to declare, echoing language stated OTR by his Chief of Staff Mark Meadows earlier Saturday. “So we’ll be seeing what happens over those next couple of days.”

Watch all of Trump’s latest video below: