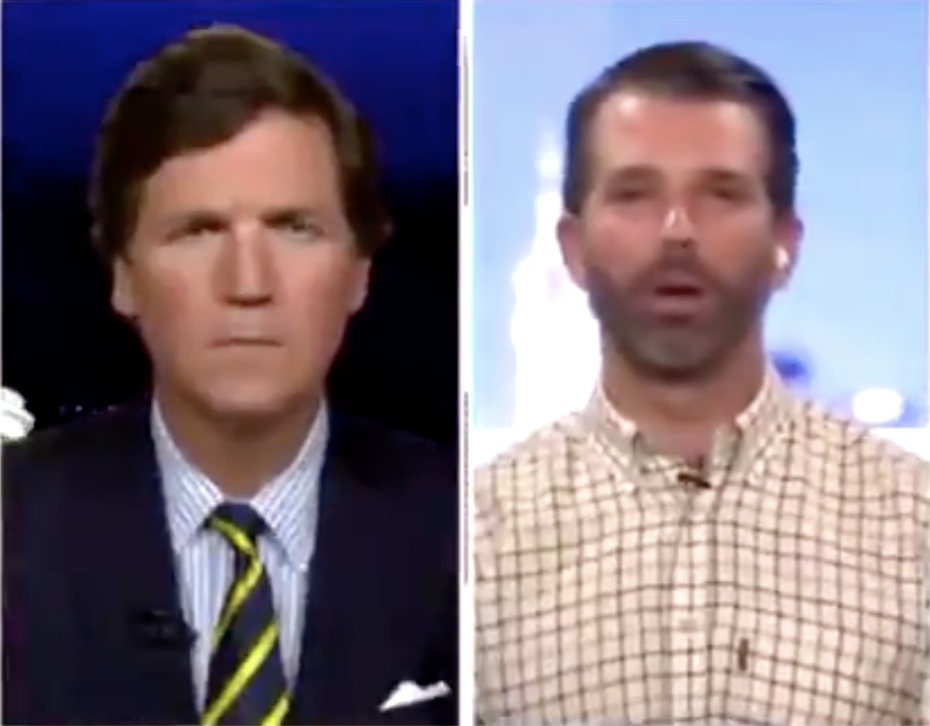 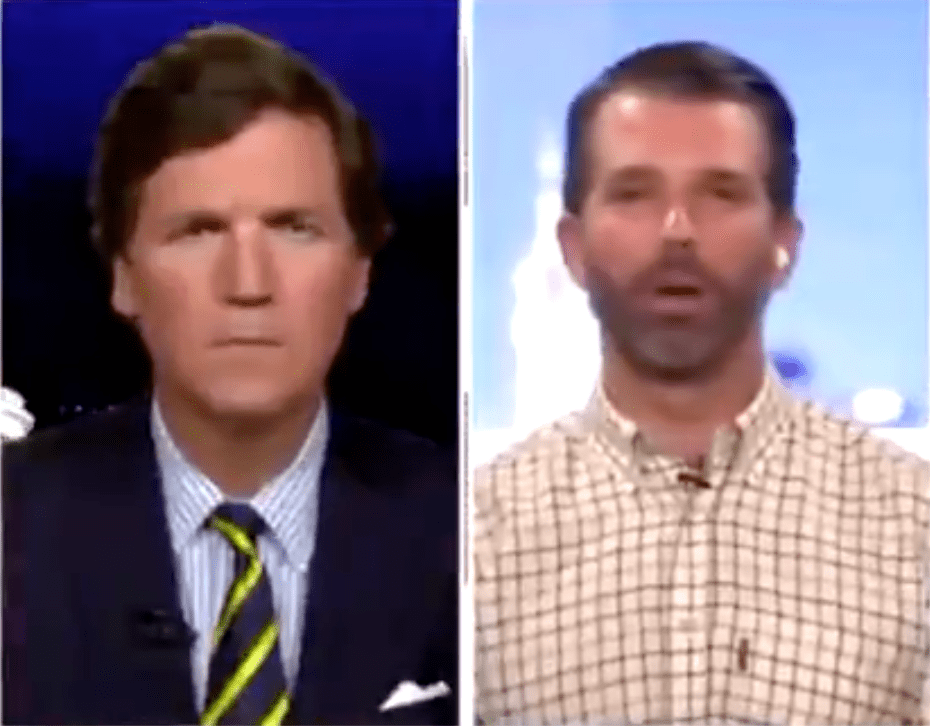 “I spoke to him this morning” Donald Trump Jr. told Tucker Carlson of his father, who’d been hospitalized on Friday night. “Obviously, he’s taking it seriously, but it’s business with usual. I’m 42 years old. I don’t know that I’ve ever seen him sick with the flu or whatever. He’s a fighter.”

The elder Trump, who is 74, was whisked to Walter Reed Hospital just an hour or so before as media reports about the nature of the president’s coronavirus infection worsened.

“As it relates to running the free world,” said the trump scion, “it’s business as usual. He’s still working.”

Trump adviser said there is reason for concern about Trump’s health tonight. “This is serious,” the source said. The source went on to describe Trump as very tired, very fatigued, and having some trouble breathing. WH officials continue to say Trump will be fine.

The breathing part is the most concerning piece, given that one of the primary complications with coronavirus — and flu in general — is Trump’s trouble breathing. That is why, at the outset of the pandemic, ventilators were in such short supply: They help critically ill people breathe.

But Trump Jr. was optimistic, especially given his father’s constitution.

“Usually when I speak with my father,” he said, “it’s after midnight and he’s still in the Oval Office. My father’s always been a worker.”

As for presidential advisor Hope Hicks, who may or may not be patient zero of the White House outbreak, “She’s doing well,” said Don Jr. “I just texted her a little earlier. She wants to get back at it.”

There are others in the president’s orbit recently who also have tested positive. First Lady Melania Trump’s positive diagnosis was announced at the same time the president’s was. Midday Friday it was announced that two members of the White House press corps had tested positive for the coronavirus, as well as a White House staffer who sits in close proximity to where reporters typically gather in the West Wing.

An event held at the White House over the weekend may turn out to be a super-spreader event among the D.C. elite, according to the Washington Post:

Sen. Thom Tillis became the second senator to announce a positive test on Friday, following Sen. Mike Lee of Utah. Both Republican senators were at Trump’s Saturday announcement of Amy Comey Barrett as his Supreme Court nominee. Tillis met with her Wednesday at the Capitol and had an in-person debate with Democrat Cal Cunningham, with whom he is in a tight race, on Thursday.

Video of a mask-less Lee hugging at the event is, in retrospect, concerning.

Well, it’s looking like the Amy Coney Barrett announcement in the Rose Garden was the COVID super spreader event.

But Trump Jr. seemed confident that the outbreak at 1600 Pennsylvania Avenue would not be widespread.

“The protocols around my father are pretty amazing,” he told Carlson. “You know that Kimberly [Guilfoyle] got it and the only way we knew is that they test everyone around him. If he can get it, anyone can.”

Personally Trump Jr. said he is, “going to take a week off until Tuesday. I’ll get tested again then and, if I’m negative, get back out on the road and campaign.”

And what about his father? What about the debates with Joe Biden?