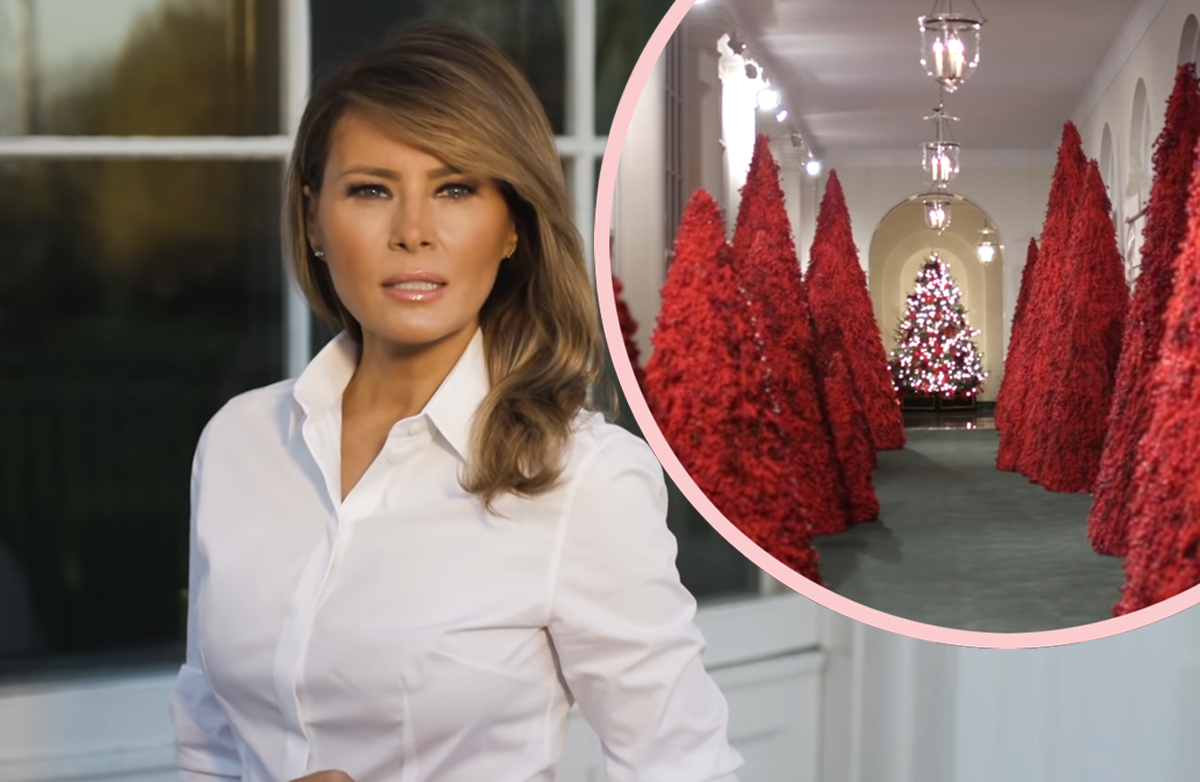 Back in the summer of 2018, the First Lady faced major backlash when she wore a jacket that read “I REALLY DON’T CARE, DO U?” on the back while visiting an immigrant child detention center in McAllen, Texas. At the time, her husband defended her and said the shade was thrown at the “fake news media,” not the children, which FLOTUS later corroborated.

However, we pretty much just got confirmation that it was in fact about the child separation! Not that anyone is really surprised…

In newly released audio tapes which first aired via CNN‘s Anderson Cooper 360 on Thursday evening, Barron Trump‘s mother can be heard speaking with senior advisor and former friend Stephanie Winston Wolkoff with her REAL thoughts on the controversial situation:

Melania Trump: Yeah and it’s not true that they would … you know what I mean? Some of them, they using that lines. They’re not professional, but they’re teached by other people what to say to come over and to let them go to stay here. Because they could easily stay in Mexico, but they don’t want to stay in Mexico because Mexico doesn’t take care of them the same as America does. They say I’m complicit. I’m the same like him, I support him. I don’t say enough. I don’t do enough –

Wow! “Who gives a f**k about Christmas stuff?” Try Fox News, you hubby’s pals who have been ranting about a “war on Christmas” for the past two decades?? LOLz!

In case you need a refresher, here’s a look at The Handmaid’s Tale-esque 2018 Christmas decor she was “working” her “ass” off to create that year:

Melania then spoke about doing her duty — and apparently about being hassled about migrant children at the border being separated from their parents and thrown in cages — something she could not give two s**ts about apparently!

“Okay, and then I do it. And I say that I’m working on Christmas planning for the Christmas. And they said, ‘Oh, what about the children that they were separated?’ Give me a f**king break. Where they were saying anything when Obama did that?”

Of course, the old, “What, like Barack Obama never put children in cages” defense. Straight from the war-on-Christmas people themselves.

So about that jacket? The 50-year-old admits it’s about owning the “liberals” — who “deserve” to be driven crazy with this kind of gaslighting, for reasons unbeknownst to us:

MT: You would not believe it. They would not do the story. Because they are not-

MT:  … they would not do the story because they are against us because they’re liberal media. Yeah, if I go to Fox, they will do the story. I don’t want to go to Fox. All the time that he’s the only one for everything. You understand?

SWW: I do. So what prompted you to want to buy that jacket?

MT: I’m driving liberals crazy that’s for sure. And they deserve it. You understand?

Well, children being separated from their parents would be categorized under “the worst.” Her Christmas deco? Well, it has a certain Tim Burtonesque charm at least…

Listen to more leaked audio from the Melania and Me author (below):

[Image via The White House/YouTube.]