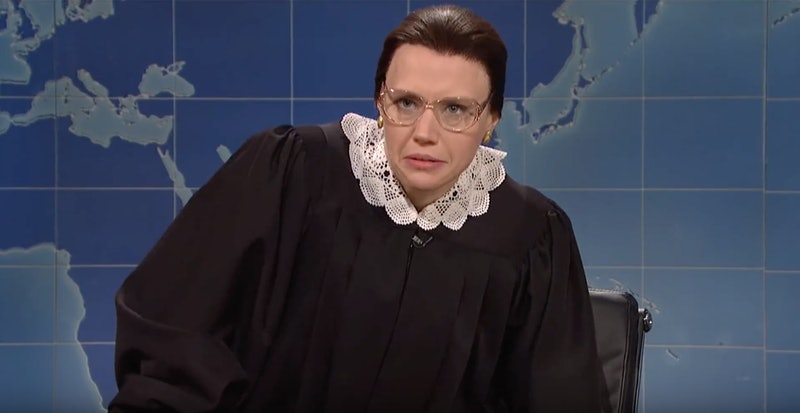 At the end of Weekend Update during the season premiere of NBC’s Saturday Night Live, the camera panned to the audience where, in the first row, McKinnon, as RBG, bowed and looked up to the heavens. The tribute culminated with a card, featuring key elements of McKinnon’s RGB costume, including her signature lace collar and glasses, and the words, “Rest in Power.”

“For so many of us, Justice Ginsburg was a real-life superhero: a beacon of hope, a warrior for justice, a robed crusader who saved the day time and again,” McKinnon said in a statement following Ginsburg’s passing. “Playing her on SNL was a profound joy because I could always feel the overwhelming love and gratitude that the audience had for her,” she said. “It was one of the great honors of my life to meet Justice Ginsburg, to shake her hand, and to thank her for her lifetime of service to this country.”

In an interview last week, Saturday Night Live boss Lorne Michaels hinted that we may not have seen the last of McKinnon as Ginsburg on the show. Asked in New York Times interview whether the death of the beloved Supreme Court Justice will mean the end of McKinnon’s recurring impersonation, he said, “I doubt it.”