Trump “Not Out Of The Woods” Says White House Physician 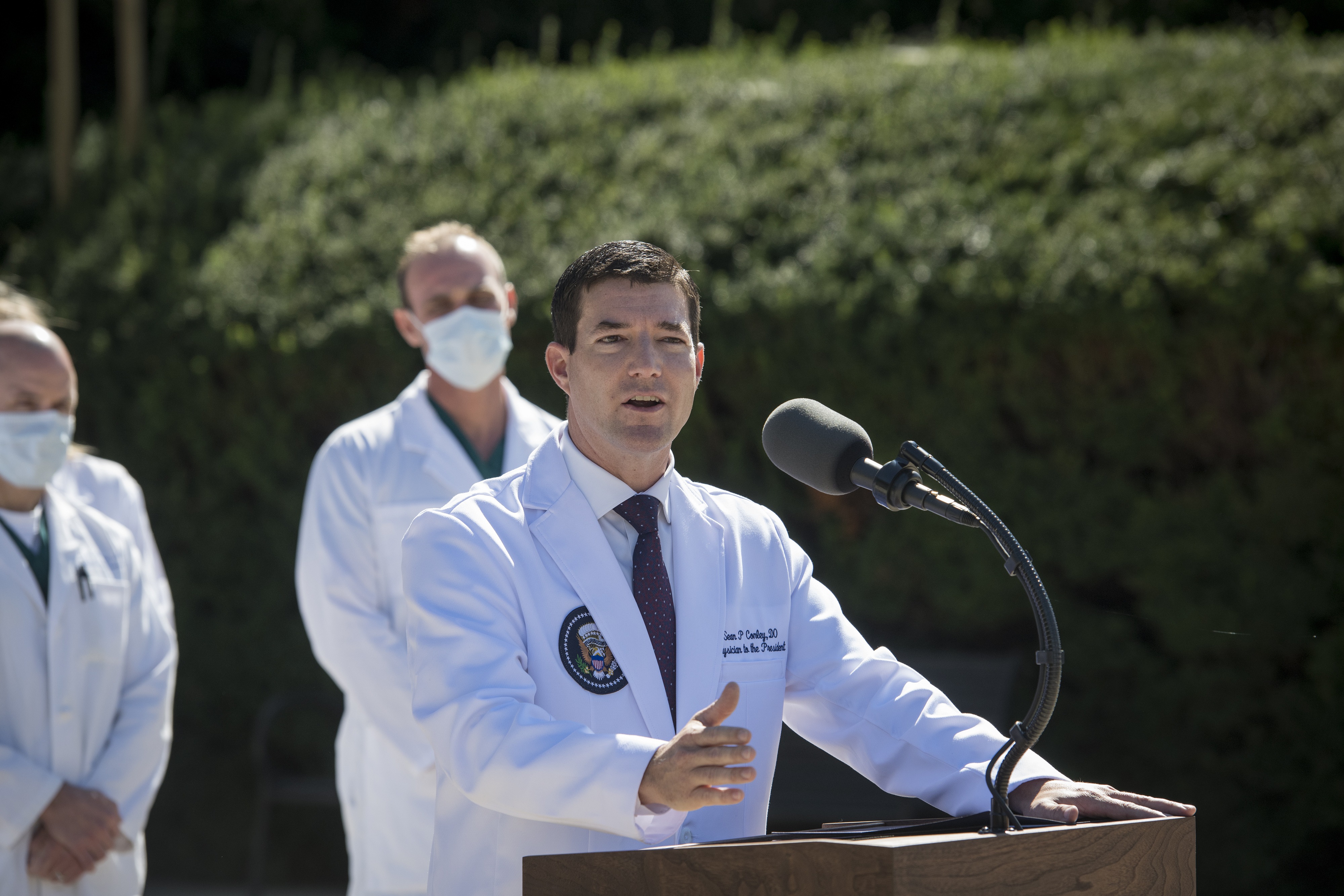 Physician to the White House Sean Conley dropped a bombshell Saturday night in a memo with updates on Trump’s performance in recovery.

“While not yet out of the woods, the team remains cautiously optimistic,” said Conley.

The memo comes several hours after President Trump posted a direct-to-Twitter video in his presidential suite at Walter Reed Medical Center. In the video, Trump declared that he was feeling “much better now.”

In the memo, Conley detailed Trump’s course of medication which included a secondary dose of Remdisivir. He added that Trump went off supplemental oxygen and has remained fever-free for the remainder of the day. The medical staff will continue monitoring his condition tomorrow while administering more doses of Remdisivir.

Read the full memo below:

“President Trump continues to do well, having made substantial progress since diagnosis. This evening he completed his second dose of Remdisivir without complication. He remains fever-free and off supplemental oxygen with a saturation level between 96 and 98% all day. He spent most of the afternoon conducting business, and has been up and moving about the medical suite without difficulty. While not yet out of the woods, the team remains cautiously optimistic. The plan for tomorrow is to continue observation in between doses of Remdesivir, closely monitoring his clinical status while fully supporting his conduct of Presidential duties.”