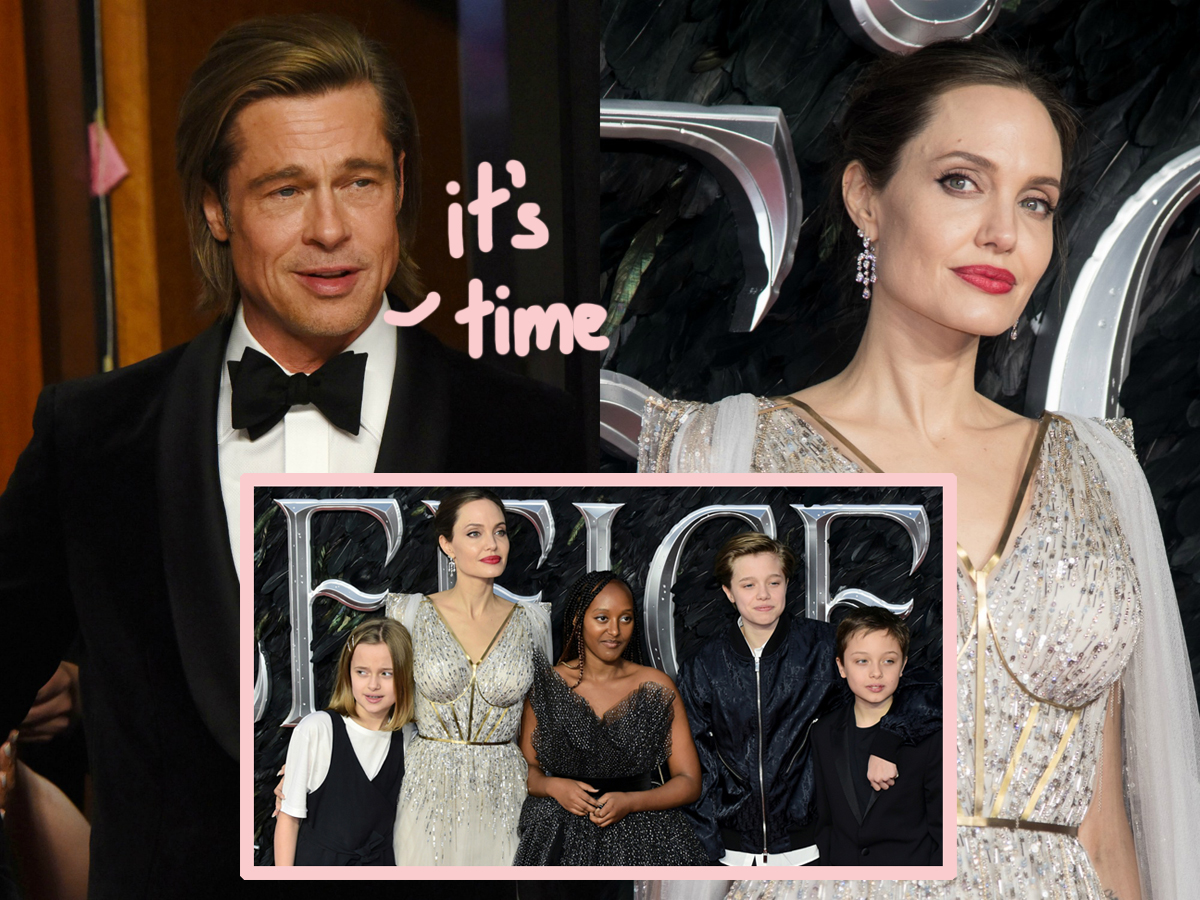 Brad Pitt is looking to end his years-long legal stalemate with Angelina Jolie over their shared six children, once and for all!

Per a new update Entertainment Tonight, the pair of exes are set to appear in a court on Monday, October 5 to discuss the Once Upon A Time… In Hollywood actor’s desire for equal joint custody of their kids Pax, 16, Zahara, 15, Shiloh, 14, and twins Knox and Vivienne, 12. As a reminder, their eldest Maddox has the freedom to go with either parent, but it’s been reported that the 19-year-old doesn’t have a relationship with his father.

Related: How Did Brad Pitt Feel About His New GF Shading Angelina Jolie?!

A source told ET about what the doting dad hopes to achieve with this new trial:

“Brad is asking for 50/50 custody to be put in place and stay in place. Angelina wants to be fair when it comes to custody. She is very structured with the children. Brad has high hopes [they can] try to make it work because of the importance of co-parenting.”

You’ll likely recall the actors had previously reached an agreement in November 2018 which allowed Pitt to have joint legal and physical custody, but Jolie has reportedly not agreed to those terms ever since. Tensions rose back in August when the Maleficent 2 star requested to disqualify Judge John W. Ouderkirk from adjudicating their case due to his perceived bias from a professional relationship with one of the Fight Club star’s divorce attorneys, Lance Stephen Spiegel. Brad’s legal team clapped back at her attempt to slow the big decision down and this new court hearing should hopefully sort everything out for the co-parents.

The insider explained the 56-year-old has “done everything he can to avoid a court situation” but feels he has been “left with no other choice,” if he wants to be allowed more time with his children:

“Brad, for the most part, has been respectful of Angelina’s parenting. While he doesn’t agree with everything, he knows she loves the kids and wants the best for them. He also knows his love and presence are needed.”

“It’s important to Brad that the kids don’t worry about their parent’s current situation and that they don’t feel stuck in the middle in any way. This is a challenge because of their age, but he’s doing what he can. Brad has avoided this court scenario for years, and the last thing he would ever want is for this to have a negative outcome for everyone. This is about getting his time with the children.”

As their father, it’s totally what Brad deserves! 50/50 is truly the best way to ensure that both parties can continue to foster a relationship with their family in their own time.

Another source told the outlet that “no one wants this case over more than Angelina,” and honestly, we hope they’re serious about that one! In September, a different insider explained to Us Weekly how the 45-year-old actress would not budge on a key factor of their existing arrangement — even after weeks of extensive family therapy together:

“[Angelina] will only agree to talk about an agreement if the home base for the children isn’t Los Angeles. The younger kids are in school in Los Angeles, which Angelina has always been opposed to. They are very smart and are eager to attend school in person [amid the COVID-19 pandemic].”

Yikes. That’s a tough decision that only they can make together, hence the need for this new hearing. There could be some delays along the way as the matter of the former couple’s private judge we mentioned earlier has not yet been resolved, but we’re crossing our fingers for an amicable outcome here.

Perezcious readers, be sure to check back for more details, we’ll keep you update as they come!