Donald Trump Jr. Reportedly Wants To Stage An Intervention For Trump Because He Thinks His Dad Is ‘Acting Crazy’

Home /Features/Donald Trump Jr. Reportedly Wants To Stage An Intervention For Trump Because He Thinks His Dad Is ‘Acting Crazy’ 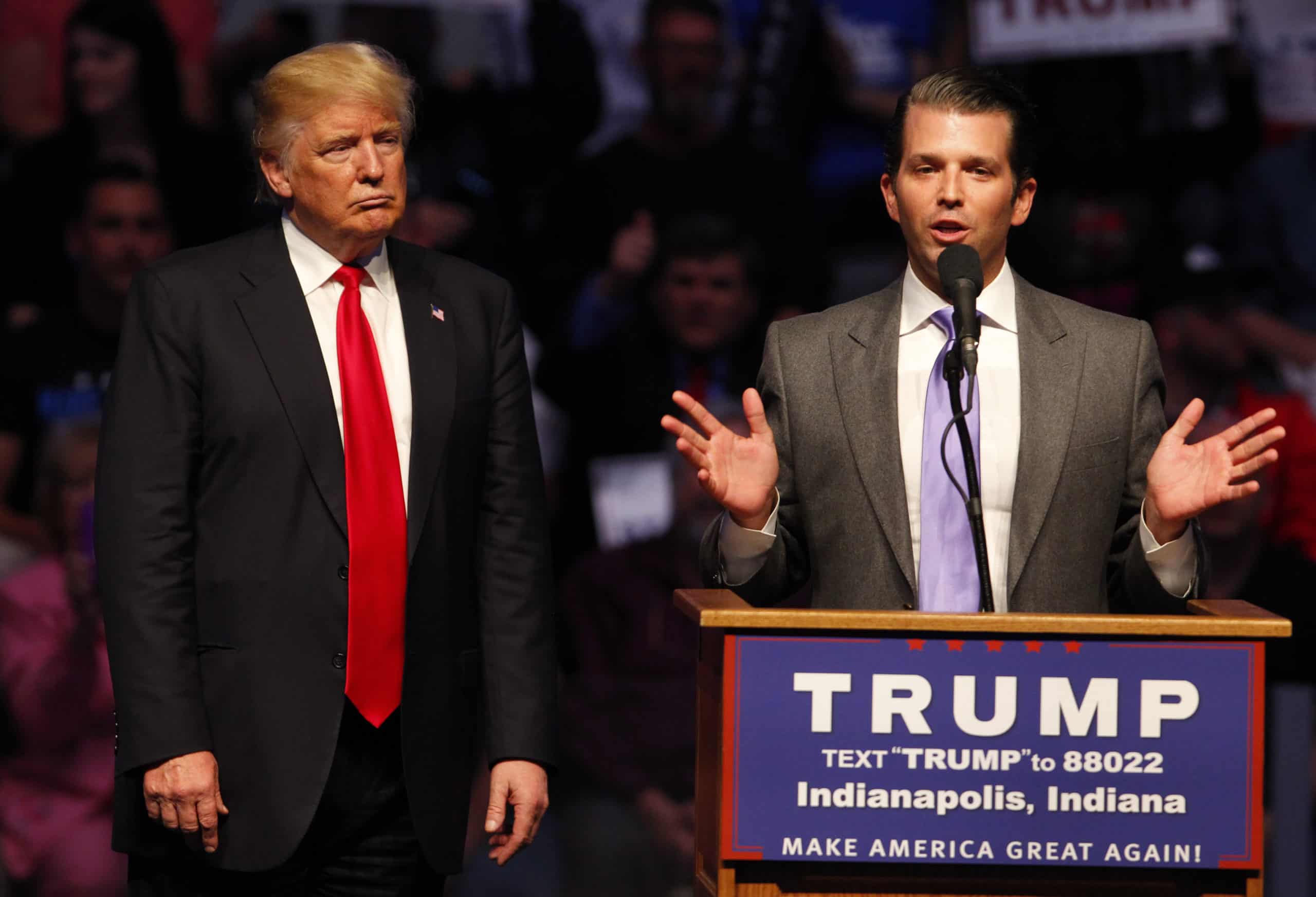 According to Vanity Fair, Trump’s erratic and reckless behavior in the last 24 hours has his children and loved ones on different sides of how to handle what they feel is an out-of-control Trump, according to two Republicans briefed on the family’s conversations.

Apparently, Donnie Jr. is deeply upset by Trump’s decision to drive around Walter Reed National Military Medical Center Sunday night with members of the Secret Service while he was infected with the coronavirus. But it sounds like Ivanka Trump and her husband Jared Kushner may be encouraging Trump’s behavior.

“Don Jr. thinks Trump is acting crazy” one of the sources told Vanity Fair. “…Don Jr. has said he wants to stage an intervention, but Jared and Ivanka keep telling Trump how great he’s doing.”

Donald Trump Jr. was not the only person ticked off by Trump’s antics. Apparently the stunt also outraged medical experts including an attending physician at Walter Reed.

The sources said Don Jr. has told friends that he’s tried getting Ivanka, Jared and his brother Eric Trump to convince Donnie that he needs to stop acting unstable.

It’s being reported that Donald Trump Jr. is reluctant to confront his father alone.

“Don said, I’m not going to be the only one to tell him he’s acting crazy” the source said.

It does appear that Donnie’s kids can all agree they’re tired of his Twitter fingers though. After Trump sent out more than a dozen all-caps tweets Monday morning, the Trump children told people they want Trump to stop.

“They’re all worried. They’ve tried to get him to stop tweeting,” a source close to the family told a Vanity Fair reporter.

The White House did not immediately respond for comment. We’ll keep you posted.