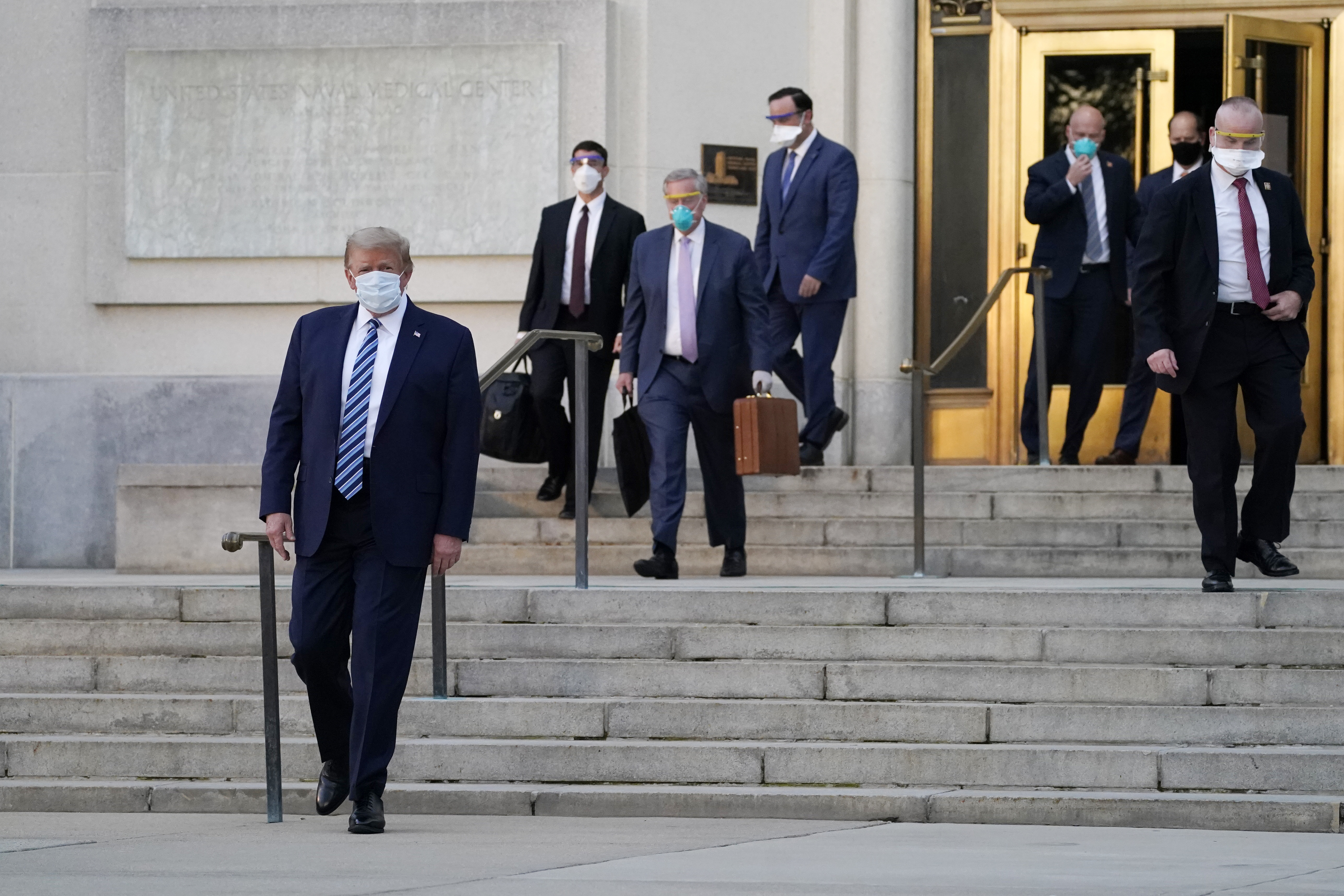 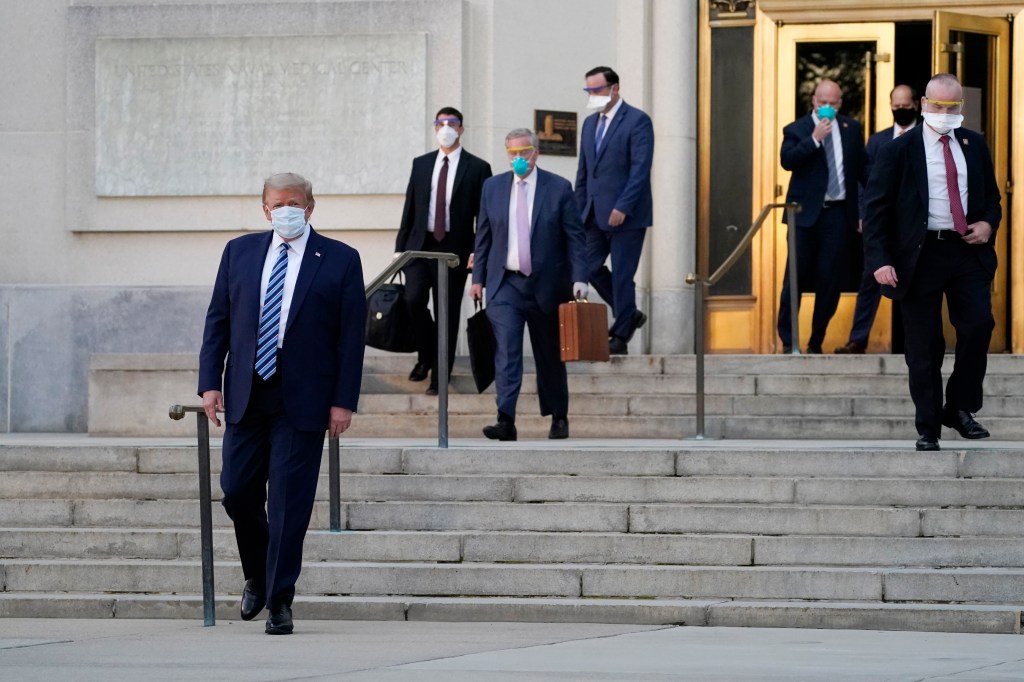 UPDATE: President Trump returned to the White House on Monday by staging a photo op by walking up the steps to the balcony, taking off his mask and saluting military personnel before entering through doors on the south side.

The moment was clearly meant to show that Trump had beaten the virus, even as his doctor said that he is undergoing a number of therapies and is “not out of the woods.”

As Trump stood at the top of the balcony, he gave a thumbs up as he stood, at times visibly breathing heavily.

President Trump returns to the White House aboard Marine One.

PREVIOUSLY: President Donald Trump left Walter Reed Military Medical Center on Monday in an exit designed to show that he has overcome the coronavirus, even as questions remain about his health and the wisdom of traveling as a contagious patient.

In a blue suit and wearing a mask, Trump exited through the gold doors at the front of the complex, an event that garnered maximum exposure on cable news outlets and broadcast networks, the latter of which were in their evening newscasts. As he walked by a group of reporters he ignored shouted questions and said, “Thank you very much.” He also gave the thumbs up as he got into an SUV that took him to Marine One helicopter.

“Will be back on the Campaign Trail soon !!! The Fake News only shows the Fake Polls,” Trump tweeted minutes before his departure.

Dr. Sean Conley, his physician, told reporters earlier in the day that “we all remain cautiously optimistic and on guard because we’re in a bit of uncharted territory when it comes to a patient that received the therapies he has so early in the course. So we’re looking to this weekend, if we can get through to Monday with him remaining the same or improving, then we will all take that final deep sigh of relief.”

But that left questions as to why he was not just remaining in isolation in the hospital rather than traveling, even if it is a sort helicopter ride from Bethesda to the White House. A reporter shouted at Trump as he exited the hospital, “How many staff are sick?” and “Do you think might be a super spreader, Mr. President,” but he did not answer.

“He should be in isolation,” said Dr. Sanjay Gupta on CNN, adding that Trump “was potentially putting people at risk by doing so.”

Trump is returning to a White House that is in the midst of a COVID-19 outbreak, as more than a half dozen press staffers, reporters and aides have tested positive in the past week. Earlier on Monday, White House Press Secretary Kayleigh McEnany announced that she tested positive.

The situation was concerning to reporters on the scene covering Trump’s movements. CNN’s Jim Acosta said that his photographer even asked him whether he had to shout a question at the president, concerned that that Trump would come closer an potentially expose them to the virus.

“People are just petrified that this is getting out of control,” Acosta said.