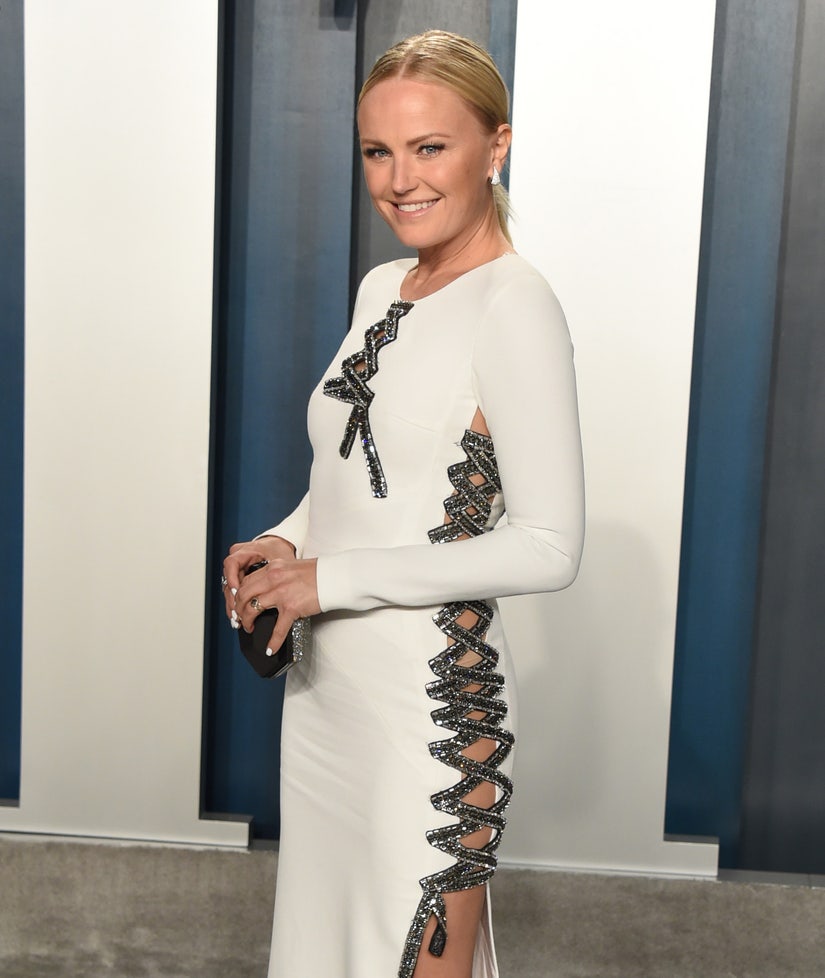 “So romantic,” she quipped about the unusual setting.

Malin Akerman isn’t afraid to get her hands dirty for her roles. And in her latest one for “Soulmates,” she took that ethos to a whole new level.

Speaking exclusively with TooFab, the actress dished on a surprising sex scene with her co-star Charlie Heaton where they make love in an empty grave — which their characters dug themselves — for the highly anticipated AMC series.

Fear the Walking Dead Stars Down for Avengers-Style Crossover, Show’s End Out of Mind (Exclusive)

“So romantic,” she quipped about the unusual setting. “It was so cold and drizzling. So we had like a cover on top of us so that we wouldn’t get soaking wet. It was the most unromantic. But that’s not thanks to Charlie. He’s such a lovely, lovely human being. I love him so much and so happy to be doing the scene with him.”

“But yeah, there was nothing about the whole grave thing that — it was just not my jam, not my thing” she added with a laugh.

The new series — penned by Emmy Award-winning writer of “Black Mirror” Will Bridges — is set fifteen years in the future where a simple test can match you with your one and only soulmate.

But for Akerman, a soulmate in real life doesn’t always mean the amorous kind.

“I believe that we have many [soulmates] and I don’t believe that they’re all romantic,” the “Watchmen” vet proclaimed. “I think that you can have, I mean, I definitely feel like I have a few soulmates in my life. I like to say some of my girls are a sister from another mother. There are people sometimes that you meet and within the first five minutes, you’ve known them forever and you’re going to know them forever.”

“Of course, I think that we always relate that to our love lives,” she continued. “But I think that people, we have people in our lives that we can grow with. Hopefully, those are the people that stick around. Those are the ones that I like to call soulmates because we can always connect on a base level and come from a deeper understanding.”

In Akerman’s episode, “Break on Through,” she plays Martha, a woman tired of love doing her wrong, who decides to join a mysterious church that promises to help those who have had their soulmates die. Kurt (Heaton) joins as well and the two fall for each other as they go through a series of religious rituals, including an intense baptism.

The Swedish-born star in real life, however, doesn’t consider herself part of an organized faith, even though she grew up with a mother who was a Buddhist.

“So we would go to temple sometimes and I loved it,” Akerman explained. “For me, it’s more of a spiritual — it’s sort of like a meditation. So I continued on with that for a while, but I don’t join in groups or anything. I definitely am a spiritual person, but I guess I’m weary of a lot of things. I think that somehow it [organized religion], as much as they want to bring people together, it can somehow segregate people. And I don’t ever want to be a part of anything that segregates people, but I think spirituality is really important.”

Walking Dead: The World Beyond Stars Reveal Who They’d Kill to See Cross Over (Exclusive)

Cemetery sex and crazy christening aside, the most challenging part of filming the series, according to Akerman, was perfecting the Southern accent.

“That was terrifying to be honest with you,” the “Comeback” star admitted with a laugh. “I’m terrible at accents. Maybe not all the different types of American accents, but when it comes to doing a Swedish accent, like my mother tongue, I’m terrible at it. Absolutely terrible. I can’t do it.”

“But it was great,” she continued. “It was terrifying and fun. And I think we found out like — I found out like two days before we were starting to shoot. So I really had to like get on it. But it was fun. I liked doing an accent because it does take you out of yourself and bring you into a character a little bit more. So it was fun. And it was nice cause I knew Charlie also had to work on it cause he’s British. So we’re both doing our due diligence there.”