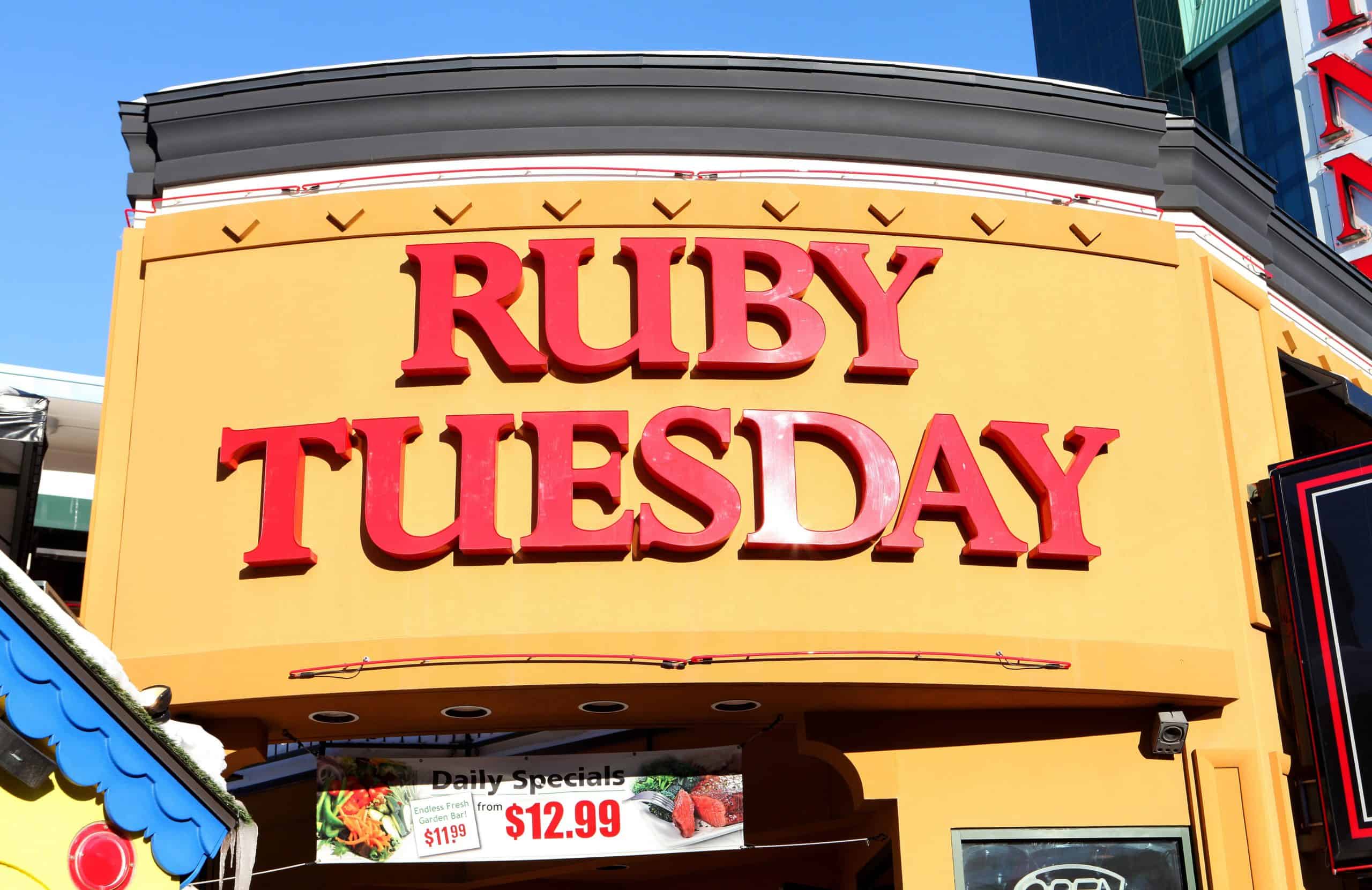 #Roommates, if you love restaurant chain Ruby Tuesday, you may want to sit down for some bad news. It was recently announced that Ruby Tuesday is officially filing for bankruptcy with further plans to permanently close almost 200 locations across the country.

As many retail and restaurant chains continue to feel the enormous financial impact of COVID-19, another popular restaurant has been added to the list. @TODAYShow reports, that Ruby Tuesday just confirmed that it filed for Chapter 11 bankruptcy protection. “This announcement does not mean ‘Goodbye, Ruby Tuesday,’” CEO Shawn Lederman said in the news release.

“Today’s actions will allow us an opportunity to reposition the company for long-term stability as we recover from the unprecedented impact of COVID-19.” Lederman also revealed that the financially strapped company will move forward with plans to permanently close 185 restaurants that had already been closed due to the COVID-19 pandemic.

Ruby Tuesday reportedly stated that it reached an understanding with its secured lenders to support restructuring through financing to provide a sustainable path forward. The restaurant, which was founded in 1972, previously closed at least 118 stores from 2017 through 2019. Additionally, in 2018 U.S. sales dropped by 13% to $721 million. With the announcement of the new closures, Ruby Tuesdays will only have 236 remaining locations.

Several U.S. restaurants have faced a similar fate, including Chuck E. Cheese, California Pizza Kitchen, Denny’s, TGI Friday’s and Steak and Shake. Last month, the National Restaurant Association released findings revealing that 100,000 U.S. restaurants have closed on a permanent or long-term basis, which is nearly 1 in 6 restaurants in the country. The closures have also left nearly 3 million restaurant employees out of work.

Kristen Stewart Opens Up About The Pressure Of Coming Out As Queer In Public — & Why It’s So Much Better Now!
Oscars Update 2020-21 Eligibility Rules; Drive-In Screenings Now OK