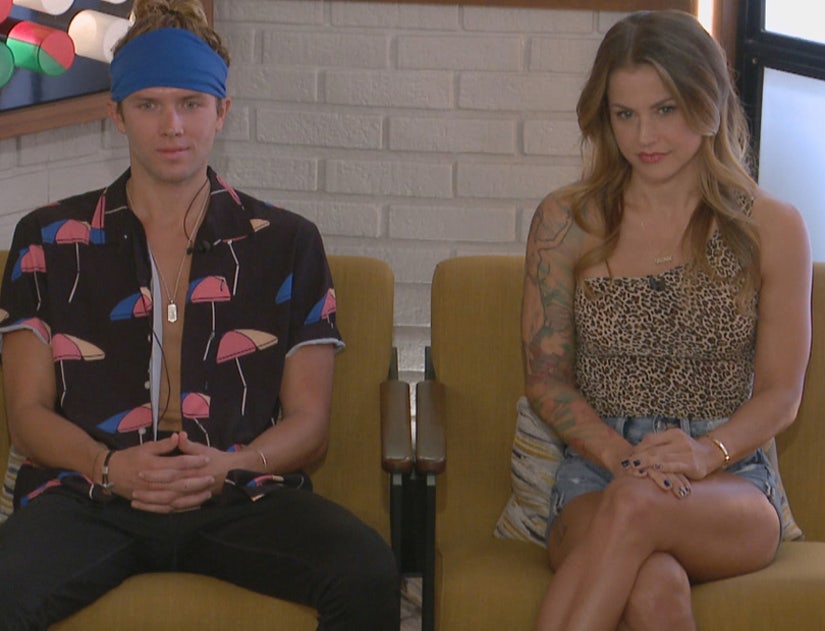 The pair are throwing one another under the bus hardcore, but it’s hard to get away with huge lies when you don’t know the alliances in the house.

Tyler and Christmas started getting a taste of what everyone else in the house was dealing with all summer long trying to work with various secret members of The Committee on “Big Brother.”

Now that the alliance is no more, the more meaningful alliances are all those Final 2 deals that everyone seems to have with everyone else. But a Final 2 only means something if it’s both parties top Final 2. 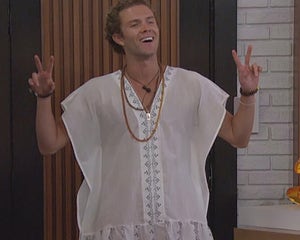 That meant trouble for both nominees as Christmas and Tyler began scrambling even before the Veto happened. On the outs with the house after they tried to flip Enzo and vote out Nicole during the triple eviction, it’s been all damage control ever since.

Remarkably, even though it was Enzo who betrayed them in that alliance, neither is upset with him. Seriously, this guy has the most incredible social game we’ve seen in a long time, managing to be beloved by everyone while making duplicitous moves behind the scenes.

It’s like Dani’s black widow strategy only with a likable front rather than her in-your-face aggressive attitude. Even as Cody put Christmas and Tyler on the Block because Enzo opened up to him about what happened, they’re not worried about Enzo.

Instead, they’re convinced this just proves that Cody and Nicole have a Final 2 deal, which they do but its not Cody’s top Final 2 … so far as we can tell at this point. He and Enzo seem to be rock solid with The Roots. 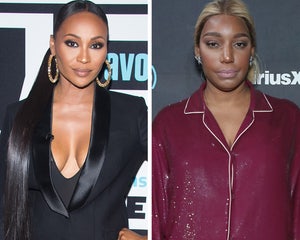 This is actually one of the smartest partnerships in the game. Cody was a part of The Committee all along, and Enzo was floating around outside of it, so by sharing intel they had an idea what was going on in every facet of the house.

Enzo’s relationship skills kept him in the know with almost every move, as he was part of several sub-alliances of his own. And Memphis roping him into both Wise Guys alliances (the one with Cody and the one with Christmas), gave Enzo ammo against Memphis when he told Cody about the Christmas version of their Final 3.

Enzo has been feeding Cody information all season long, and with Cody emerging as a genuine comp beast, and a leading member of The Committee, that’s allowed Enzo to have as much a role in the flow of the house as Cody did, and as soon as it got down to just the six people from The Committee and Enzo, Dani went home.

And with his boy in power, no matter what happened at that Power of Veto competition, Enzo was going to outlast the next Committee member to head to the Jury house. His is a story of perseverance and relationships, while Cody’s is the workhorse.

Both are valid approaches in the game and they work beautifully together. If the pair wind up side by side on finale night, that’s actually going to be a very tough decision for the jury to pick a winner from the two of them.

But let’s not get ahead of ourselves. 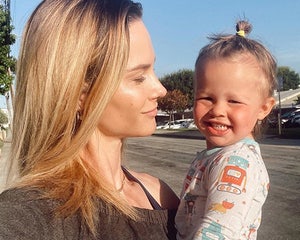 In Order to Save Yourselves

Speaking of Enzo not being the comp beast in his power duo, he was absolutely hilarious in this week’s Power of Veto competition, which tasked the Houseguests with putting a series of photos in order based on details like food consumption.

Enzo ran around and had absolutely no idea what he was doing, and probably never even saw things like a hot dog being slowly consumed or popcorn getting spilled or really anything. It was an absolute disaster of a performance and he actually timed out.

A huge surprise for everyone, though, was that he wasn’t the only one. Tyler also timed out, despite having proven himself in his “Big Brother” career as the versatile comp beast that Memphis and Cody are emerging as.

This time, she was behind Cody’s ridiculously fast time by just over two minutes. So her deplorable record isn’t quite as bad as it looks; she’s just competing with some of the best competition warriors this game has ever produced.

As we’ve mentioned before, The Committee absolutely dominated this season and they did so with a ridiculous amount of comp wins. Throw Memphis in there and you’ve got a dominant seven that never let up, even if Nicole didn’t contribute.

The Committee and Memphis combined for a total of 24 competitions wins this season, by our count. The rest of the house had 4. That is not a typo. And one of those wins was when only Kaysar and Janelle competed in a Safety Suite comp, so that was a guarantee.

This is what The Committee (and Memphis) wanted. They wanted the best of the all-stars to face off against one another and that’s where we’re at. And as much as it’s not showing on the leaderboard, Nicole is actually keeping up pretty well with them right now. 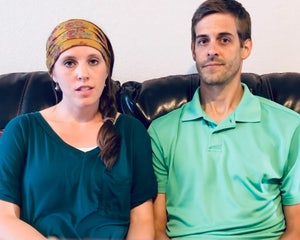 Enzo Palumbo slides into our top spot because his position in the house doesn’t really rely on comp wins, whereas Cody now has people who just might gun for him if they win power next week. Enzo, meanwhile, is in good with every person in the house no matter what happens, and he’s done it all while not winning anything for weeks now. Grade: A+

Cody Calafiore remains in one of the best positions in the house, but if Memphis or whoever survives this week wins HOH next week, he very well could find himself on the Block. He may have the tools or alliances to save himself, but it makes him potentially more vulnerable than he’s ever been — especially as his closest allies (Enzo and Nicole) are not comp dominant. Grade: B

Nicole Franzel continues to ride the middle. She’s safe with Enzo and Cody, but she’s vulnerable with Memphis. Christmas and Tyler might take shots around her to take out Cody or Memphis and anyone could decide she might be easy to beat as a former winner no one wants to award twice. But it would be good for her to win something and control her own destiny for once in this game. Grade: C+

Memphis Garrett is going to need to win his way to the end, we’d guess, because he doesn’t really have any strong alliances in the house. That said, he’s an incredibly gifted player in comps and in this maverick style of play he’s adopted, so his fate really depends on who’s in power and how much longer he can keep them firing at one another rather than him. Grade: C-

Christmas Abbot is in trouble, and will probably remain in trouble even if she survives this week. Throwing Tyler under the bus didn’t endear her to anyone in power, leaving Memphis her only real option to go further in this game and there’s no guarantee that’s the move he’ll like. For now, though, his eyes are elsewhere. Grade: D

Tyler Crispen seems to be the main target this week. Memphis is gunning for him and after he lied to Enzo about Cody coming after him — which of course Cody found out about almost immediately — now the HOH is coming after him. Tyler is playing as hard as he can, but he misread the relationships in the house and has been getting outplayed because of it. Grade: D- 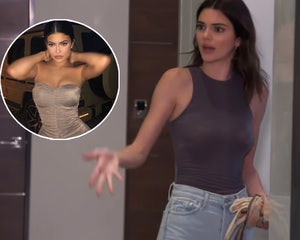 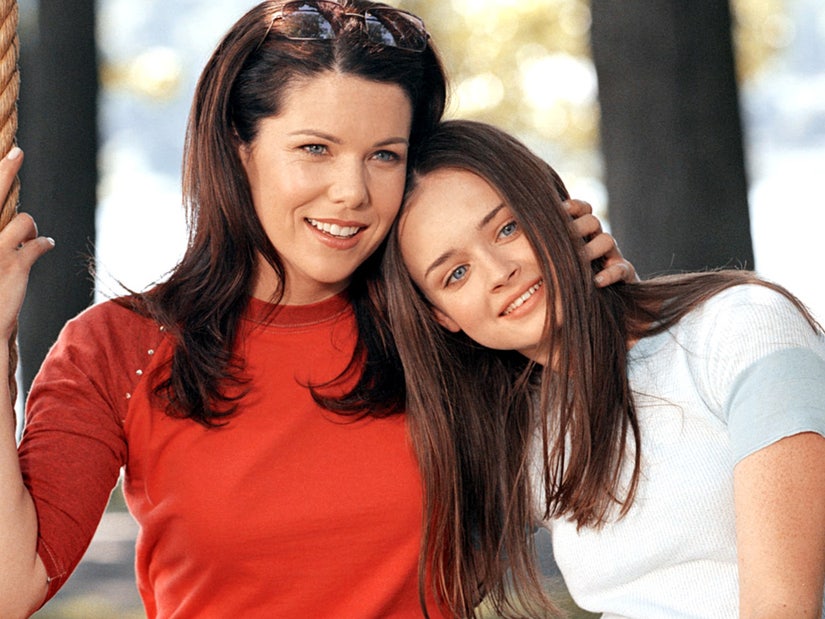