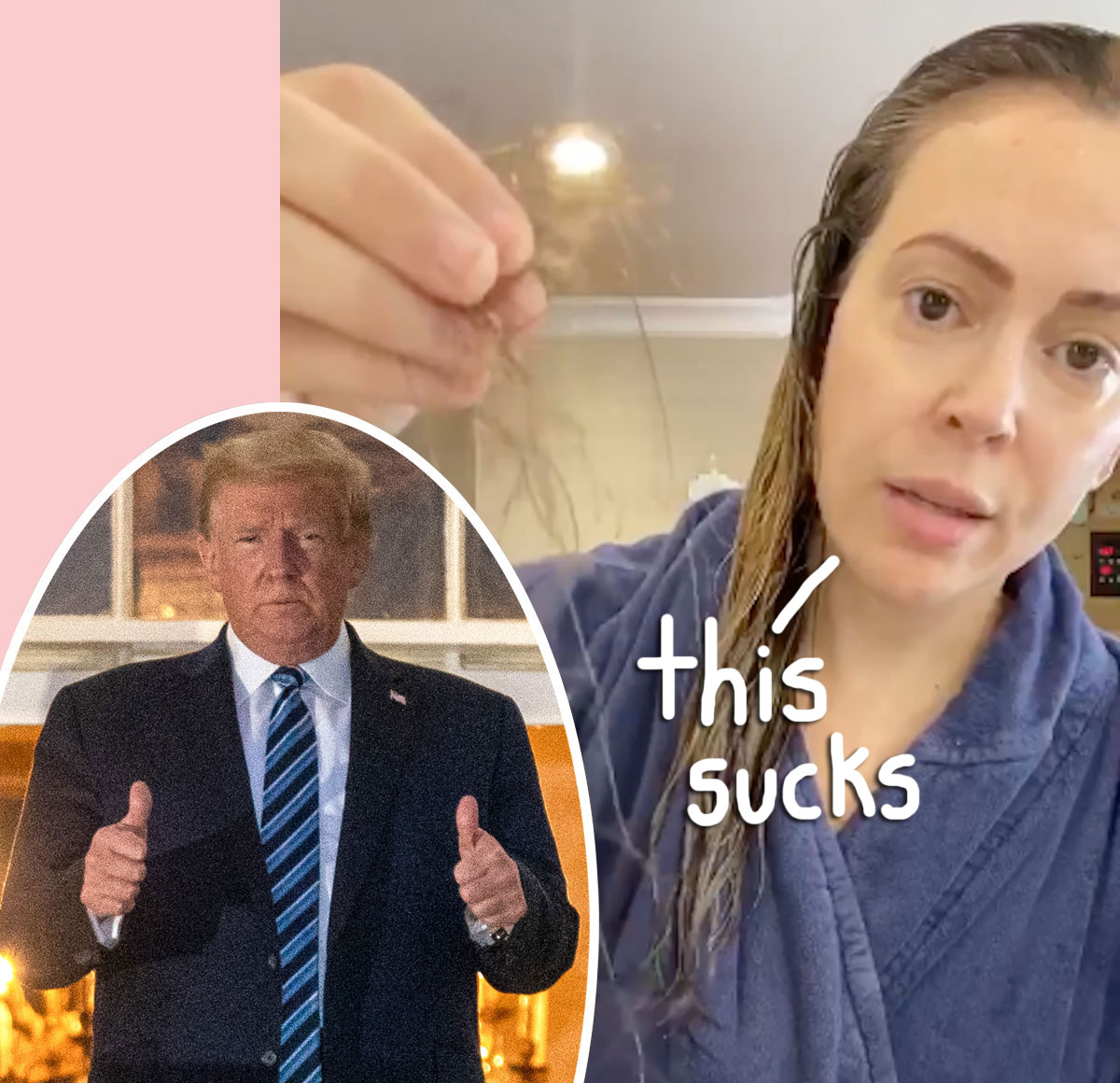 The Charmed star explained during a virtual chat with Dr. Mehmet Oz on Friday that she is one of the coronavirus’ so-called “long haulers,” people who still feel symptoms long after they should have recovered.

On Friday’s episode of The Dr. Oz Show, she shared that her most frequent symptoms are “extreme hair loss” and “brain fog” among others:

“It’s hard, especially when you’re an actor and so much of your identity is wrapped up in those things, like having long silky hair and clean ski. Along with that also, I have the brain fog. Which, again, as an actress, as someone who has to memorize dialogue and be able to emote, and respond, and be on my toes, it’s frightening.”

We can’t even imagine!

Milano previously shared that her coronavirus symptoms started in March, but at the time she tested negative. In August, she tested positive for virus antibodies, which is when things got “really scary.” The 47-year-old noted:

“My first symptoms were stomach issues and a headache like I’ve never felt before in my life, and just overwhelming fatigue. That lasted for about three days. So I thought to myself, I should probably just go get tested. First test came back negative. I would say, two days after that first test, it settled in my lungs and that’s when it got really scary. I said, ‘This is the moment. Do I go to the hospital, do I go to the emergency room or do I stay home?’”

“This is the moment – do I go to the hospital?”

Award-winning actress @Alyssa_Milano joins me today to discuss her long-haul battle against COVID-19 and the frightening symptoms that led to her diagnosis. pic.twitter.com/J86ndutM4H

Take a look at some of the “extreme” hair loss she displayed in a video at the time (below):

Today, she’s not only feeling the effects of the virus but also severe frustration because of Donald Trump‘s response — or lack thereof — despite his own recent diagnosis:

“It still feels like he’s not taking this seriously enough. We’ve now seen 20 members of his administration who are COVID positive. So obviously, this is a very contagious disease. I don’t know what it’s going to take to get some Federal leadership on this issue. But, 215,000 people have died. Cases are spiking right now, we are coming on to flu season, and he’s telling people to not be afraid and go about their lives.”

All that, and he’s telling people not to worry — and talking about having a rally! After just a week! What a consistently terrible example… But hey, at least Dr. Oz is taking it seriously now!