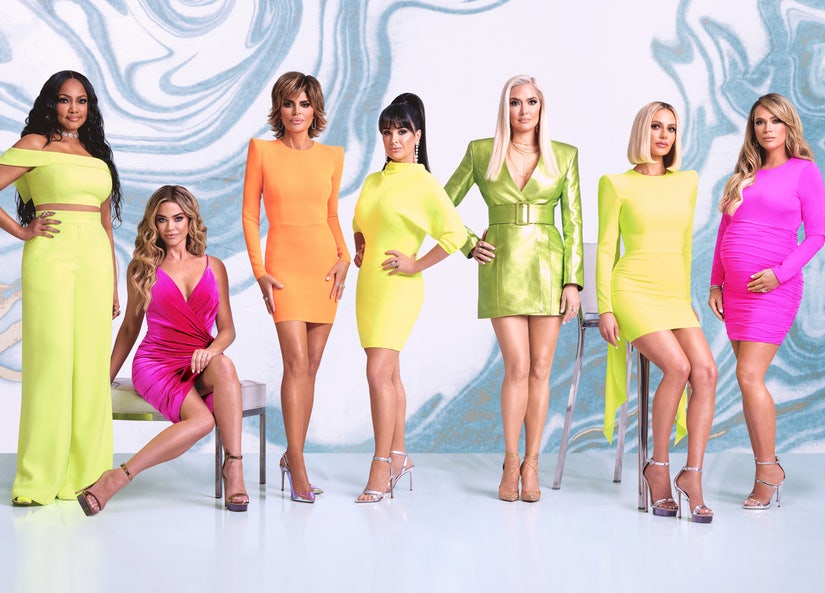 “I thought that they were really mean,” she says of the memes following Denise’s decision.

While “Real Housewives of Beverly Hills” officially lost both Denise Richards and Teddi Mellencamp-Arroyave, at least one show star confirmed she’ll be back next season: Garcelle Beauvais.

In an interview with ET, Beauvais said she will be making a sophomore run on the Bravo show, confirming, “I am returning to the ‘Housewives,’ yes.” She added: “You gotta be a little, a little brave. A little scared. A little ready. I mean, it’s all those things, and I say it with a laugh because I’m ready, but you’re never really ready.”

Beauvais also admitted she was a little “afraid” to return, as the second season can sometimes get dicey for newcomers — just look at what happened to Denise! She said she “sorta got a warning” from costar Lisa Rinna, but added she’s “ready … bring it.”

Denise quit the show in September, before the reunion had finished airing. As soon as the announcement was made, Erika Jayne shared a shady reaction gif to Twitter from “Small Wonder” — something Beauvais said she was “actually shocked” to see.

“I was really shocked by the memes, I thought that they were really mean,” she said. “I think it’s one thing to be on the show and have your feelings, but for her to say, I’m leaving the franchise, at that point you gotta level up and you gotta say, ‘Good luck, Denise, we wish you were…’ I mean, just something kind.”

She added she’s “sad” to see Denise go, telling ET she wished she had stuck around longer.

Beauvais had a shady reaction of her own when asked what she thought about Teddi’s exit, however, simply giving the reporter some dead air before finally saying, “Okay.”

As for where she stands with former friend Rinna, she added that she didn’t really know.

Rinna’s behavior, said Beauvais, “really left a bad taste in my mouth, if I’m going to be honest. “She took it to a level that was not a good look.”