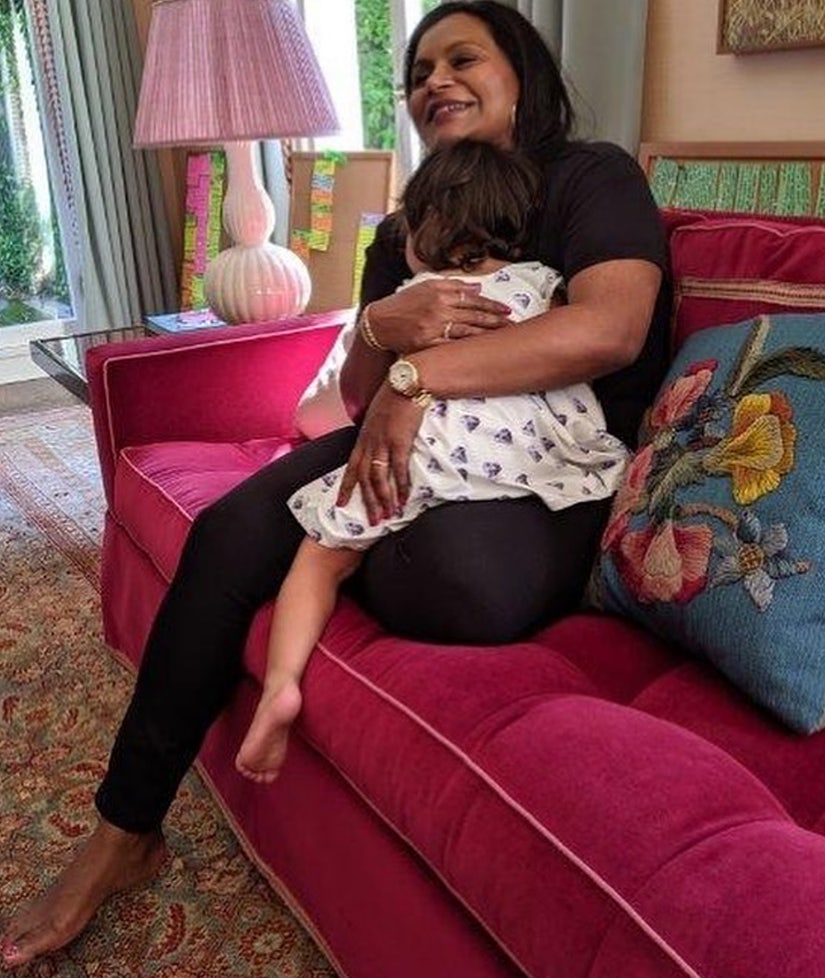 Nobody even knew she was pregnant.

During an appearance on “The Late Show with Stephen Colbert” Thursday night, the actress revealed she welcomed her second child — a son, Spencer — on September 3.

“I’m telling it for the first time now, but I gave birth to a baby boy,” Kaling told the host. “This is news to a lot of people, it’s true,” she added, after Colbert noted she never even announced her pregnancy.

Little Spencer joins 2-year-old daughter Katherine, who Kaling said was “very ambivalent at first, to be generous,” about having a sibling. “She was very worried about her toys getting taken and, I think in her mind, she thought it would be another child her same size … but then she was delighted when he arrived home with me from the hospital and he was just a blob who couldn’t take her toys,” she added.

Quarantine made it a little easier for Kaling to keep her pregnancy a secret, as she said, “No one saw me.” She added that, because of all the “heartbreak in the world,” it felt “strange” for her to announce the news beforehand, so she just didn’t.

She noted that the paparazzi did catch her out in public once, 8 months into her pregnancy, but nobody made mention of her noticeable baby bump.

“I looked very pregnant, but I think they were too nervous to claim I was pregnant, that it was almost more insulting,” she said. “Like, Mindy Kaling just looks like this. I was so insulted. If you’re not pregnant, you need to go to the doctor if you look like that, right?”

Colbert wouldn’t take the bait, as Kaling exclaimed, “Comment on my body!”

The actress has never revealed the identity of her daughter’s father, but she confirmed last night that “The Office” costar B.J. Novak is godfather to them both.

2020 Emmy Awards: The Most Viral Moments of the Night