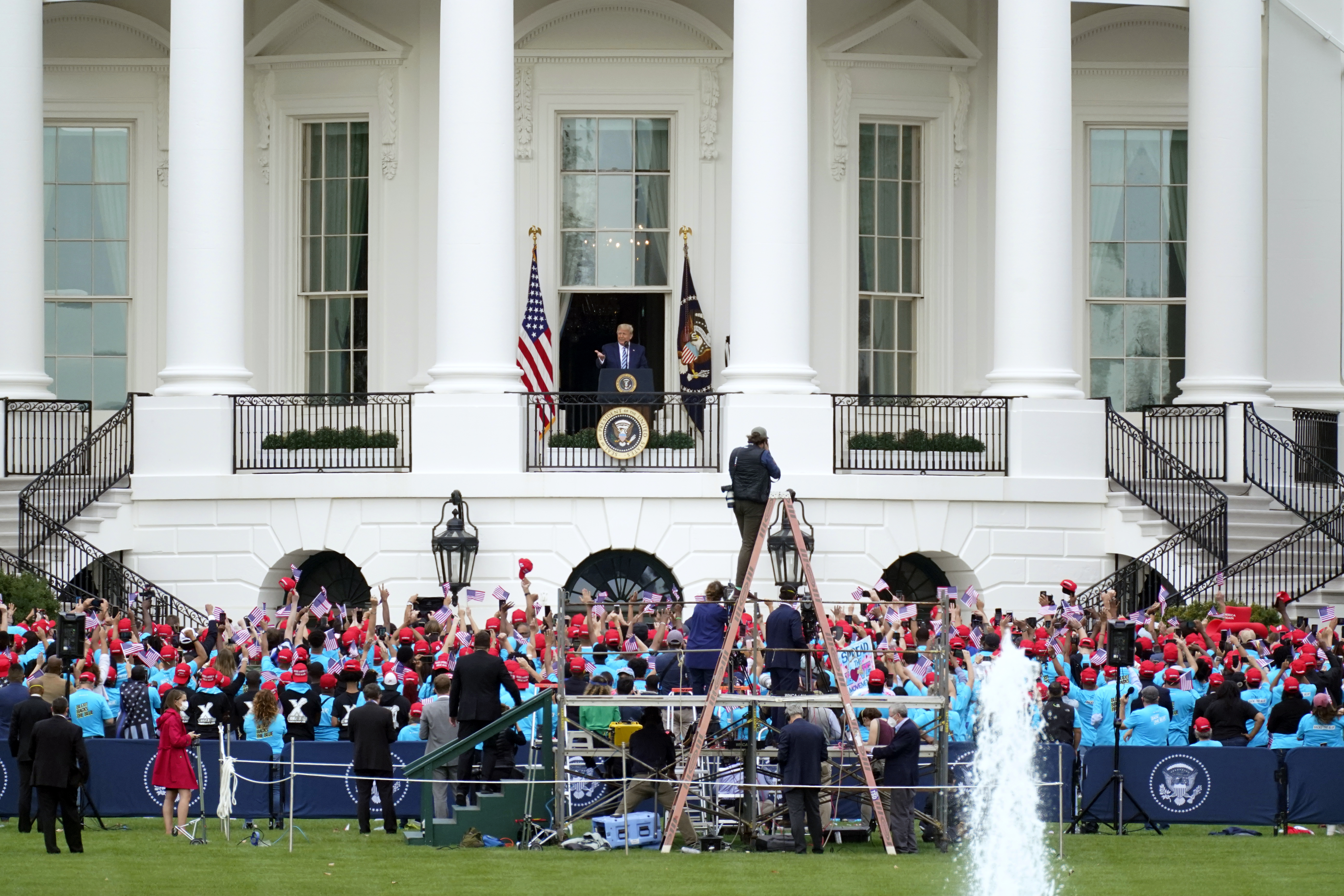 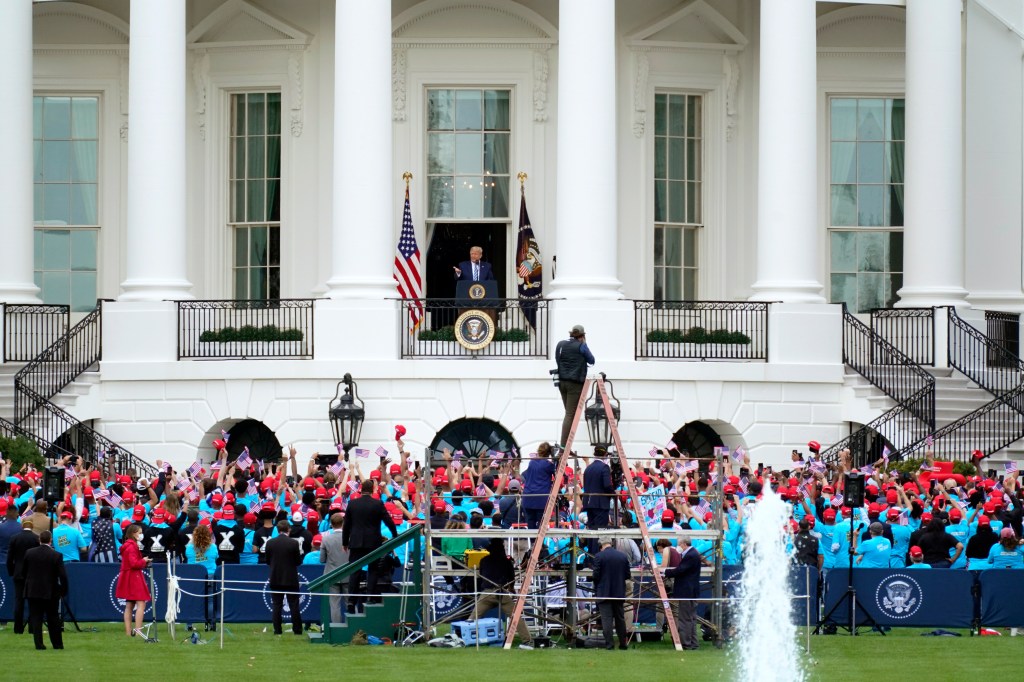 Donald Trump’s speech from the balcony of the White House was billed as an official event of his presidency, but it had all the makings of a campaign rally, with hundreds gathered on the South Lawn and many wearing red Make America Great Again hats.

The event represented his first in-person speech since being diagnosed with COVID-19, and even though questions remain as to the extent of his recovery, Trump is moving forward with a schedule of rallies next week.

“I’m feeling great, how about you?” Trump said, before launching into an address that targeted Kamala Harris as a figure of the far left and Joe Biden as beholden to a radical agenda. “The other day in the debate Biden couldn’t even use the words law enforcement,” Trump said.

Many more participants were wearing masks that did during previous White House events, but they were not  so much socially distanced. Among those who were present were Candace Owens and Brandon Tatum of The Blexit Foundation, along with Larry Elder.

As much as the speech had all the hallmarks of a campaign event, what was different was its length. Trump spoke for just 18 minutes, a contrast to rally speeches that have extended well beyond an hour.

Despite polls predicting a defeat, Trump gave a pep talk. He told those gathered, “I think we’re going to swamp them by so much, it’s not going to matter.”

White House spokesman Judd Deere told reporters that the event was a part of Trump’s official schedule, and that no campaign staff were involved. The White House did not hand out any campaign signs, but attendees were free to bring them to the White House grounds.