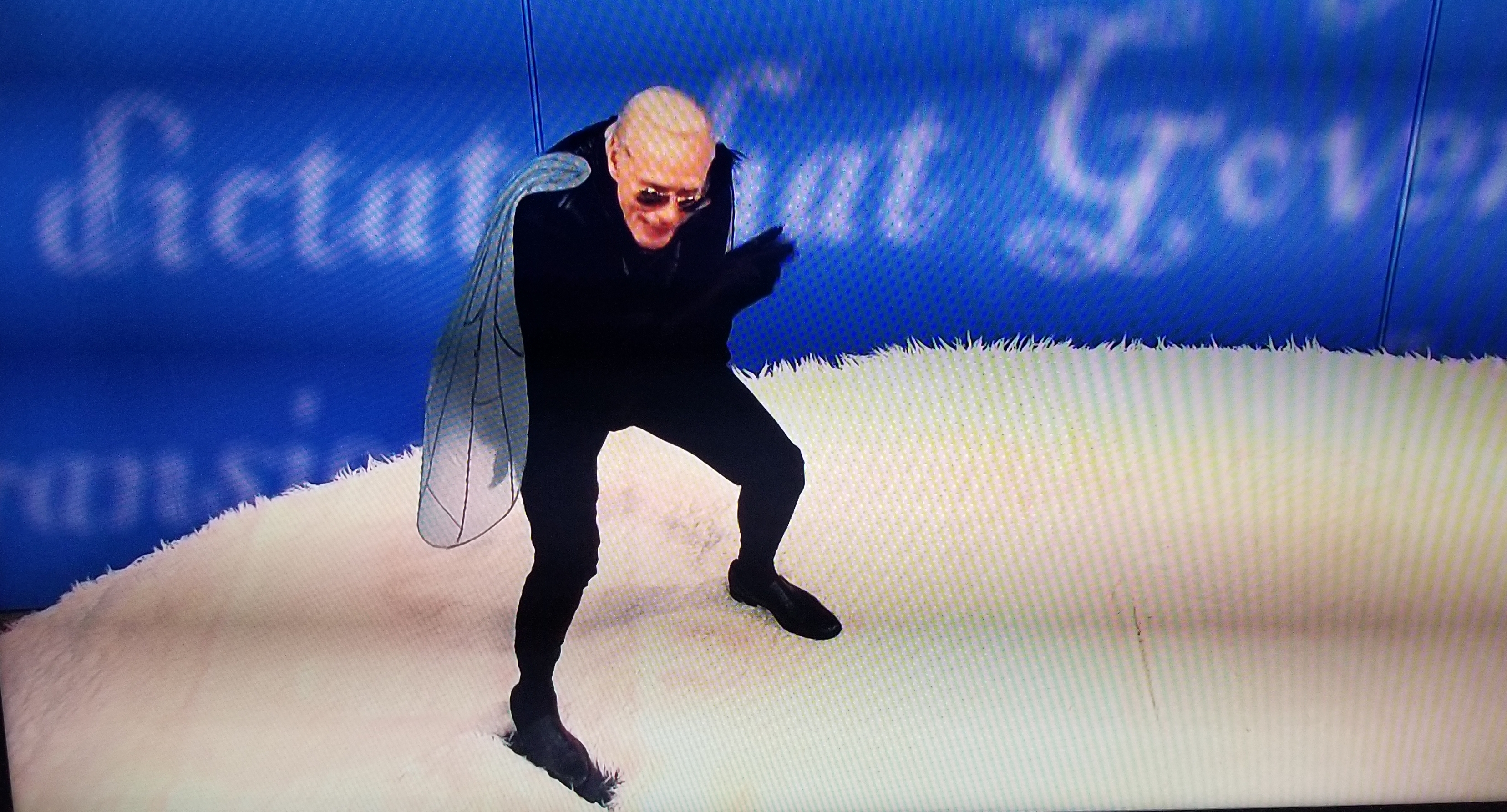 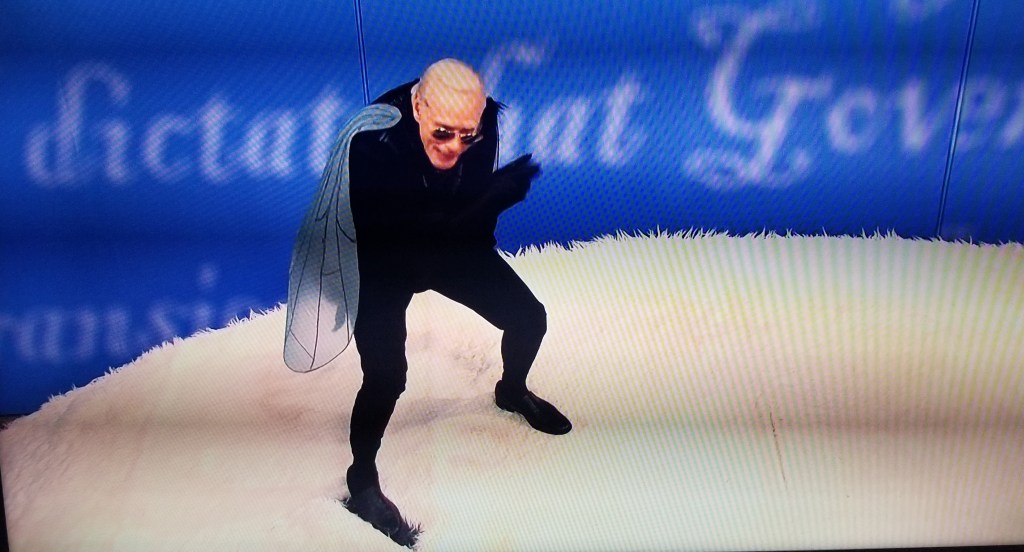 The mystery of the fly that landed on Mike Pence’s head at the vice-presidential debate with Senator Kamala Harris was revealed tonight on Saturday Night Live – and it was  a high-tech bedeviled Joe Biden.

Maya Rudolph told the New Yorker Festival earlier this week that while she was anxious about how to translate the first and only VP debate of the 2020 campaign into a SNL opener tonight, the material “kind of wrote itself” once the languid fly landed on Pence’s head on stage on October 7.

Quoting Senator Harris’ now famous “Mr. Vice-President, I’m speaking, I’m speaking” and “let me ask the American people this, how calm were you when you didn’t know where you were going to get your next roll of toilet paper?” lines from the Susan Page moderated (in name only debate), Rudolph doubled down – “I’d like to hear the Vice-President’s response and while he speaks, I’m going to smile at him like I was at a TJ Maxx and a white lady asked me if I work here.”

But, splitting the difference between fact and comedy, and adopting “more of a Clair Huxtable side-eye,” it was all about the fly, wasn’t it? Rudolph’s Harris even whipped out a swatter, which the real junior Senator from California probably wished she had on hand earlier this week – even with the duo over 12-feet apart to cut down on potential COVID-19 contagion.

Or as Kate McKinnon said portraying Page: “Tonight, we are going to be discussing a number of who cares topics, each lasting I couldn’t tell you minutes. But, one thing is for sure, if anything’s going to be trending on Twitter tonight, it’ll be one of the humans involved in this debate.”

And that’s where Jim Carrey’s Biden transported himself into the VP debate and was transformed Jeff Goldblum-style into the fly. Watching the debate at home, Carrey’s Biden was frustrated that “Kamala can’t get a word edgewise, this joker drops more road apples than a bull eating a bran muffin”

“I need to teleport to that debate and save the soul of this nation,” he added. And that’s what Biden did, with a few odd side effects. “God created dinosaurs, dinosaurs became Republican, Republicans created Trump, Trump destroys God,” Carrey’s Biden said on Pence’s head.

Primarily punctuated; by incumbent Pence trying to impress his coronavirus infected boss AKA “Patient Zero” by talking over Harris and disregarding USA Today DC Bureau chief Page and the plexiglass separating the candidates, the real life 90-minute VP debate was a lot more traditional that the wackjob of a POTUS debate on September 29. Until that fly showed up and took staid Pence to a whole new level of derision.

Off the SNL stage, Rudolph has been a prominent and vocal supporter for the Biden/Harris ticket. In September, with appearances by Sen. Harris and Hillary Clinton, the Good Place star co-hosted a grassroots virtual fundraiser with fellow SNL alum Amy Poehler that raised over $6 million for the Democratic contenders.

The second show of SNL’s 46th season is being hosted by Bill Burr, with Jack White back as the musical guest Jack White (playing a guitar designed by the late and great Eddie Van Halen) replacing the previously scheduled Morgan Wallen. The latter country singer was unceremoniously and rightly dumped from the NBC show when video footage emerged of Wallen not wearing a mask or taking basic COVID-19 safety protocols at a packed party.

Hosted by Issa Rae with musical guest Justin Bieber, next week’s SNL would almost certainly have opened with a spoof of the second POTUS debate between Trump and Biden. However, now that the meet-up has been officially cancelled because the coronavirus infected former Celebrity Apprentice host refused to participate in a virtual debate.

At this point, it looks like we will see a competition at least between the candidates with the former VP set for a solo town hall on ABC on October 15 (which was the night debate #2 was supposed to happen), and the now beyond mockery Trump angling to also have a town hall on NBC or another network