OMG Did Lily James Really Call Dominic West’s Wife After Kissing Photos?! TO TELL HER WHAT?! 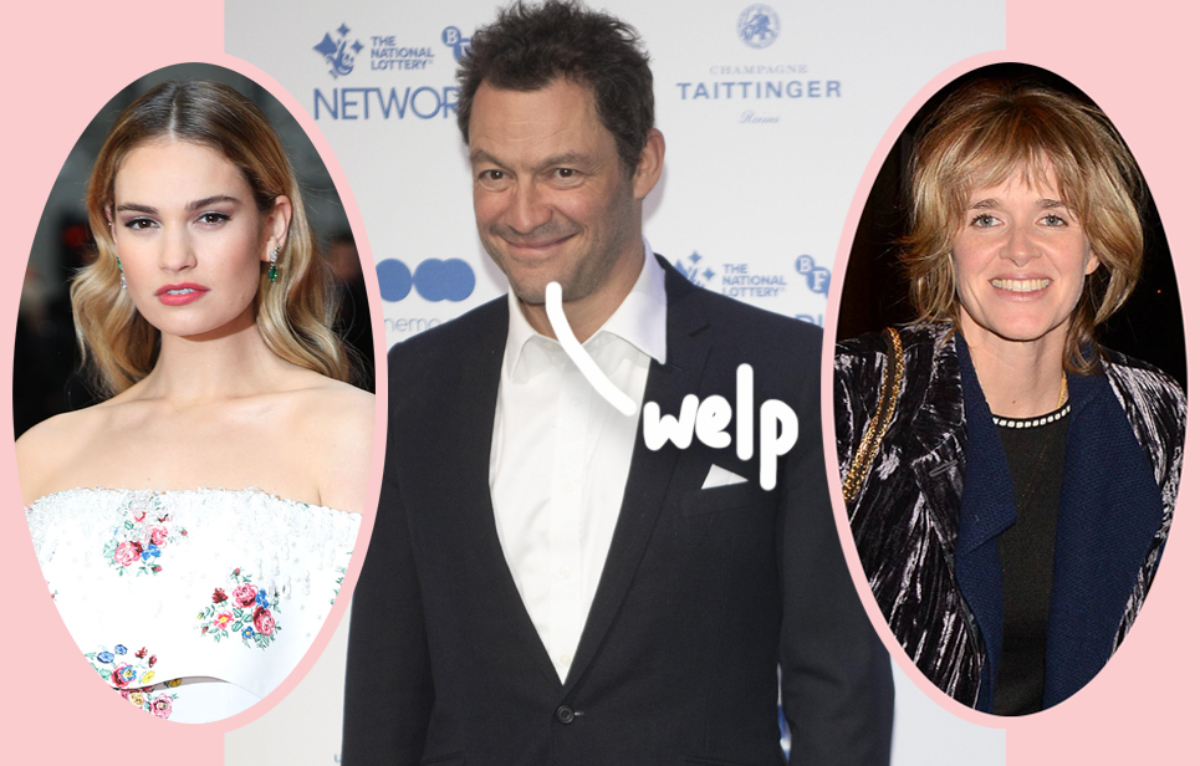 This story is like a whole season of The Affair crammed into a week of headlines!

After photos came out showing Dominic West and Lily James gallivanting around Rome, apparently having an affair, the 50-year-old British actor’s wife was said to be “devastated,” and understandably so.

But then something quite unexpected happened. Catherine FitzGerald joined her husband in their front yard, in front of the press, telling everyone their marriage was just fine. Huh?!

Well, the latest speculation among those close to the awkward situation is that Lily herself actually called Catherine on the phone! After both co-stars fled Italy, it’s believed it took more than McNulty’s silver tongue to smooth things over; folks think the actress called with an innocent explanation for everything.

What could she possibly have said?!

Maybe there’s one thing… According to an insider, Catherine *should* take comfort in one very important detail about her husband’s romantic public date with his young co-star.

The source, described as a “pal” of West’s, spoke to DailyMail.com and noted Lily and Dominic were with their mutual manager Angharad Wood when the photos of them sharing a kiss were taken. As we reported, the lunch outing was just one of many stops for the pair, who also enjoyed a scooter ride around the scenic Italian city. Their source seemed to insinuate that having a third wheel at that point should be seen as a good thing, explaining:

“The fact that Angharad was there will have been very reassuring to Catherine as the two women are good friends.”

“Angharad would not have stood for anything going on and he would certainly not be so stupid as to do anything in front of her. Dom has a bit of history with women from some time ago, but he’s much too clever to get caught out this way.”

Um… isnt’ this supposed to be a defense?? Because what we’re reading is the man is TOTALLY capable of cheating but knows better than to get caught? The source continued by, well, making it even worse:

“The fact is he’s a very cuddly kind of person, really a big teddy bear, and you could probably have a picture of him like this with a dozen of his female friends.”

Really?? Photos of him mouth-kissing other women and going on couples scooter rides? Is that what “teddy bear” means to y’all??

We’re just not so sure how any of this is supposed to be comforting to the married actor’s wife of ten years feel better. If Dominic and Lily did have a chaperone, it was only briefly. As alibis go, it’s not the best we’ve heard…

The actors apparently met on the set of their new film, The Pursuit Of Love. Innerestingly at least one source is kind of blaming the new COVID safety regulations for the supposed coupling. The insider explained:

“When you are making films these days, you end up locked down in a bubble for 12 weeks. People go crazy. You aren’t allowed to hang out with people from outside the bubble, so you end up spending time with each other.”

Another backed that one up, saying:

“Actors have to sign Covid contracts these days, which mean they promise they will stay in that bubble throughout filming. They can’t see their families even at weekends. It means that people are thrown together in a very intense way.”

Wow. We’ve heard some excuses for cheating, but “This darn pandemic” is a new one for us! Especially since actors hanging out off-set is strictly against the rules!

As we mentioned up top, the 49-year-old landscape designer and her husband chose to put on a united front, posing for pictures together and sharing a statement about their “strong” marriage in a bizarre press conference outside their home on Tuesday.

However, one of Catherine’s friends told the UK outlet that despite putting on a brave face for the cameras, she is seething with anger in private:

“She is privately fuming. There are some difficult conversations to be had, but those will take place behind closed doors.”

This theory was bolstered by the tissue Catherine clutched in her hand the entire time. Almost like she’d been crying just before coming out…

Again, we don’t see a possibility where this new information or any of the other icky moments from Dominic’s past which have recently resurfaced will help mend this rough patch in their marriage. Regardless of how the two choose to move forward together (or not), we highly suggest dude cleans up his act a bit.  The whole married-but-acting-like-a-bachelor thing is really not a good look!