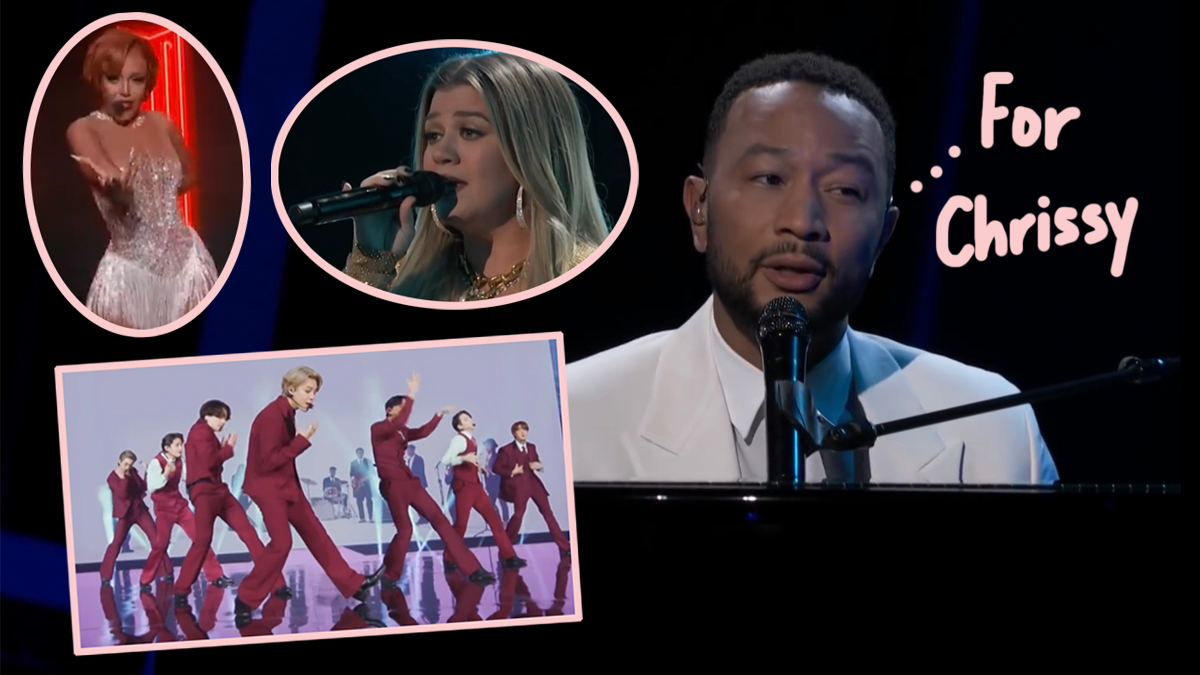 For his first public performance since experiencing a gut-wrenching pregnancy loss weeks ago with Chrissy Teigen, John Legend dug deep and brought heartfelt emotion to his set at the 2020 Billboard Music Awards on Wednesday night.

The 41-year-old sang a beautiful rendition of his single Never Break, pre-taped at the show’s venue at the Dolby Theater in Los Angeles. The lyrics describe a relationship that will “never break” and one built on a strong foundation to take on life’s challenges. We couldn’t think of a more perfect song choice for the couple after the loss of their third child, a son they named Jack.

Related: Billie Eilish’s Response To Getting Body-Shamed In Tight Clothes Is Brilliant!

As you’ve likely noticed, the two have mainly kept a low profile after the tragedy, with the Cravings author only quietly resurfacing on social media days ago. But Legend lovingly let his wife know she was on his mind and dedicated the performance to her just before he began, sharing:

“This is for Chrissy.”

Watch the touching musical tribute (below):

Wow. That just broke our hearts all over again, but we sincerely hope Chrissy and the rest of their family including kids Luna, 4, and Miles, 2, found comfort at this moment. Our thoughts remain with them as they continue to grieve and heal.

The award show, hosted by Kelly Clarkson, continued with even more stunning acts from the NBC‘s The Voice coach herself, as well as Doja Cat, Sia, Alicia Keys, BTS, and Demi Lovato, who performed her latest politically-charged single Commander In Chief for the first time. Although the network reportedly chose to censor the very end of her set where she encouraged viewers to Vote, you can watch the powerful moment and others stage time (below)!

Perezcious readers, did U catch the big show? What did U think of these performances? Let us know (below) in the comments!