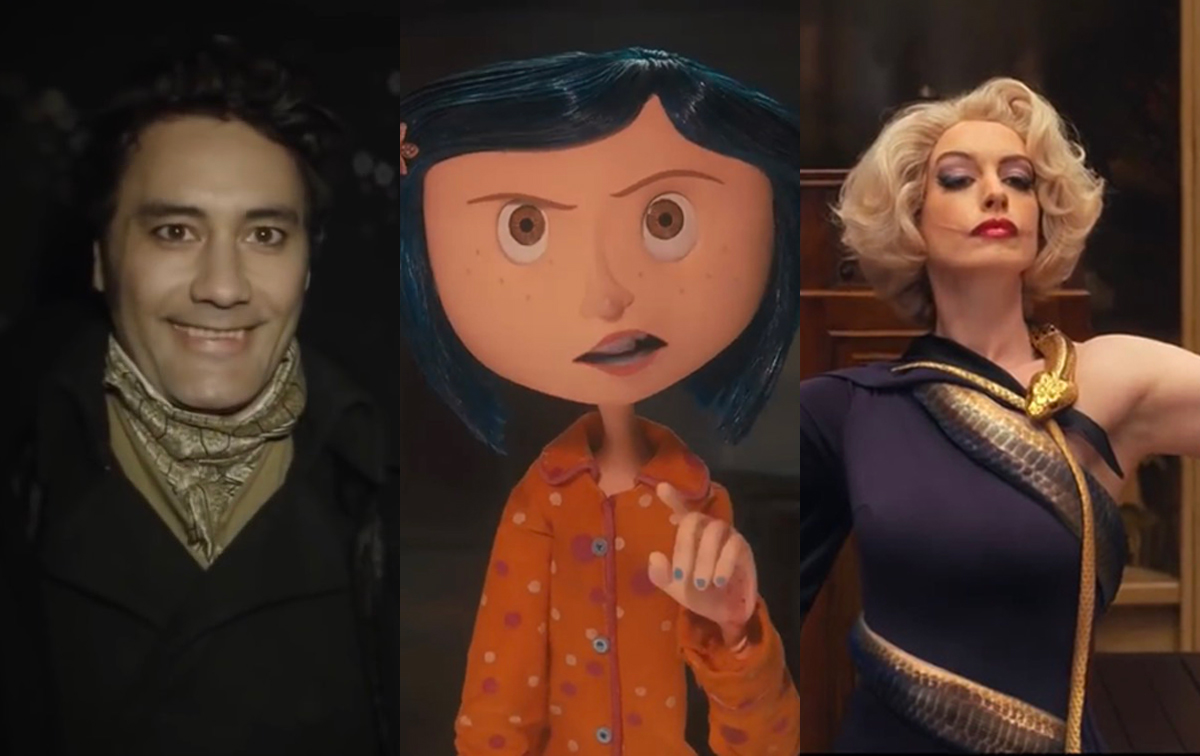 When it comes to holiday viewing, Halloween may have Christmas beat for the best variety of thematic films. The horror genre has a LOT to offer with every type of frightening monster, terrifying villain, and gruesome gore you could imagine. But films full of frights aren’t for everybody — some of us are a little too jumpy for jump scares.

Related: Glenn Close Posing As A ‘Homemade’ Cruella De Vil Will Get You In The Halloween Spirit!

Luckily, there are still plenty of options if you’re a scaredy cat (or using your little ones as an excuse to avoid horror) and you’re in the mood for some spooky atmosphere. And thanks to the nearly unlimited number of available streaming services, your Halloween treat is just a click away!

From time-honored classics to new faves, here’s our list of Halloween flicks that won’t keep you up at night (and where to find them!).

The latest adaptation of Roald Dahl’s The Witches, streaming October 22, has a seductively star-studded cast: Anne Hathaway appears as the Grand High Witch, with Octavia Spencer and Stanley Tucci in supporting roles and narration from Chris Rock. The fantastical film sees Oscar winner Anne going fully and delightfully camp in wicked witch mode just in time for Halloween. (And if you want to compare, the Anjelica Huston version is on Netflix!)

Where to watch: HBO Max

Tim Burton is basically the king of spooky, atmospheric films — you could point to almost anything he’s directed (or produced) and it would probably make for great Halloween viewing. Beetlejuice might be the pinnacle, though. A magnificently manic Michael Keaton stars as the titular poltergeist, with a stellar supporting cast including Winona Ryder, Alec Baldwin, Geena Davis, and Catherine O’Hara. (Who could forget TV’s Moira Rose in that iconic lip sync scene?)

Where to watch: Peacock

What We Do In The Shadows

What We Do In The Shadows is probably the raunchiest movie on this list, but it’s perfect if you want a creature feature that won’t keep you up at night. Instead, this film from Flight of the Conchords’ Jemaine Clement and Oscar winning Marvel alum Taika Waititi will split your sides with its absurd and hilarious take on vampires. As a bonus, if you can’t get enough of the mockumentary, there’s a whole spin-off series airing on FX that may be even better than the source material.

Where to watch: Amazon Prime

If you’re looking for a truly beloved classic, you’d be hard-pressed to find one that beats Hocus Pocus. Seriously, this movie has such a devoted following that 20+ years after its original release, it became the #2 film at the box office underneath Christopher Nolan’s Tenet. The Sanderson sisters are the quintessential Halloween witches, and there’s no better time to watch then now: a sequel was greenlit last year, apparently titled Hocus Pocus: Rise of the Elderwitch.

Two writers meet in a dark, lonely wood in this meta horror-comedy. Fred (Josh Ruben) and Franny (Aya Cash) come together during a power outage to compete over the best frightening tale — but Fred, intimidated by Franny’s success as an already best-selling author, may take the competition too far.

More a movie about horror than a horror movie, this film is light on the typical ghouls and gore, but will definitely satisfy your craving for scary stories. And here’s the real kicker — this is NOT an anthology film! All the stories are acted out IN THE CABIN by a fantastic cast! Bonus: SNL’s Chris Redd increases the funny factor.

Where to watch: Shudder

Coraline is a children’s film on the surface, but don’t underestimate this movie: it’s really, genuinely creepy. Based on the novella by Neil Gaiman, this gorgeous and unsettling flick follows our young heroine Coraline (voiced by Dakota Fanning) as she goes down her own rabbit hole and has to face off with her doppelgänger Other Mother (Teri Hatcher).

Where to watch: Starz

The Nightmare Before Christmas

It’s a rare film that can cross over to multiple holidays, but this one works in October and December. Of course, considering protagonist Jack Skellington originates from Halloween Town (no relation, but if you’re interested, you can also watch that whole series on Disney+), the spooky vibe might win out. This is another film that has made an indelible mark on pop culture — we mean, what would Hot Topic be without this movie?

Dun dun dun dun… snap snap. Nothing gets us in the mood for Halloween like The Addams Family theme song. America’s scariest family originated as a comic strip back in the ‘30s, and has since seen a variety of adaptations in film and television. The most recent take, an animated film starring Oscar Isaac, Charlize Theron, Chloë Grace Moretz, Finn Wolfhard and a number of other A-Listers is streaming on Hulu. But if you ask us, the 1991 big-screen hit is the definitive film version, not least because of the perfectly paired Anjelica Huston and Raul Julia as Morticia and Gomez Addams — and of course little Christina Ricci as Wednesday.

Where to watch: Netflix

Coco may be a more recent addition to the canon, but it might also be the most heartwarming entry on this list. The Oscar-winning Pixar film was inspired by the Mexican Day of the Dead, so while it’s not strictly Halloween related, you won’t regret adding this to your spooky viewing. Like all Pixar films, it will fill your heart and bring a tear to your eye — while also getting you into the holiday spirit.

The Frighteners, a pre-Lord of the Rings film from director Peter Jackson, is sort of a reverse Ghostbusters: Michael J. Fox stars as Frank Bannister, a man who teams up with ghosts to stage faux-hauntings so that he can “exorcise” them for money. But when Frank’s ability makes him the #1 suspect for a series of murders, he’s forced into solving a ghostly plot before it costs him his life.

Where to watch: HBO Max

Will you be tuning in to any of these mild Hallow-films? SOUND OFF with your thoughts in the comments (below)!