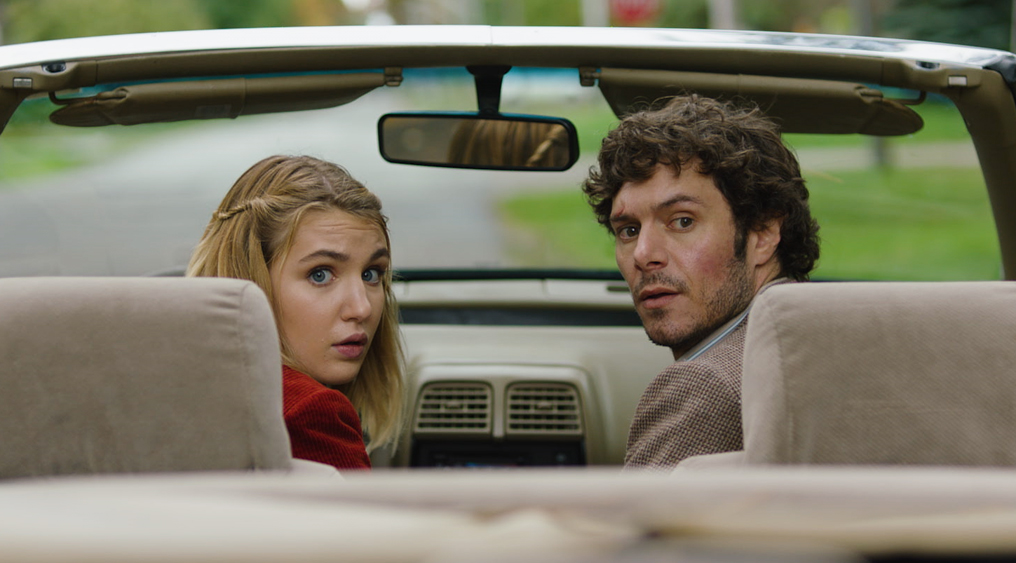 There is a very good mix of theatrical, digital, VOD and hybrid releases this weekend starting with The Kid Detective from Stage 6 Films starring Adam Brody and Sophie Nélisse.

Written and directed by Evan Morgan, the movie is about exactly what the title suggests: a kid detective. Brody plays a once-celebrated kid detective who is now 31 and isn’t exactly bathing in fame. However, he continues to solve the same trivial mysteries as he navigates his hangovers and wades in puddles of self-pity. All of this changes when a naïve client brings him his first “adult” case in which he attempts to find out who brutally murdered her boyfriend. The film also stars Sarah Sutherland, Tzi Ma, Wendy Crewson, Jonathan Whittaker and Peter MacNeill.

‘Yellow Rose’ Sings Its Way Into Theaters And Drive-Ins, ‘Save Yourselves!’ And ‘Possessor Uncut’ Stay Afloat – Specialty Box Office

The Kid Detective marks Morgan’s feature debut (you can read Todd McCarthy’s review here) and it made its debut at this year’s Toronto International Film Festival in the Selects program. Sony Pictures Worldwide Acquisitions’ Stage 6 Films acquired worldwide rights, excluding Canada, and will release the pic in 866 theaters this weekend. Watch the trailer below.

Your first year in college can be tough — especially when you are really close to your family. In S#!%house!, first-time writer/director/actor Cooper Raiff brings this experience to the big screen with mumblecore appeal.

In the pic from IFC Films, we are introduced to Alex (Raiff) as he navigates through the lonely waters of his freshman year. He’s homesick and has a painfully awkward time with making friends. He struggles with living on his own for the first time and can’t really bond with his drunken stoner roommate — but things start to shift when he attends a drunken soiree at the house of an infamous party fraternity called Shithouse where he has an immediate connection with Maggie (Dylan Gelula). They have one of those wonderful nights together but the next day, she ignores him completely. She seems to have forgotten about their bond. Desperately clinging to his social breakthrough, Alex pulls out all the stops with one more night at Shithouse, hoping to rekindle that moment of connection.

Under the guidance of Jay Duplass, Raiff released S#!%house! at the SXSW Film Festival where it won the Grand Jury Prize and made Raiff a filmmaker to watch. The film opens today in select theaters and on VOD. Watch the trailer below.

Comedian and actor Steve Byrne makes his feature directorial debut with The Opening Act — which pulls the curtain back on the life of an aspiring stand-up comedian through the eyes Will Chu played Jimmy O. Yang — who is also a stand-up in real life.

It seems that Will has it all: a good job and a great girlfriend, but there’s a void in his life. He wants to follow his true passion of becoming a stand-up comedian. When he gets the opportunity to be the emcee for his hero Billy G. as he hits the road. Sure, his dreams are coming to fruition, but things take a turn when the realities of life on the stage come crashing in. Between relentless hecklers, drunk comedy groupies and hard-to-impress morning radio DJs — things aren’t what he expected. Even if he can take the opportunity to learn from his idols and overcome the challenges, Will still needs to decide if he should continue with the life he has, or pursue his dream of becoming a comedian.

In Pietro Marcello’s 16mm epic, Martin Eden brings Jack London’s classic novel of the same name from San Francisco to 20th century Naples. Luca Marinelli plays the titular Martin Eden, an unskilled laborer and sailor who is determined to rise above his humble origins through his writing after he falls in love with Elena, the daughter of a wealthy industrial family. He soon gets involved in socialist circles which lead to political reawakening and destructive anxiety – which ultimately compromises his relationship with Elena and her bourgeois world.

The film made its debut at the 76th Venice International Film Festival where it was selected to compete for the Golden Lion. Marinelli, who recently appeared in Netflix’s The Old Guard, received praise for his role in the film. He won the Volpi Cup for Best Actor prize in Venice as well as the Platform prize at the Toronto International Film Festival. The film debuts in theaters and virtual cinemas today.

Aaron Sorkin’s The Trial of the Chicago 7 drops on Netflix today and with the story and its cast that includes an impressive mix of high wattage vets as well as some of today’s top-notch actors, it certainly is throwing its hat in the ring for awards season.  The film is 14 years in the making and has the Steven Spielberg stamp of approval (he was originally supposed to direct).

Written and directed by the Academy Award-winning screenwriter of The Social Network, The Trial of the Chicago 7 chronicles the historic case of the protest at the 1968 Democratic National Convention that went from peaceful to violent. The organizers of the protest—including Abbie Hoffman, Jerry Rubin, Tom Hayden and Bobby Seale—were charged with conspiracy to incite a riot and the trial that followed was one of the most notorious in history — a history that is seldom taught in high school.

Michael Matthews’ Love and Monsters starring Dylan O’Brien and Jessica Henwick will hit PVOD and give us a pic to satisfy our need for romance, fantasy and, like the title suggests, monsters.

The film, written by Brian Duffield and Matthew Robinson is set seven years after a “monsterpocalypse” which forced all of humanity to move into underground colonies (feels like we are close to that in real life). As Joel Dawson (O’Brien) watches his fellow survivors pair off, he decides to brave the surface and face the monsters standing between himself and his high school sweetheart Aimee (Henwick). Along his dangerous journey, Joel makes unlikely friends including a heroic dog and a pair of survivalists (Michael Rooker and Ariana Greenblatt) who help him survive the monster-infested road to true love. Shawn Levy and Dan Cohen are the producers.

There hasn’t been a shortage of documentaries putting a spotlight on this problematic presidential administration — and this week we add two more as we get closer and closer to election day.

The first is The Accidental President from British filmmaker and journalist James Fletcher which gives play-by-play from all angles on how Trump became President of the United States — and how he may do it again.The docu features Anthony Scaramucci, Piers Morgan, Kellyanne Conway and many others. Married to CNN anchor Brooke Baldwin, Fletcher has had a unique perspective on the Presidential race. He worked relentlessly making the film for several years and edited it while his wife was sick at home with COVID-19.

Perhaps Fletcher’s wife wouldn’t have been devastated with the coronavirus if the Trump administration was more proactive with handling the pandemic. In the Neon documentary Totally Under Control, filmmakers Alex Gibney, Suzanne Hillinger and Ophelia Harutyunyan chronicle the White House’s failed response to the global pandemic and how it could have been prevented. The docu dives deep into how this happened and the pandemic’s devastating impact. The film gives damning testimony from public health officials and hard investigative reporting, Gibney exposes a system-wide collapse caused by a profound dereliction of Presidential leadership. The film is currently available VOD and will be released on Hulu October 20.

Rick Korn’s Harry Chapin: When In Doubt Do Something tells the inspiring story of Grammy Award-winning singer/songwriter/activist Harry Chapin (“Cats in the Cradle”). The musician sold over 16 million albums and was one of his generation’s most beloved artists and activists who spent his fame and fortune trying to end world hunger before his tragic passing. The film features some of the most prominent names in music including Billy Joel, Bruce Springsteen, Pat Benatar, Pete Seeger, Robert Lamm, Sir Bob Geldof, Darryl “DMC” McDaniels, Tom Chapin, and Sandy Chapin. Greenwich Entertainment releases the documentary today (which is World Food Day) in select theaters as well as virtual cinemas.

Also opening in theaters and VOD is the Edward James Olmos-directed drama The Devil Has a Name. Olmos stars alongside David Strathairn, Kate Bosworth, Katie Aselton, Haley Joel Osment, Alfred Molina and Martin Sheen in a story about an ambitious oil executive that leaves the whole industry exposed when she attempts to outwit a recently widowed farmer whose water she has poisoned. In the genre-bending docudramedy When The Storm Fades, director Sean Devlin spotlights the lingering impacts of the strongest storm ever to hit the Philippines. It stars real Typhoon Haiyan survivors re-enacting their experiences in the aftermath of the storm alongside Canadian comedians — who play the role of white saviors.