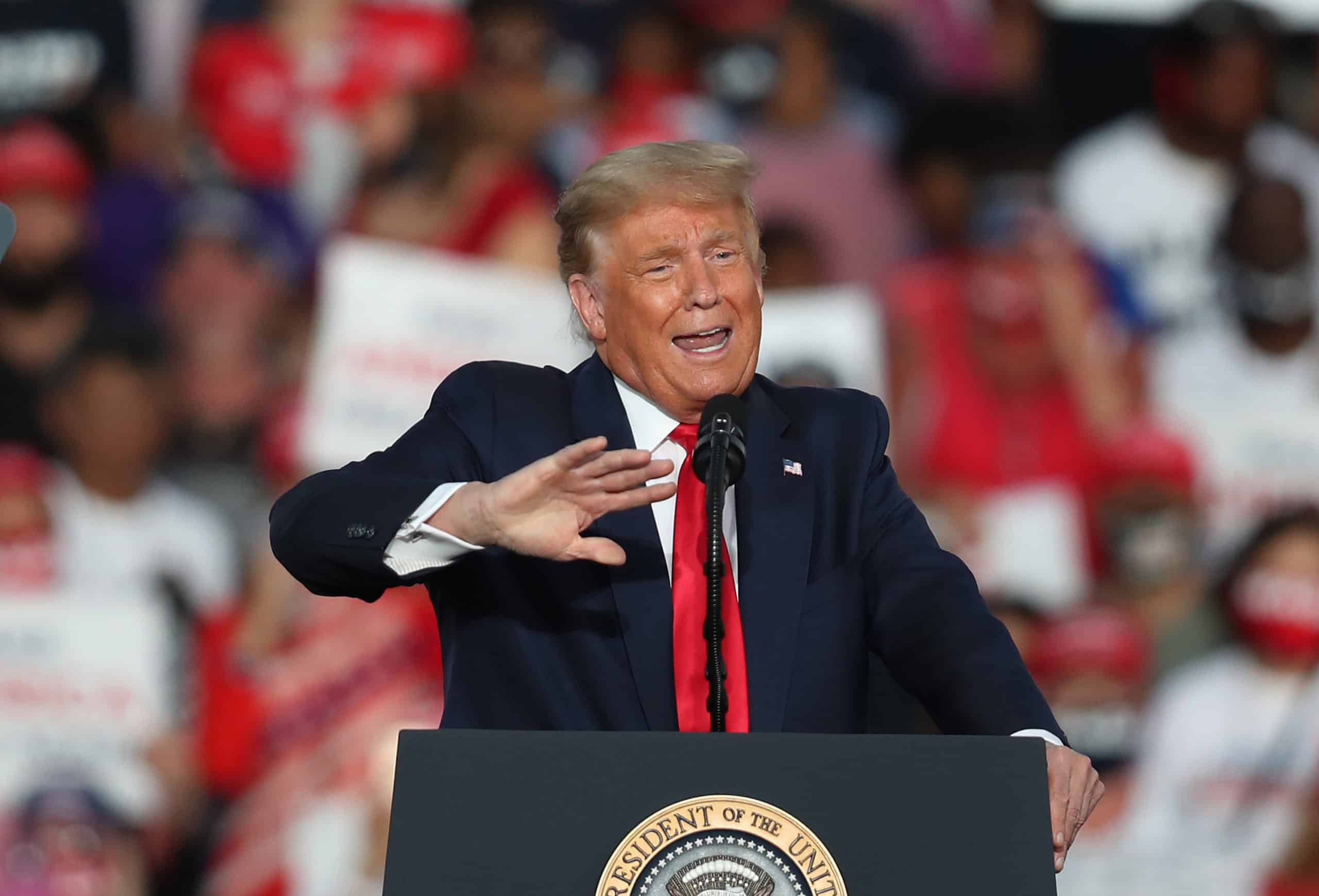 TSR Politics: This election, heck, this year has just been wild. A little more than a week before the second presidential debate was supposed to go down, Donald Trump says he tested positive for Covid, prompting the debate to be canceled.

Despite Trump claiming he’s been cured, former Vice President Joe Biden offered to debate with Trump virtually and when he declined, the two ended up holding two dueling town halls on the same night.

After Biden announced his town hall with ABC, Trump decided to take his issues to NBC and have a town hall on the exact night, at the exact time.

Fast forward to Thursday night and Trump was truly in the hot seat with NBC’s Savannah Guthrie, who pushed him on the questions he attempted to dodge.

Anytime Trump tried to talk around a question, Savannah asked him again and even did some live fact-checking as Trump responded to questions from her and voters.

At one point, Trump was asked about his initial failure to denounce white supremacy and then was asked if he would disavow QAnon, –a right wing racist conspiracy theory movement.

You can watch the clip of the tense exchange below:

In another noteworthy moment of Trump’s town hall, he more or less agreed with reporting that he’s more than $400 million in debt. As he continued to go at it with Guthrie, Trump was asked about a New York Times report that revealed he owed money to foreign entities.

“When you look at vast properties like I have…the amount of money, $400 million, is a peanut, it’s extremely underleveraged…Not a big deal.”

Needless to say, the town hall was quite interesting but hopefully everyone can get it together so we can get one last final debate before Election Day. We’ll keep you posted.