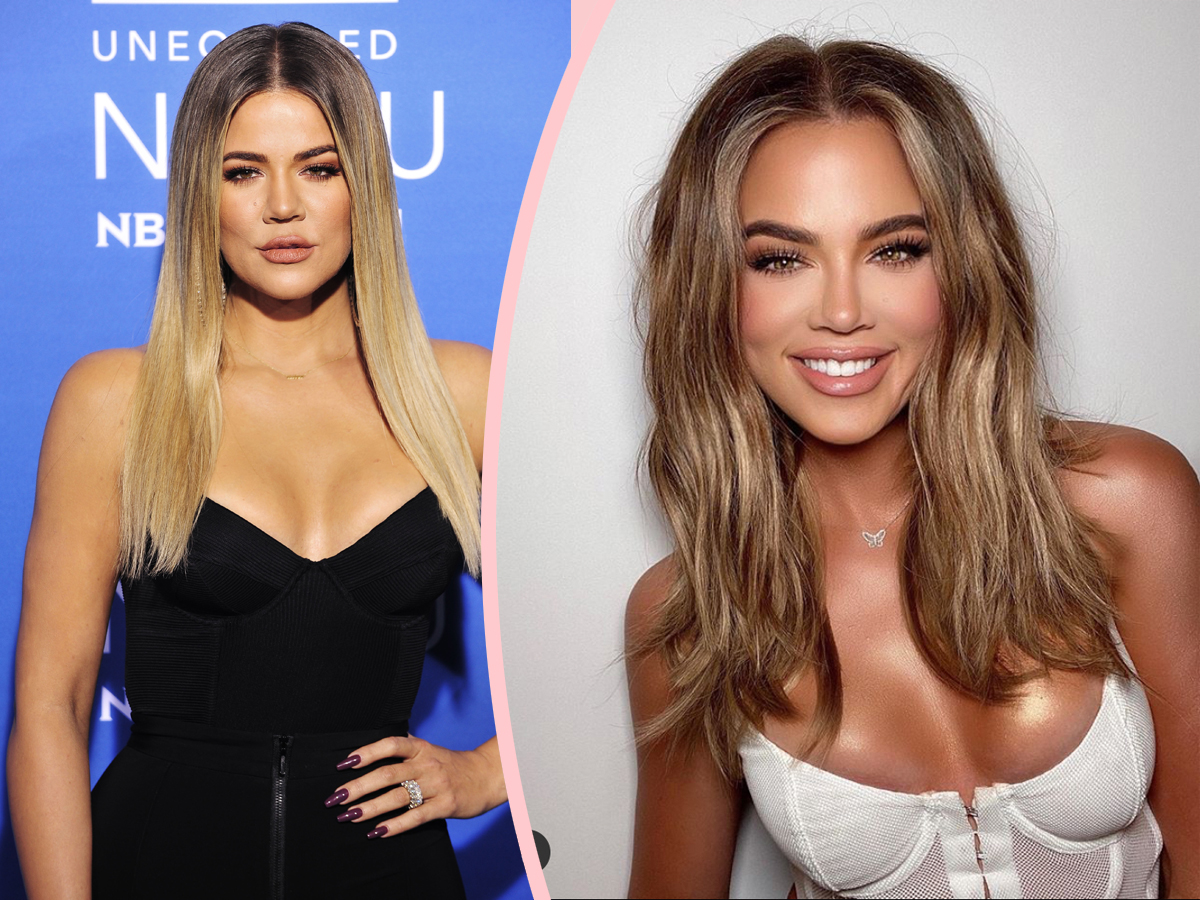 Fans have called out Khloé Kardashian for her ever-changing looks a LOT over the last few months, but the reality star doesn’t let the hate get to her… most of the time, anyway.

Haters are pretty much inevitable when you live in the public eye, and Koko has certainly had her fair share. But her critics aren’t just the typical body shaming trolls — a lot of followers have been vocal about how different Khloé looks in her photos, seemingly via heavy editing. Most of the time, fans are telling her how beautiful she is IRL — and that she doesn’t need to do that.

Still, while talking to Elle, the KUWTK star gave a pretty boilerplate response to what she referred to as “mean comments.” She said:

“At first, [mean comments] would definitely bug me, and I’m like, what in the world? I would never take my time to shame someone or be negative. I only comment nice and positive things. At first, I would let stuff like that affect me. And now I really don’t care. Maybe if I’m having a bad day. But typically, I would say 90 percent of the time, it doesn’t affect me.”

Well, we can’t lie, that’s a pretty generic answer. True’s momma doesn’t owe us any explanations, but we are interested to know a bit more about why she prefers posting pictures that look so different from her natural face.

Back in 2016, she admitted to her love of Facetune, the editing app presumably responsible for the 36-year-old’s chameleon transformations. She told Chelsea Handler:

“Facetune is the best thing to bring to the table. It’s life-changing. It’s the only way to live. … It’s not real, you are presenting to the world what you want them to believe you are. It’s amazing. I think our society nowadays is so caught up on getting validation from the social world that no one really knows, so they post these things.”

Now, this is almost — but not quite — a full explanation. We mean, Khloé is already seriously gorgeous — why would she need to present the world anything other than her beautiful self? Her Facetune obsession would sadly suggest that criticism of her appearance does affect her, seeing that she’d rather share an edited version of herself than the real deal.

Saying that altering your appearance to the point where fans would call you “unrecognizable” seems like a pretty unhealthy mindset to us. We understand that living in the spotlight comes with a lot of pressure, so we don’t want to be too hard on her — but what is she showing her young fans??

At least the television personality has a sense of humor about it all. During a recent podcast appearance, she joked that she met a friend “five faces ago,” and she often has a quick clap back for fans’ rude comments.

She shared with Elle:

“Sometimes I have to f**k with people a little bit. I try not to! I try to behave, but sometimes they’re just asking for it.”

You know we live for the Khloé sass. But we also want her to know: we love you just the way you are, gurl! Facetune or not!