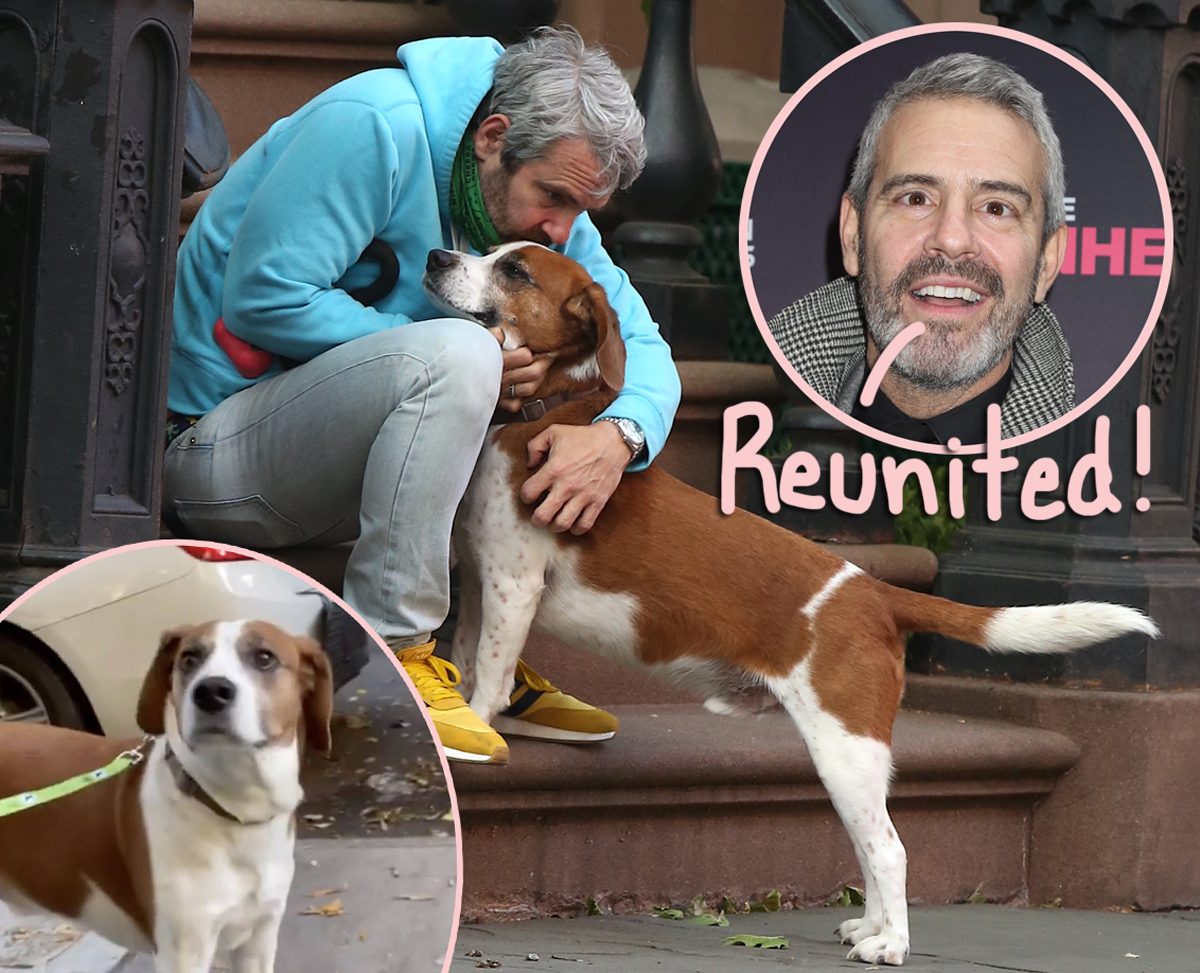 Life was perfect again between man and man’s best friend in New York City this weekend — if only for a little while.

Andy Cohen revealed over the weekend that he’d reunited briefly with his beloved dog Wacha. As you’ll recall, the TV host chose to re-home the dog back in May after “an incident” involving “signs of aggression” that reportedly left professionals to suggest moving the dog for the safety of everyone — including Andy’s now 20-month-old son Benjamin Allen Cohen.

Related: Andy Cohen Screwed Me Over!

On Saturday, though, the pain of having to re-home the pup was long gone — if only for a brief moment! The Watch What Happens Live host shared a video clip of the dog on his Instagram Stories (see above, inset) revealing to the world that the two old pals were taking a walk through the streets of New York City together! Just like old times!

The Bravo exec and on-air personality updated fans in the video while walking with Wacha, saying:

“Reunited with my buddy today. He’s happy to be walking around his old haunts. He’s happy, he’s healthy, he’s pissing on everything in the neighborhood. God is good, Wacha’s good, life is good.”

It’s a bittersweet moment, of course, as Andy and Wacha can never be forever reunited again after the dog’s re-homing at the start of the summer. But it apparently was for the best at the time, as Cohen explained when he made the tough decision. Now, it sounds like Wacha — who is named after Michael Wacha, a former pitcher for Cohen’s beloved St. Louis Cardinals — is doing as well as can be expected with his new family!

It isn’t perfect, but it all worked out in the end. We love to see it! Besides, the 52-year-old is plenty busy as a new dad, anyways, with adorable little Benjamin at home. Life really is good out in NYC!

Now, Cohen must scramble to take advantage of a summer ratings bonanza over at Bravo and replace some key outgoing cast members on the Real Housewives of Beverly Hills. There have been no shortage of rumors and reports on that front already, so it seems like Andy has his work cut out for him there. Just another day trying to stay on top of the reality TV world, we suppose!

It was such a sad day when we learned he was being up-rooted and re-homed, but we couldn’t be happier to know now that he’s as happy as can be! So sweet!