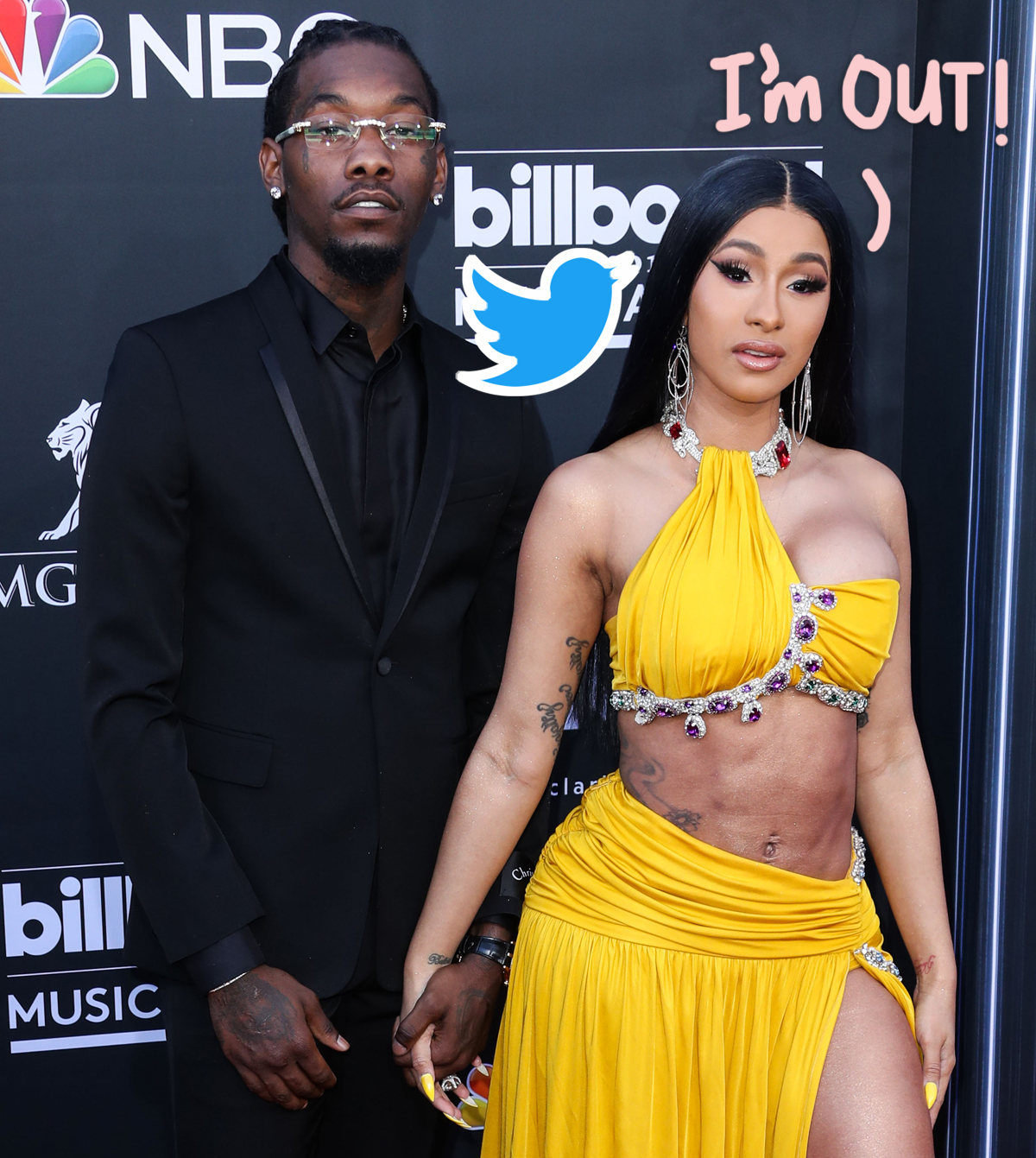 Cardi B has had it with the internet’s opinion on her whiplash-inducing relationship with Offset!

The 28-year-old rapper officially deleted her Twitter account late on Saturday night after claiming her fans and followers were “harassing” with Migos rapper, from whom she has recently filed for divorce. The Bardi gang has been vocal about their disappointment over the pair’s reconciliation in Las Vegas earlier this month, even going so far as to suggest the Bronx native is stuck in a mentally abusive union.

It appears the outspoken entertainer no longer has the patience to field any more intrusive questions and before signing off the social media platform for good, she took to Instagram Live to address her critics!

For whatever reason, Cardi began her angry, since-deleted rant by throwing some misguided shade at Ariana Grande when describing how fans have overstepped their boundaries:

“A whole bunch of 15-year-olds telling me how to live my life like I’m mother f**king Ariana Grande or something. Like I came from Disney or something.”

“I’m so tired of people saying I’ve got to continuously explain myself. I didn’t put my divorce out there, a f**king court clerk put it out there. And because people are making rumors up, ‘Oh, this guy has a girl pregnant,’ I have to address it.”

But then she got to the meat of her argument and slammed followers for attacking Kulture‘s dad:

So, she’s basically saying that we should all play nice just in case she wants to call off the separation. But the thing is, they’re already back on even without the official husband and wife title, and after all that’s transpired between them over the years, it sounds like her loyal fans just want to make sure she’s okay!

The WAP artist went on to explain how it’s hypocritical of her followers to give her backlash over things “other people f**king do.”

“Y’all want to call yourself fans, I don’t give a f**k. I’m tired of it. I do whatever the f**k I want to do. I love my fans and I’m grateful and thankful for what you do but some of y’all really be acting like I be sleeping with y’all. Offset is not the only f**king problem that I deal with. To be honest with you, my marriage is one of the least worries that I have right now.”

Fair point. There are bigger things happening in the world right now, but in Bardi’s world, this relationship tea is front page news, isn’t it? As we mentioned up top, people are obviously very concerned by her reluctance to leave the Clout rapper and (inaccurately?) assumed there must be something more insidious going on; the star did her best to assure us all this has nothing to do abuse and everything to do with getting some D.

However, as a celeb in the public eye, it’s likely that fans won’t stop speculating about Cardi’s relationship so she best get used to it! Honestly don’t think she’ll hide away from Twitter forever but in the meantime, what do U guys think about her approach to dealing with critics? Healthy decision to block out the noise, or is she dodging the truth? Listen to an excerpt of her candid rant (below) and sound OFF with your opinions in the comments section!