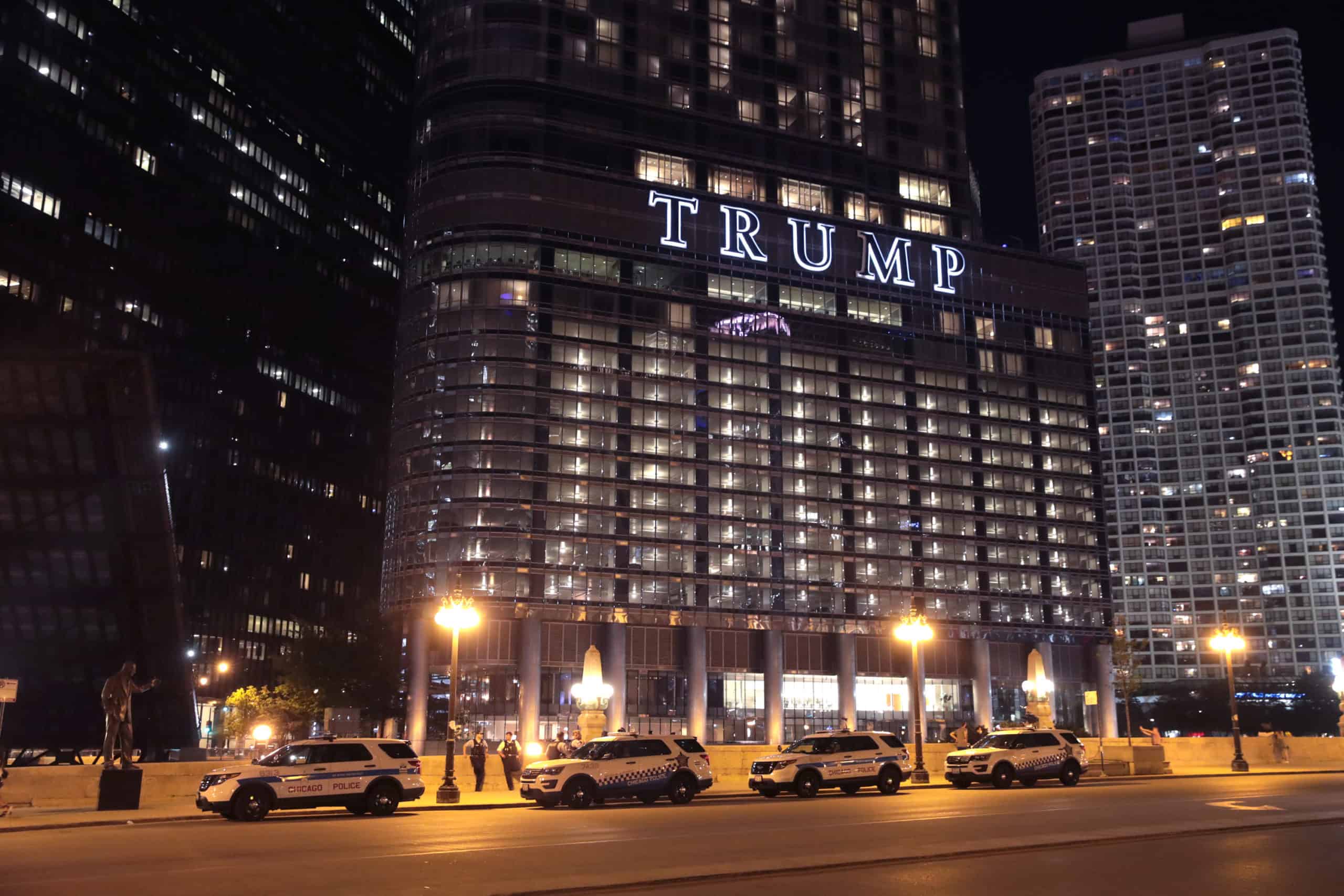 According to CBS Chicago, the United Steelworkers Union decided to project Joe Biden and Kamala Harris’ logo on to the Trump Tower in downtown Chicago on Saturday. They are calling it their “bat-light” as they show support for the Biden-Harris campaign. The organization is currently on a multistate tour and the image will be projected onto buildings in cities throughout Illinois, Michigan, Minnesota, Ohio, Pennsylvania.

However, that was not the only building in the city of Chicago that the logo made an appearance. They also projected the light on to the Chicago Theatre, the Art Institute of Chicago, and Wrigley Field.

As many of you know, Election Day is right around the corner and the candidates are hard at work trying to rack in the votes to see who will occupy the Oval Office come next year. Recently both Donald Trump and Joe Biden hosted town hall meetings on the same night on two different networks.

The town hall meetings came after the second presidential election was canceled after Donald Trump refused to participate in a virtual debate after he tested positive for COVID-19, he has since claimed to have now tested negative for the virus.

Then we went around the block and this happened…🦇🔦 #USWBatLight #VOTE pic.twitter.com/67E69r2hHM