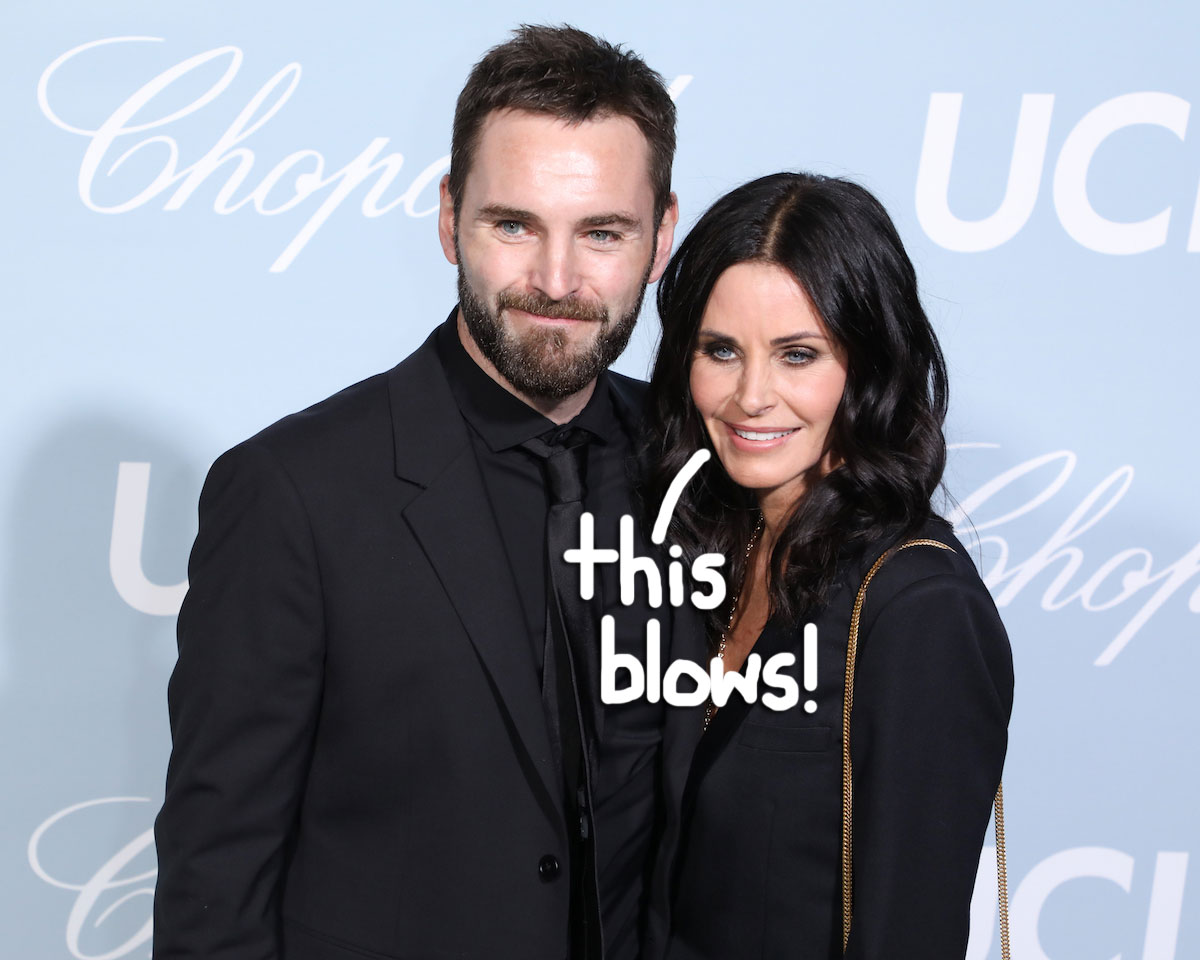 The past few months have been especially difficult for those separated from their families or significant others due to the pandemic, and celebs definitely aren’t immune! Courteney Cox is one of the famous faces who has been without her longtime love for the past several months, and it’s not clear if she’ll be getting good news about a reunion anytime soon.

On Monday’s episode of Foy Vance‘s The Vinyl Supper podcast, the Friends alum confirmed she has still not seen Johnny McDaid in MONTHS, with him stuck in Europe and her at home in California:

“Let’s say it’s been 150 days — I’ve cooked 145 of them. And I haven’t seen John in that many days. He left the next day [after] the whole country shut down — or at least [when] California did. I think maybe New York was before us.”

Luckily, she has friends (Jennifer Aniston and Lisa Kudrow, perhaps?) and her 16-year-old daughter to keep her company in the meantime:

“I’ve had these two friends … they were gonna quarantine with me — which is great because if I can’t be with John, I don’t wanna be just by myself with Coco. I’m a little chicken.”

So how has the 56-year-old been passing the time for the past few months? As restrictions have begun to ease up, it’s become easier for Cox to see some pals on weekends, but that doesn’t mean she’s not missing her man:

“Sundays are different; I do miss the music part of it. I miss a lot of it, although people are starting to go, ‘Okay, if everyone’s been quarantining and everyone’s safe,’ they like to come to the beach. So I’m not that lonely when it comes to seeing people, especially on the weekends.”

Watch more from Vance and Courteney (below):

Back in May, the Scream star told Ellen DeGeneres how much she missed the Snow Patrol musician, including his physical touch:

“He was supposed to go to Switzerland to write and instead, he had to go to England first and then, all of a sudden, [quarantine] happened… I have not seen him in so long and you don’t realize, we spend a lot of time on FaceTime, but now, it’s like, Oh, my God, I just miss, you know, his physical touch. Just all of it. It’s been hard, really. This is the longest time.”

From the sound of her new chat, things have gotten harder since then, but we sincerely hope they’re able to reunite as soon as it’s safe!!