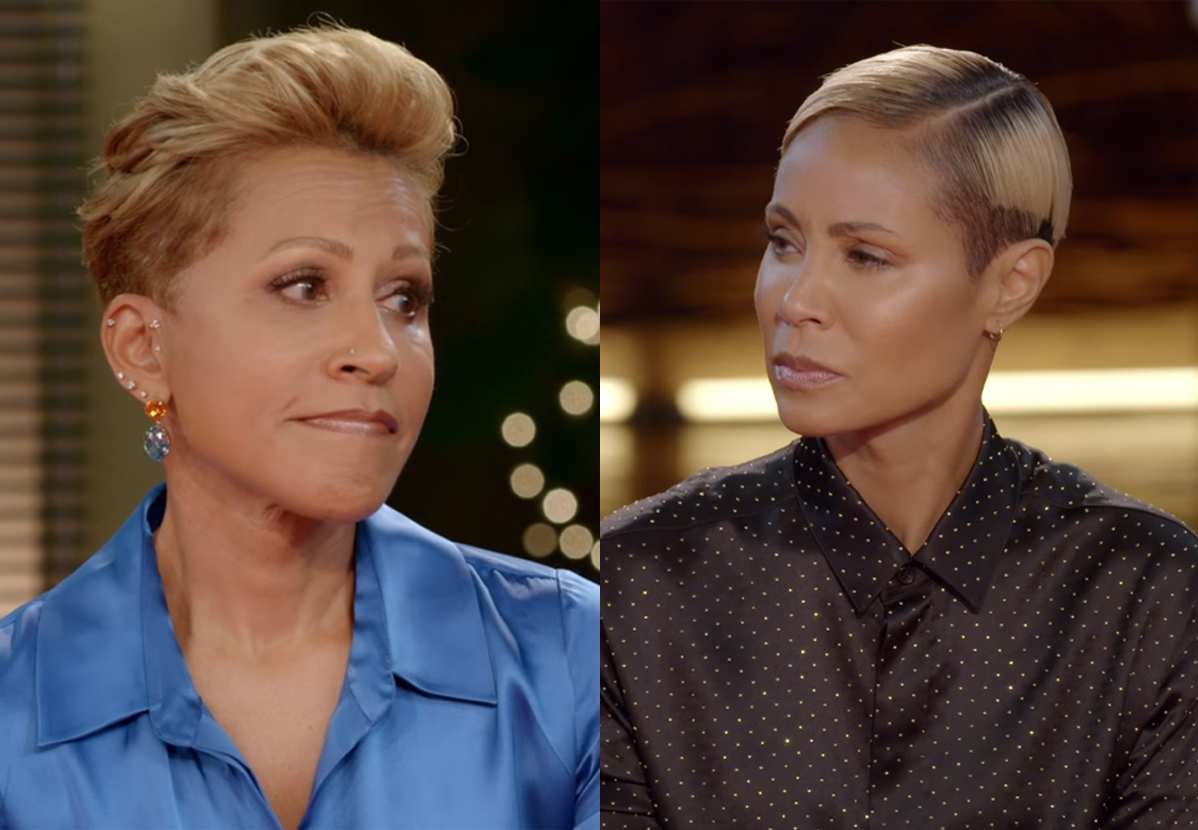 Red Table Talk always goes deep, but this week’s episode promises to be one of the most intense yet.

The theme for Wednesday’s episode of the Facebook Watch program is sexual consent, a thorny but very relevant discussion for the world we live in today. As part of the conversation, Jada Pinkett Smith, her daughter Willow and mother Adrienne Banfield-Norris explored the “gray areas” of intimacy in their own lives.

Video: Rumer Willis Reveals She ‘Didn’t Say Yes’ When She Lost Her Virginity

[Trigger Warning for discussions of abuse and sexual assault.]

In a preview, the 49-year-old asked her mom:

“So, Gam, you feel like nowhere in your history in regards to sexual intimacy have you felt like you had a sexual experience that was not necessarily consensual.”

In what seems to have been a surprising revelation for the actress, Banfield-Norris shared:

“I have. I have, but it was also with my husband. Your dad, actually. So that’s really gray.”

The Bad Moms star paused to take this information in, clearly processing. She replied:

“That is gray… but you do hear that a lot. So you’re basically saying you had non-consensual sex with my father.”

See a preview of the shocking convo (below):

Spousal rape is still a very “gray area,” both socially and legally. According to Mother Jones, while most states now have laws against it, in many places cases of spousal rape are treated differently than other rape cases. The President of the United States, Donald Trump, was accused of spousal rape by his first wife Ivana Trump during their divorce proceedings. When the accusation resurfaced during his first presidential campaign, Trump’s former lawyer Michael Cohen — back when he was still, well, the devil’s advocate — gave a statement to The Daily Beast saying:

“By the very definition, you can’t rape your spouse.”

This wasn’t the first time that Adrienne opened up about her volatile marriage to Jada’s father, Robsol Pinkett Jr. The couple got married after Adrienne became pregnant with Jada while she was in high school, and divorced after several months.

Related: Gloria Estefan Confronted With Her HORRIBLE Reaction To Daughter Coming Out On Red Table Talk!

In a 2018 episode of Red Table Talk, the family discussed the abuse she faced at Pinkett Jr.’s hands. Will Smith’s wife opened the episode with the introduction:

“I knew that my mother and my father had a very violent relationship early on. She has a couple scars on her body that, as a child, I was just curious. I was like, ‘Oh, Mommy, what’s that? What’s that?’ … My mother wasn’t one to not tell the truth. This will be the first time that Willow’s actually heard these stories about her grandfather who she knew.”

Describing an incident where she was thrown over a bannister, the 67-year-old recalled at the time:

She went on to add:

“I think women stay because they think that they’re in love. That’s what it was for me. I thought that it was love.”

How brave to open up about such a painful and personal story. We continue to be grateful for the women of Red Table Talk.

‘The Trial of the Chicago 7’ Weaves Our Painful History With Jokes!
FilmLA Says 17 Movies, TV Series & Reality Shows Are Shooting On Location Or Recently Wrapped In L.A.