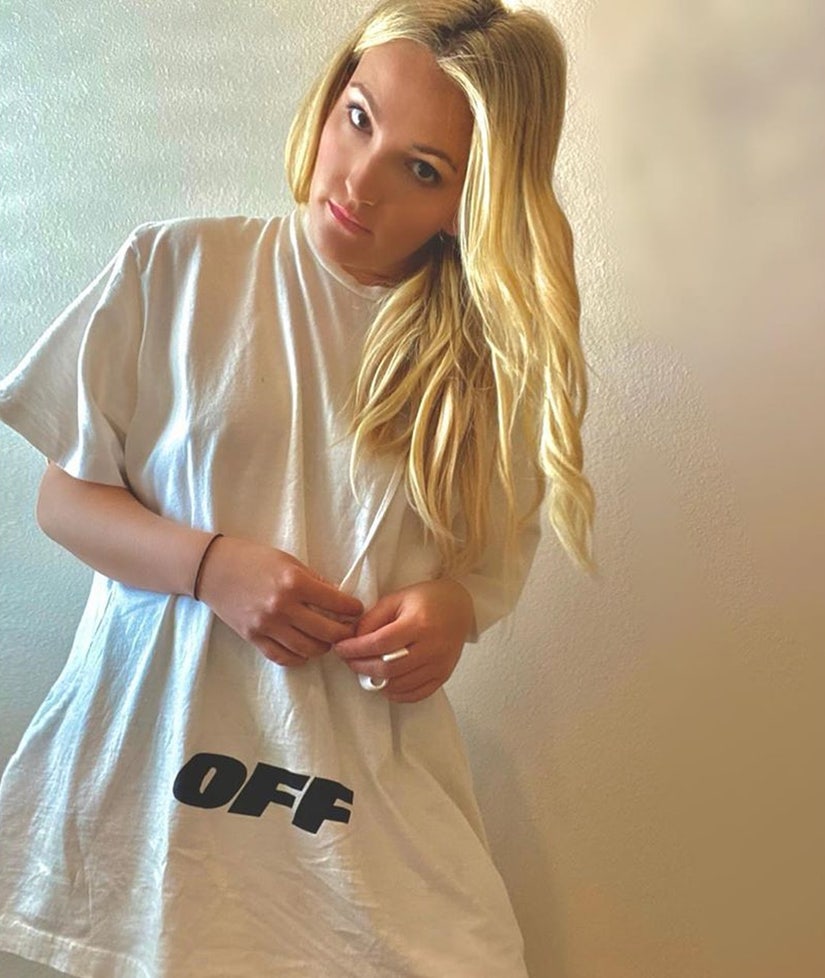 Spears also clarifies why Zoey 101 ended and which big franchise she auditioned for while pregnant with her first child.

It’s been almost 13 years since Jamie Lynn Spears shocked the world with her pregnancy at the age of 16 while starring on Nickelodeon’s hit “Zoey 101.” Now, she’s reflecting on that time in her life, while also dropping a new version of the show’s theme song.

Now 29 and mother to two children — 12-year-old Maddie and 2-year-old Ivey — Spears’ said that when she found out she was pregnant, she was “mortified” to tell her parents she and her then-boyfriend Casey Aldridge were expecting.

Paris Hilton Talks Britney Spears’ Conservatorship: ‘She Has No Control of Her Life’

“You have your first love, or what you call love in high school. You think it’s forever, and then, oh my gosh, I’m pregnant. I am mortified to have to tell my parents this and my family this. I do not care what TMZ thinks about it,” she told NYLON in a new profile.

“That was all I was thinking about: ‘These are the people I love that I have to tell, and also, I’m pregnant. There’s a human being growing inside of me, and I’m so young, I’m almost a baby myself,'” she remembered thinking. “I didn’t really care about any of that nonsense, but when we did announce that I was pregnant, I did hide away for a little bit during that time and I didn’t have a phone. But of course, the paparazzi still found me. It’s not like I was in LA walking down the middle of the most popular boulevard; I was in the middle of nowhere Mississippi.”

Her pregnancy came right when “Zoey 101” was coming to an end — something she is adamant had nothing to do with her getting knocked up. Though she said she’d be able to easily clear things up on social media now, that wasn’t an option at the time.

“I didn’t become pregnant until probably six months after we wrapped or something like that, but some of the episodes had not aired yet,” she explained. “I think that there was a conversation with Nickelodeon, rightfully so, of, ‘Do we air these episodes?’ But the show had already wrapped and there was never a negotiation to go into any more seasons. We were too old. It was done.”

Spears retreated to her hometown in Louisiana, where she got herself a house of her own and lived there after she gave birth.

“I put a big gate up around it, and I was like, ‘I’m going to stay here, raise my baby, and figure this out because this is real life. I’ve put myself in this situation, I’m not condoning it or saying it’s right, but these are the cards that I have to play,'” she said. “And I tried to do the best that I could. And yet, sure enough, everywhere I went in Mississippi for that whole nine months, there was always paparazzi on me everywhere I went. But I just knew that if I just stayed away from it long enough that I could give my child some sense of normalcy back in her life.”

After she and Aldridge welcomed their baby girl, the two split for good in 2010. She eventually settled down with businessman Jamie Watson, marrying him in 2014 before welcoming a daughter in 2018.

She’s now banking on that “Zoey 101” nostalgia by dropping a revamped version of the show’s theme song, originally co-written by sister Britney Spears and remixed by DJ Chantel Jeffries. “Follow Me (Zoey 101)” drops October 22 at 10:22 PM.

One other interesting tidbit from the NYLON profile: Spears auditioned for a role in “Twilight,” an audition she said her managers begged her to go to.

“They had to force me. Force me,” she recalled. “I remember just thinking like, ‘Y’all are insane. I’m not playing a vampire. That is so stupid. Why would I do that?’ But I went and read for that role. I remember sitting in this little room, and I think Lily Collins was there, and I felt so sick. Little did I know, I was pregnant.”

Collins previously revealed she auditioned for the role of Bella, which eventually went to Kristen Stewart.

Andrew Cuomo Claps Back At Donald Trump After He Criticizes Him For Writing & Promoting His Book
Amber Rose, Rumer Willis Share Experiences with Nonconsensual Sex on Red Table Talk