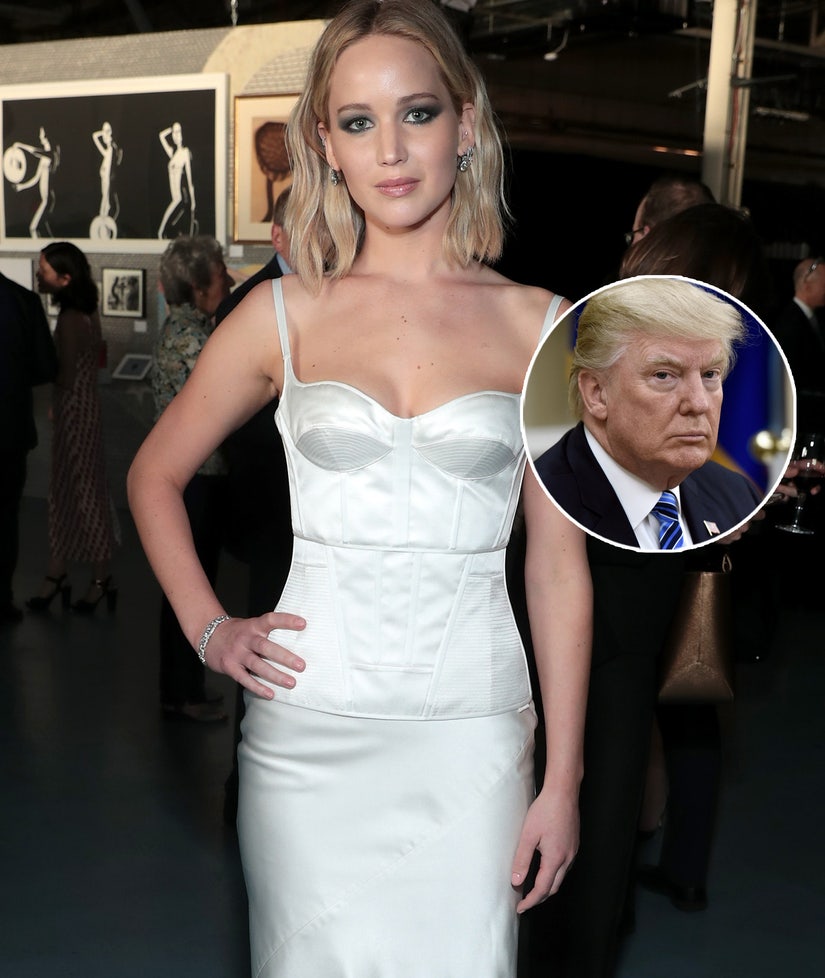 The Oscar winner chose John McCain over Barack Obama in 2008.

Jennifer Lawrence opened up about being raised Republican and where she stands now just weeks before the presidential election.

During a stop by the “Absolutely Not” podcast on Thursday, the Oscar winner, 30, dished on leaning towards the GOP side before Donald Trump took office.

“I grew up Republican,” the “Silver Linings Playbook” star revealed. “My first time voting, I voted for John McCain. I was a little Republican.”

She recalled seeing “the fiscal benefits of some of the Republican policies” while growing up in Kentucky, but later realized the party’s views on social issues didn’t align with her own, so eventually she “changed [her] politics based on the things [she] learned.”

And Trump’s four-year reign “changed everything” for the movie star.

“This is an impeached president who’s broken many laws and has refused to condemn white supremacy,” Lawrence explained on the podcast. “And it feels like there has been a line drawn in the sand. I don’t think it’s right, it just changes things for me.”

Last month, during the first presidential debate, Trump teetered on denouncing white supremacy organizations, telling the right-wing group Proud Boys to “stand back and stand by.” He later condemned them in a Fox News interview.

Despite not giving her support to Barack Obama back in 2008, Lawrence fondly remembered his days in office, recalling how people would “go days, maybe weeks, without thinking about the president because everything would generally be okay.”

In the beginning of October, Lawrence endorsed Joe Biden and Kamala Harris in November’s election, telling V Magazine, “Voting is the foundation of our democracy and our freedom. And I would consider this upcoming election the most consequential of our lifetime.”

“Donald Trump has and will continue to put himself before the safety and well-being of America,” she continued. “He does not represent my values as an American, and most importantly as a human being.”