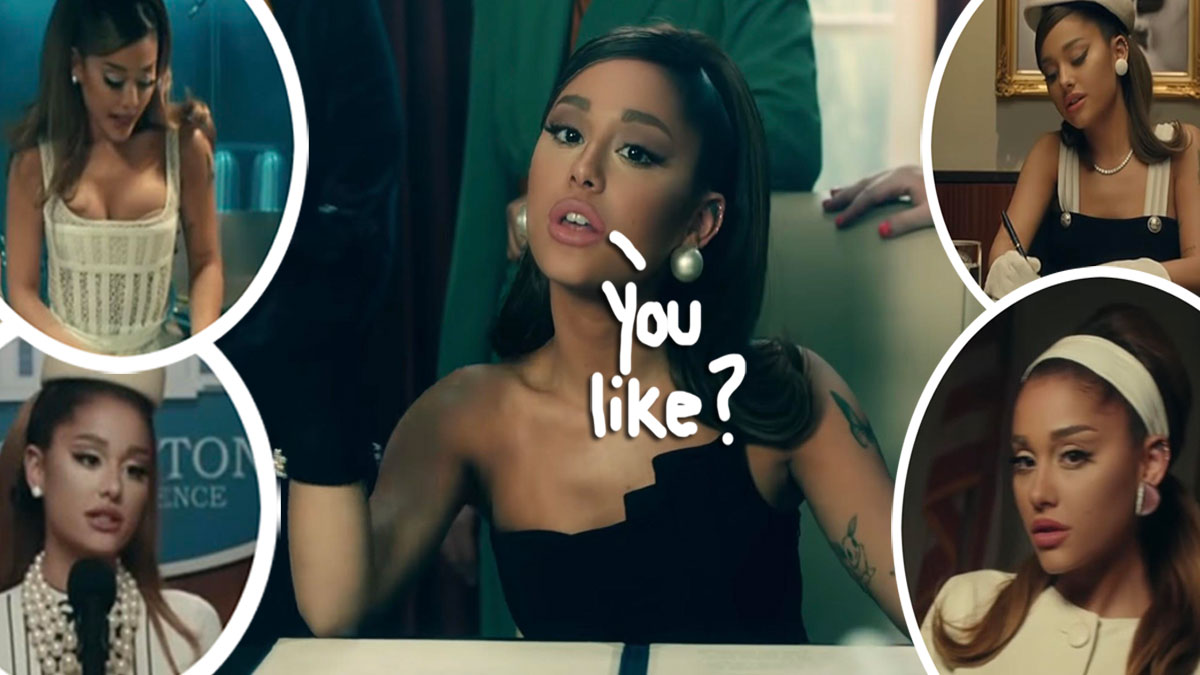 Ahead of her sixth album, Ariana Grande made her comeback Thursday night with the release of the first single, Positions!

The 27-year-old singer’s new track dropped with a Dave Meyers-directed music video, too, showing Grande serving different lewks in the White House! Ari — or should we call her POTUS? — sings about taking on different roles for her flame while literally switching up positions throughout the President’s residence!

She croons on the lead single:

“Switchin’ the positions for you / Cookin’ in the kitchen and I’m in the bedroom /I’m in the Olympics, way I’m jumpin’ through hoops / Know my love infinite, nothin’ I wouldn’t do / That I won’t do, switchin’ for you.”

Ch-ch-check out Positions (below) and let us know what U think!!

The sweet ballad isn’t the club banger we wanted, so we can’t say we’re not a little disappointed. After all, who didn’t want Ariana to come out with an uptempo song you can f**k to?! Instead, we got slow foreplay, but we’re really hoping her upcoming album delivers!

Said to be coming out October 30, the Rain On Me songstress only first teased news of her project on October 14, writing at the time on Twitter:

“i can’t wait to give u my album this month.”