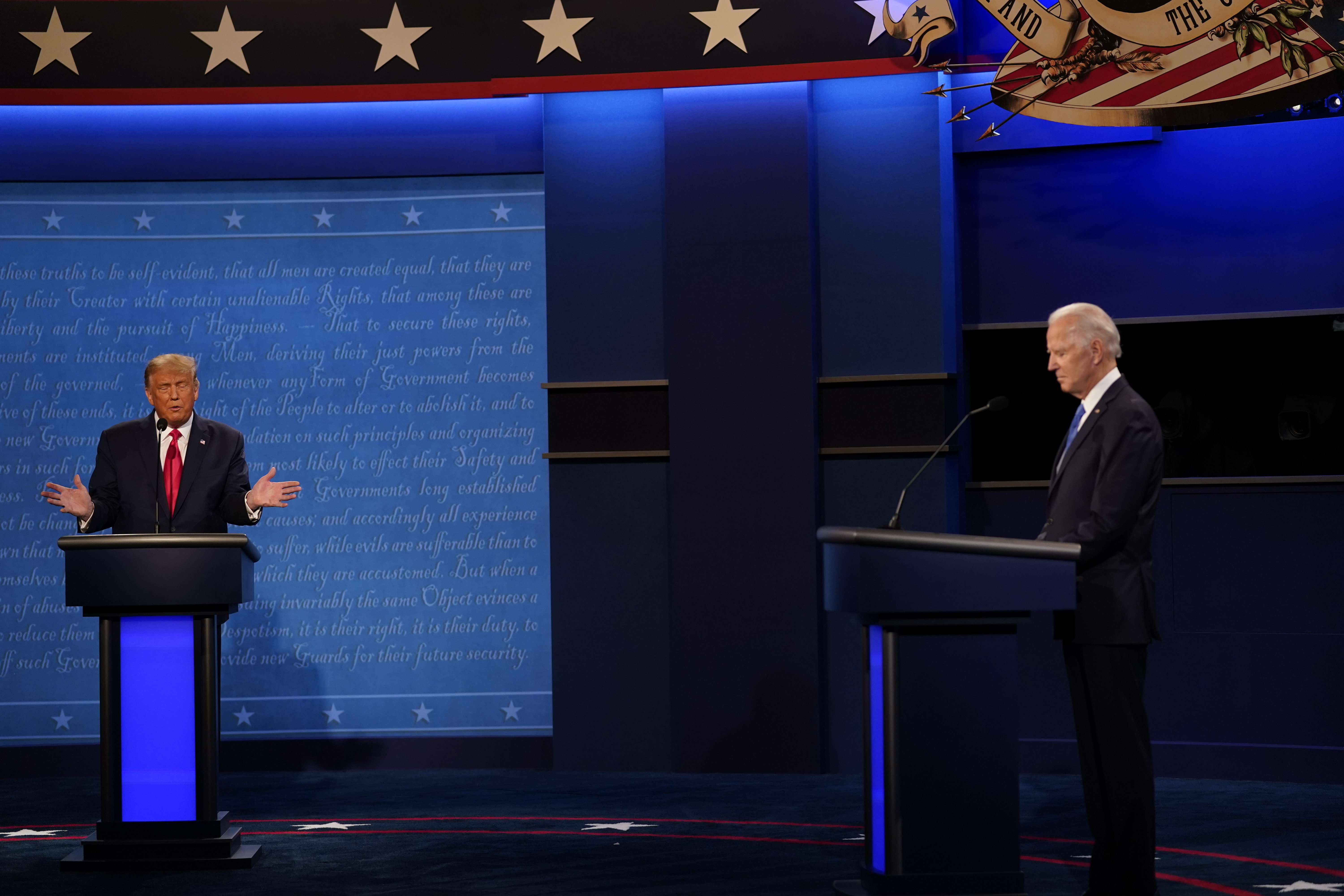 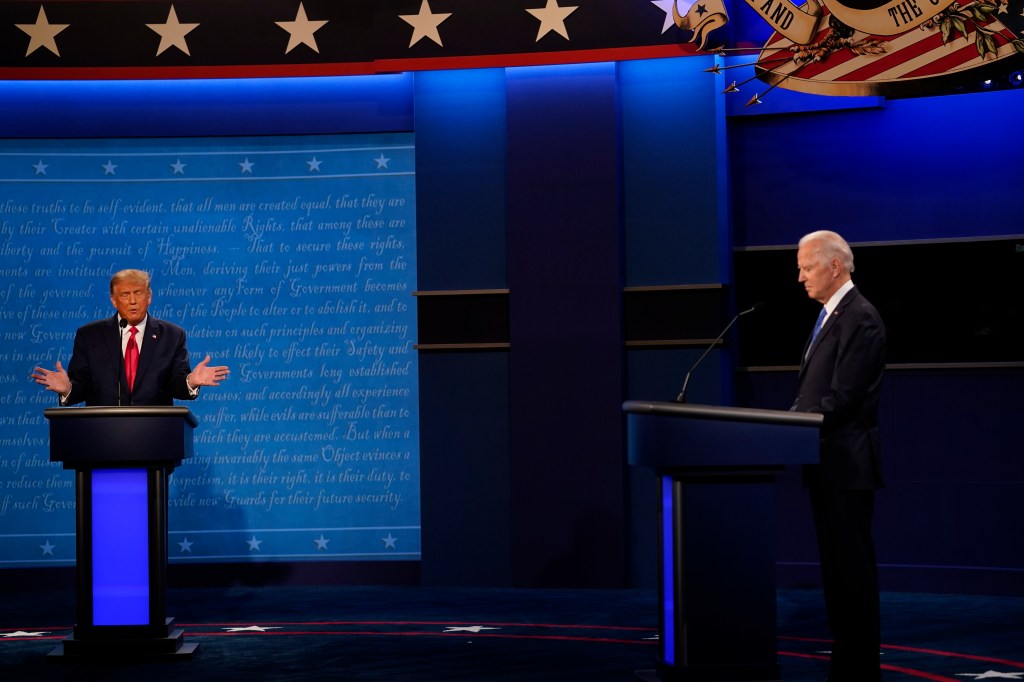 President Donald Trump and Vice President Joe Biden opened their debate with a very different tone than their last encounter: It was actually pretty civil.

As moderator Kristen Welker spent the first 20 minutes asking questions about the handling of the coronavirus, Trump steered clear of some of the theatrics of the first debate. At one point, he even was polite to Welker, telling her, when he was given time to respond, “Thank you, and I appreciate that.” That was a contrast to his attacks on her over the past week.

But the two candidates were still biting in their criticism of the other. Biden slammed Trump for his response to the outbreak, including when the president said that he takes “no responsibility.”

Trump talked about his own experience having contracted the virus. He tested positive two days after the last debate.

“I caught it. I learned a lot. Great doctors, great hospitals and now I recovered,” Trump saod. “Now we have to recover. We can’t close our nation.”

Biden, though, said that Trump was still lacking a response to the virus as another wave strikes in states across the country.

With 36 million votes already cast in the presidential election, it was unclear just how impactful the event would be. But the event is being viewed as the last, best chance for Trump to change the dynamics of the race before a national audience, as polls have consistently shown him trailing his Democratic challenger.

The debate is the second between Biden and Trump, after the president canceled his participation in a town hall event last week. Since then, Trump and his campaign have continued to criticize the organizers of the debate, the Commission on Presidential Debates, as biased. The attacks on Welker have followed a pattern of Trump going after whoever is asking the questions at the debate, whether it be to “work the refs” in advance or to claim that the process was unfair afterward.

NBC News’ Chuck Todd said beforehand that the “stakes couldn’t be higher because of the precarious position the president is in. He is trailing. He is behind. He needs to change the trajectory of the race. I think it does explain the president’s behavior over the last 48 hours.”

That has included Trump’s decision to release video footage of a 60 Minutes interview, set to air on Sunday, because he was upset over the nature of correspondent Lesley Stahl’s questions. And at the debate itself, his campaign brought Tony Bobulinski, Hunter Biden’s former business partner, to speak to reporters and claim that the elder Biden discussed business with his son. The Biden campaign responded by saying it was a “pathetic farce executed by a flailing campaign.”

The commission put in place a series of protocols in advance, including a requirement that both candidates test negative before the event. A plexiglass barrier was initially placed between Trump and Biden as a precaution, but was removed after the commission received the results.

The most noticeable difference to viewers is the introduction of a mute button, in which a candidates’ microphone is silenced during certain periods when their rival is talking. The commission out those new rules in place after widespread complaints over the first debate, in which Trump constantly interrupted Biden, far more than the other way around. The actual mute button is the responsibility of a commission producer, not Welker.

Lester Holt, who moderated the first presidential debate in 2016, gave Welker some advice about being in the spotlight. He said during the network’s coverage, “I’ll tell you something I shared with her, that is, it’s a very lonely moment when you turn your back and you sit there and you look at these two very powerful people and realize you’ve done your homework, but you’ve also watched weeks of people talking about you on cable TV, what you’re gonna do, what your political leanings are. It’s a lonely place.”