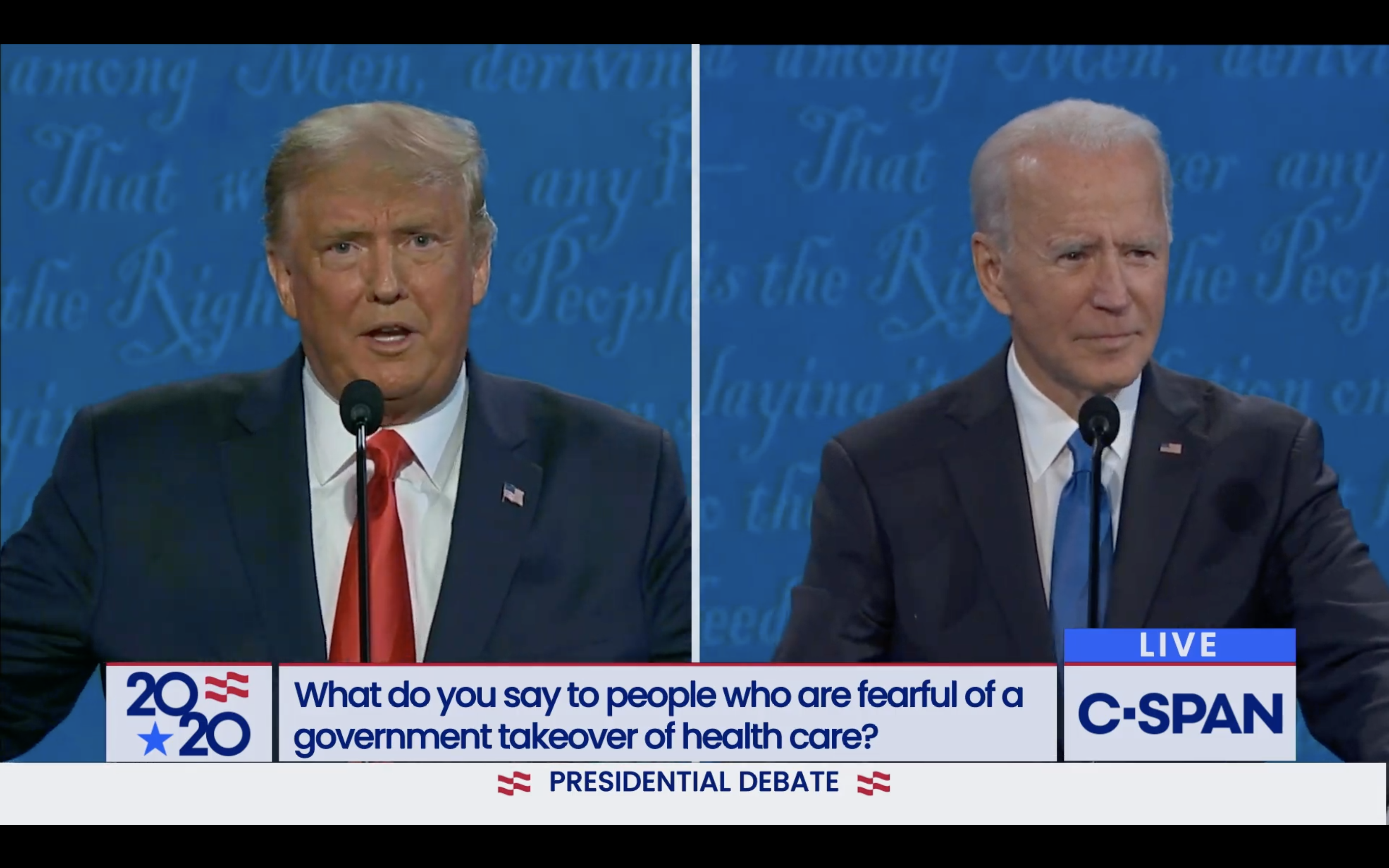 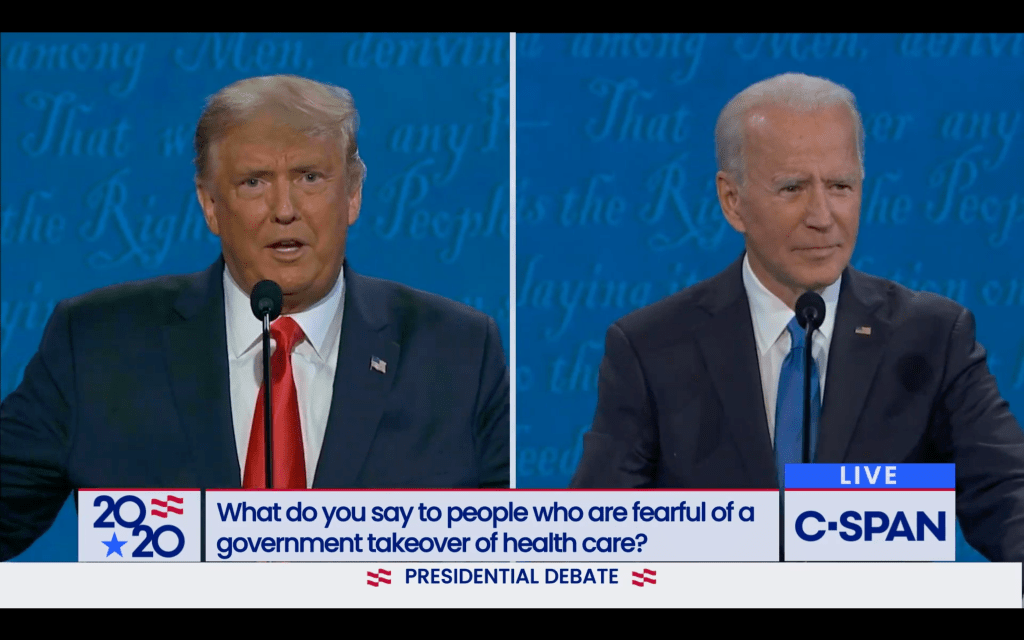 It’s the last debate before the presidential election, and the partisans are lined up in their pews to preach to the choirs of true believers.

We’ll update as more celebrity reactions roll in. The tweetstorm so far:

A picture from my mom and dad – the only way they can watch the debates #Debates2020 pic.twitter.com/uLaCVK4Xp6

Biden says Trump is “responsible for” the 220k+ dead from COVID. Do Americans really believe that? That it’s Trump’s fault?

What the hell happened to the mute button? #Debates2020

“Abraham Lincoln over here” one of the funniest Biden comments

Trump is a liar, Biden is an honorable man who raised his boys on his own after his wife was killed in a car accident.

WHAT IS TRUMP HIDING?

If Trump has his way, the ACA will “magically disappear” — and with it coverage for preexisting conditions. Trump’s insistence on destroying the ACA hurts all American families! #Debates2020

“Rolling around in bed?” Every major Democrat city in America has tens of thousands of homeless lying on the pavement – hungry, disoriented, diseased, and hopeless. In your world, Joe, nobody’s in bed and certainly nobody’s “rolling around.”

Reports: Trump to use “self-deprecating humor.” Gotta see him try that out for size! I’ll be live tweeting. #Debates2020