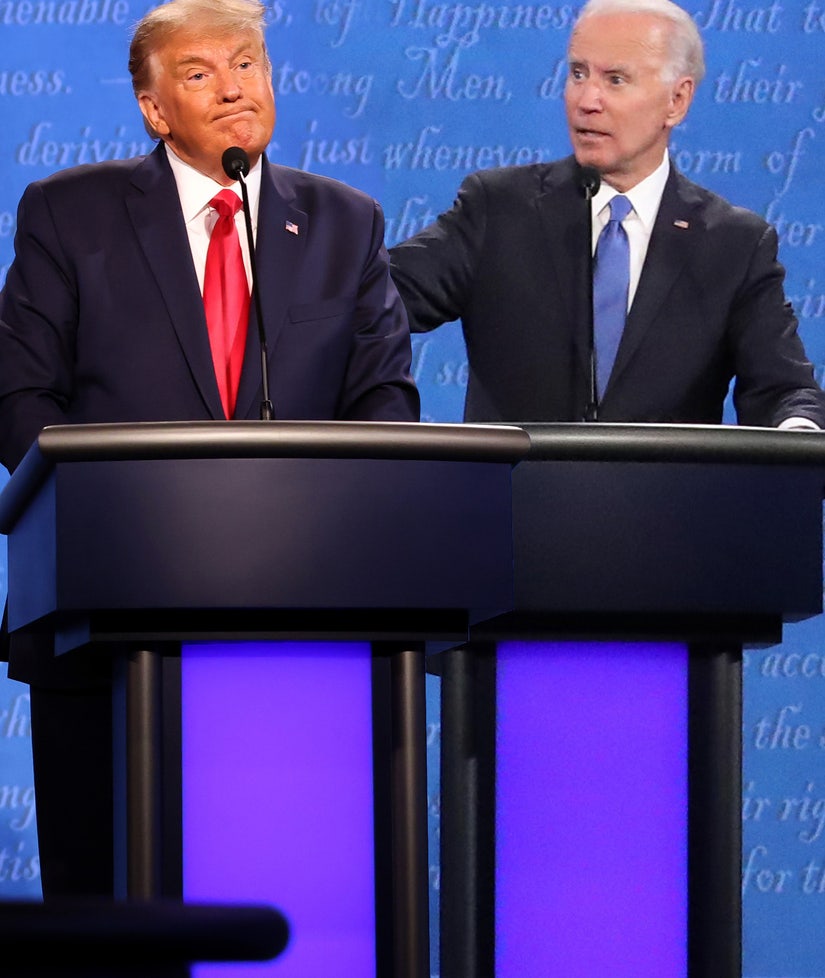 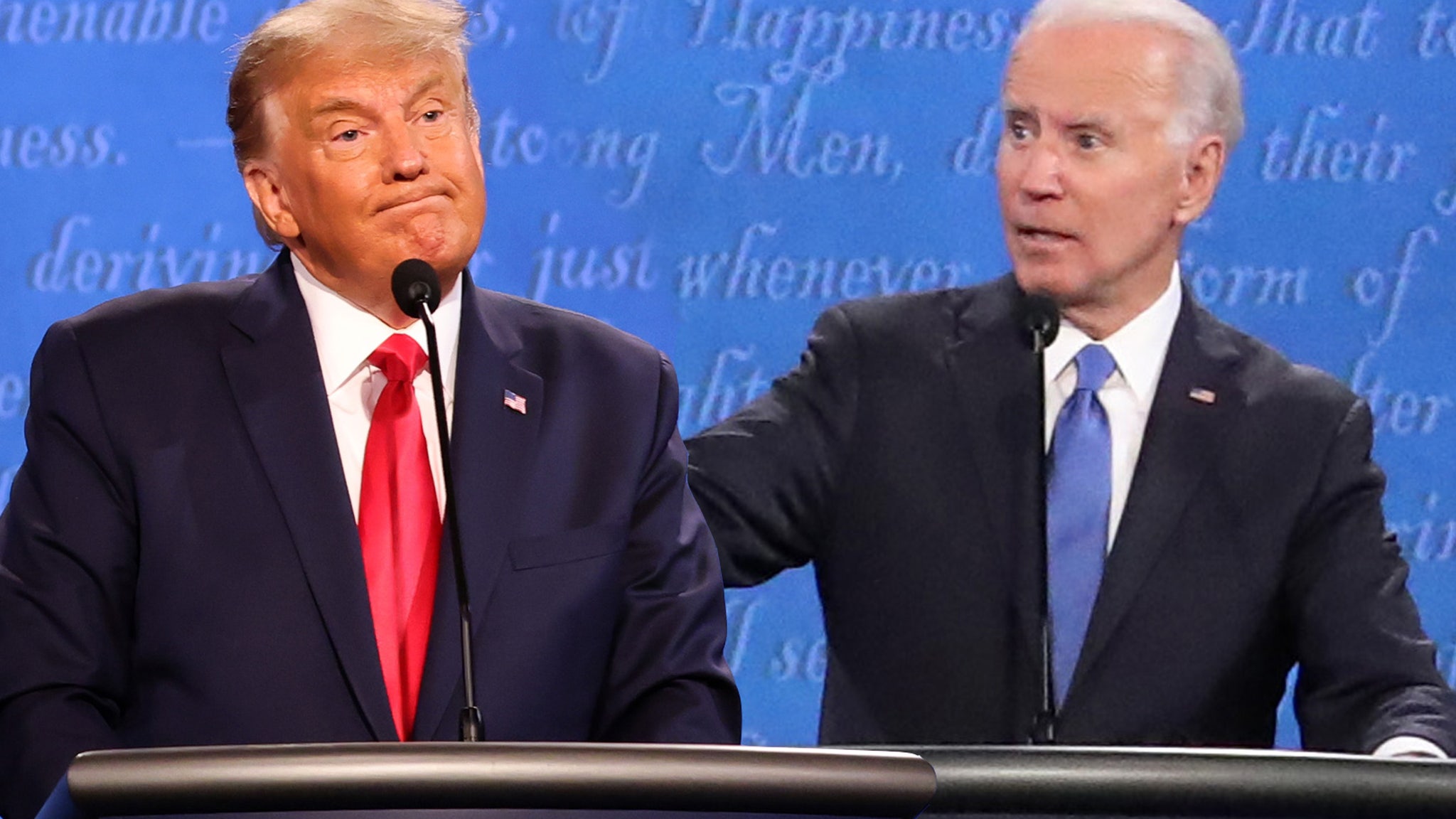 Trump, however, still had his own small team of celebrity supporters.

While less of a — as Dana Bash plainly put it — “shit show” compared to the last presidential debate, last night’s stand off between President Donald Trump and Vice President Joe Biden still had everyone talking on social media as it aired.

Trump was certainly more measured than his previous performance, but still gave Hollywood’s liberal population plenty to talk about throughout the evening. Of course, there were also still a smaller — but equally vocal — contingent of conservative stars who had POTUS’ back all night.

Below are the most viral moments of the evening.

New York Is a “Ghost Town”

During the conversation about the president’s reaction to the COVID-19 pandemic, Trump said the economy was taking a hit because of some of the stricter shutdowns.

.@realDonaldTrump, New Yorkers are bringing our city back stronger than ever. It’s nothing short of heroic. The only “ghost town “ will be Mar-a-Lago after you’re forced into retirement on Election Day.

Parking on the street is still fricken hard in the ghost town just fyi.

NEW YORK CITY IS NOT A DAMN GHOSTTOWN

New York is not your wonderful city. New Yorkers hate you.

And it’s not your city

NEW YORK IS NOT YOUR CITY, DONALD.

New York is not a ghost town but Trump’s failures are going to haunt our country forever. #TrumpMeltdown #TrumpIsNotAmerica #TrumpLied220KDied

Kids In Immigration Detention Centers Are “So Well Taken Care Of”

As the two tackled the topic of immigration, a recent report claiming the Trump administration can’t locate the parents of more than 500 children separated from their families after being detained at the border became a talking point.

Trump said his people were “trying very hard” to reunite the kids with their parents, before claiming the children were “so well taken care of” in detention centers. Biden, meanwhile, said the situation “makes us a laughing stock” and “violates every notion of who we are as a nation.”

“The kids in cages are so well taken care of. Except that we can’t find their parents.”

Tomi, this is fucking cruel. Even for you.

“They’re well taken care of!!!!!” Go to hell. You’d have NOTHING without your parents money and your dad STILL hated you!!!

Trump can’t relate to parents who actually want to see their kids.

They have lost their parents! How can they be well taken care of? They are in fucking prisons, they are not “WELL TAKEN CARE OF”. It’s an atrocity. It’s sick and it’s a sin. #Debates2020

The portion of the evening dealing with race relations in America was one of the most talked about of the evening, after the president once again said he’s done the most for Black Americans since Abraham Lincoln.

“I think I have great relationships with all people. I am the least racist person in this room,” he said, while Biden poked fun at the Lincoln mention, saying “Abraham Lincoln over here is one of the most racist presidents we’ve had in modern history.”

“You made a reference to Abraham Lincoln, where did that come in?” asked Trump, as Biden pointed out that he, in fact, had. As the back and forth continued, Biden eventually couldn’t hide his exasperation, letting out an “Oh God” that went viral.

Anyway, vote the racist idiot out of office. Save 2020

Anyone who says they are the “least racist person” is ALWAYS lying.

When Abraham Lincoln was mentioned I floated away like the old man in Up.

“I am the least racist person in the room” – Donald Trump

Trump: “I am the least racist in this room.”

Donald Trump just told a woman of color, who he has repeatedly attacked, that he is the “least racist person in the room”.

And she is such a consummate professional, she didn’t burst out laughing.

“I Know More About Wind Than You Do”

As the conversation changed to climate change, Trump made sweeping statements about wanting “the cleanest air” and “crystal clean water,” before criticizing Congresswoman Alexandria Ocasio-Cortez’s — or, as he put it, “AOC plus three” — plan to tackle the issue.

As Biden pushed for a shift to solar and wind energy, Trump said, “I know more about wind than you do. It’s extremely expensive. It kills all the birds.” POTUS also reiterated his claim that Biden’s plan would require buildings to replace existing windows with smaller ones for energy efficiency.

AOC herself was one of the first to react.

It’s actually AOC plus 115 because that’s how many House and Senate members have cosponsored the most ambitious climate legislation in American history.

How much is wind going for these days? #Debates2020

“I know more about wind than you do.” The first true thing Trump said all night.

Trump tonight looks like a drunk comic who is workshopping a tight 90 he developed on QAnon chat rooms.

Did he just say wind hurts the birds?

Stars were vocal on Twitter all night long, as they tweeted about Trump’s refusal to release his taxes, his claims Biden has been hiding in a “basement” throughout the pandemic, his overall tone and demeanor and his lack of specifics in regards to a replacement for Obamacare.

.@joeBiden cares about American lives and their livelihoods. Trump doesn’t care if we live or die. Therein lies the fundamental difference between Biden and Trump. #Debate2020 #TrumpLied220KDied #HealthcareVoter

None of this gets any less surreal. Or less sad.

I volunteer to put Trump in a basement for a year and a half.

Wow. Even by Trump standards, this is an embarrassment for him.

is it my tv or is he actually that red?

We literally have the stupidest leader of all of the developed nations.

I don’t know what sedative cocktail Trumps on tonight but I want it for my dog next time we go to the vet.

Trump blames Fauci
What an Asshole

Sorry to circle back to this but Joe passing on responding to Trump’s nonsense had the same energy as someone in a bar responding to, “You wanna say something to that drunk yelling about the Star Wars prequels?” with a, “Fuck no, let him tire himself out…” #Debates2020

When Trump’s audit started I was straight.

WHAT IS TRUMP HIDING?

Stop talking and whining and release your Tax Returns! We all have to deal with the IRS. SHOW US! #Debates2020

It is amazing how much bullshit can come out of one sitting President’s mouth. Wow.

Trump explaining his bank account in China sounds exactly like the time Sara tried to explain to my mom why she was rollerblading in the garage at two in the morning while high on acid when we were 16 years old. #Debates2020

Biden’s plan will NOT take away healthcare from anyone! It expands insurance for everyone! Plus protect pre existing conditions. #Debates2020

“Trump Absolutely Rolled Over Joe Biden Like a Steamroller”

Of course, not everyone in Hollywood is on Team Biden.

Trump’s most ardent celebrity supporters — namely, Kirstie Alley, Scott Baio and James Woods — all tweeted along with the debate as well, offering up a very different perspective to the night’s biggest moments.

Biden is rattled because you can use your next words are gonna be about his crimes and HUNTER.. Hit him with your best shot!

I understand the teacher from Charlie Brown far better than @JoeBiden WTH is he saying?

The only reason I’m not commenting on the debate so much, is that I’m still dancing on air. Trump absolutely rolled over Joe Biden like a steamroller.

Joe Biden looks like the most tired, defeated, hack politician ever to draw breath in the history of this nation. He makes the word “hello” sound like a talking point. #ByeByeOldJoe

Trump’s tone is close to perfect tonight. He reaffirmed how he’s gotten tough on China, stayed out of wars, saved the steel industry, and preserved the economy even during the pandemic.

Trump won this debate, handily. Biden wasn’t a force at all. Trump was substantive, on-point, well-tempered. Definitely helped himself, when it mattered most.

Quibi: Final day of service for the app will be December 1
Trailer for Crazy Sci-Fi Sequel ‘Skylin3s’ Heads to Their Home Planet