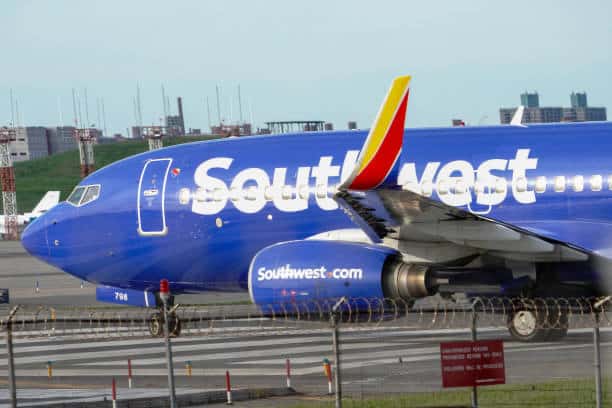 If it ain’t bout the money!! Starting December 1st, Southwest Airlines will start filling all seats, and no longer leaving the middle seat open.

On Thursday, the company stated, “Today, aligned with science-based findings from trusted medical and aviation organizations, we will resume selling all available seats for travel beginning December 1, 2020,” CEO and Chairman of the Board Gary Kelly said in an earnings press release. If you have a problem with this, passengers can opt to fly a less crowded flight. This comes after the airline announced it lost $1.2 billion in the third quarter.

Earlier this year, Southwest Airlines stopped their modified sanitization policy. On Aug 1, the airline  modified its sanitization policy to focus only on bathrooms and tray tables, and not includinge seat belts and armrests. Those areas will now undergo a deep cleaning for six-seven hours, at night.

This comes as the company tries to prioritize high-touch areas and minimize turnaround time.

“These are the most important areas to clean between each flight as they are prone to contamination from Customer use and food/beverage consumption,” a memo shared with USA Today  read.

The company also told Fox News there was a “multi-layered approach to cleaning,” which includes using a broad-spectrum disinfectant to clean lavatories and tray tables at every seat between each flight.”

As we previously reported, American Airlines stopped social distancing this past summer.

“That was before we had extensive cleaning initiatives, face mask requirements and an extension of waivers for customers. That’s the reasoning we ultimately feel it’s safe and prudent to lift these restrictions as of July 1.”

Passengers will not be booked in middle seats through Thanksgiving.

Lauren Townsend Steps Down As EVP Communications At Starz
Camila Cabello Chopped Off All Her Hair! See The Pics!