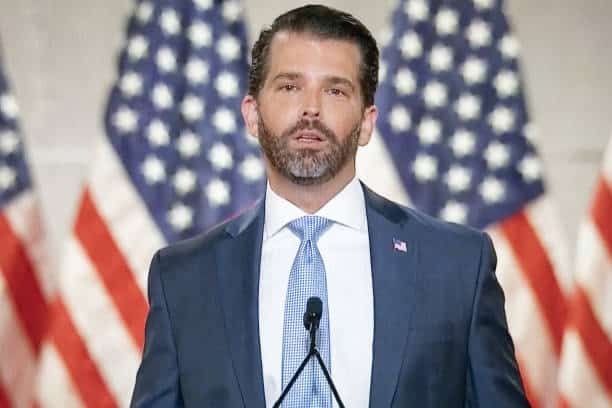 On Friday, it was reported that Donald Trump Jr. had been infected with COVID-19. A spokesperson for the family stated he had no symptoms and would be self-quarantining.

“The spokesman says the younger Trump learned his diagnosis earlier this week, has no symptoms and has been quarantining.”

On Saturday, President Donald Trump says  his eldest son, Donald Trump Jr., is doing “very well” in quarantine after becoming infected with the coronavirus, according to the Associated Press.

If you recall, Donnie, Melania, and Barron Trump contracted the virus in October. Since then, Donnie has claimed he was “immune” to the virus.

Donnie also said he would make the medication he took (Regeneron), which has not gained government approval, free to anyone who needs it.

Not giving any details about how he would do this, Regeneron said it had submitted an application to the Food and Drug Administration for emergency approval, according to The New York Times.

While explaining how much better he feels, he was adamant that this was a cure.

“I call that a cure,” said Mr. Trump, and also stating that everyone who was infected should have access to the medication and it should be  “free.”

He also stated that he would have it in hospitals as quickly as possible.

COVID-19 has infected many people in the White House.